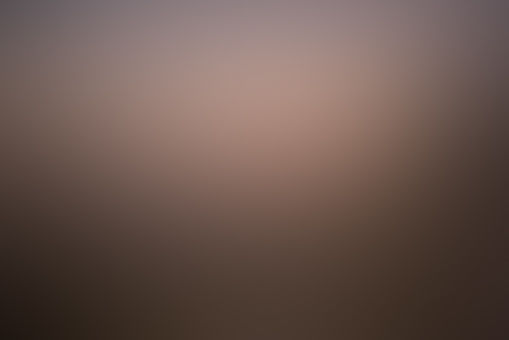 mountain_golden Community member
Autoplay OFF   •   a month ago
Transcript Use Images
Madison has liked Dante for 2 years now. She gets invited to his birthday, and goes head over heels about it. Lots of fun things happen at the party. Some were even interesting. You read and find out
feelings first kissfirstkiss

It was the end of the day. I sat there in the back of the classroom looking at him. Dante sits across from me, and I can see almost all his black eyes and curvy bangs in his face.

he pointed to the teacher, and I stood up. "Ok, so I guess we know that Madison is here, you can sit down now." She says. I sat down blushing from my stupidity.

i looked up and Dante was staring at me, smiling. This only made me blush even more then before. I turn my head so he wouldn't see my red face.

Emerald (my other best friend since 5th grade) started laughing. She started motioning heart signs to me.

So I just just turned back to my desk laughing, but mainly to cut off some slack of what just happened. It had been a long hour in English class, and I was ready to get out of there.

While I was putting my stuff in my backpack three guys from class came over to my desk. I realized instantly that they were Dante's friends. They asked if I wanted to come to Dante's party.

"Why, you've never asked me to come to your parties before," I asked, Jason and Emerald walked over to my desk interested in the conversation.

Lance (Dante's best friend) put his hands on my desk to where he is only a foot away from my face. Before he got to say anything Dante pushed him back.

"It's fine, if she doesn't want to go," he said laughing. They started to walk away. "Wait" I say, stopping them in their tracks "Is it like a regular party or is it someone's birthday.

Like what is the special occasion" I already knew the answer to that question.

Dante's birthday was this Saturday and I had spent my entire weekend and allowance trying to make him the "perfect gift". My friends knew it too because I dragged them with me. But I didn't find anything

"Why does it matter" Owen, another one of Dante's friends said. I got up to put my backpack on "Because" I say, dragging it out, "My mom is very protective" "Why does that matter.

Everyone's parents are protective" he said back. I look at my friends, and instantly they knew I was about to do some talking.

I was about to explain when Jason stopped me and whispered, "Why are you acting dumb, you know it is Dante's birthday" "Because I want to" I said back smiling.

Jason stepped away, and I turn back to Dante and his friends and began explaining. "My mom is a helicopter parent.

Other than being at school, my house, Emerald or Jason's house; She wants to know EVERYTHING about what I'm doing," I say,

"So other than her being there with me at the party; she would probably call every 10 - 15 minuets, which will basically ruin my fun. And that's only for a birthday party."

Once I finished the guys just looked at me with confused looks on their faces. "It basically means her mom won't let her go without hourly watch," Jason says. They all said their ohs.

Jason was always able to help people understand what I was trying to explain. "Well," Dante started, "It's my birthday this Saturday. And I was inviting people from class to come.

If you want to," "i'll ask my mom" i said back. It took a lot of explaining, but she finally agreed. The rest of the week went by and all I could think about was Dante's party.

The final bell rang, and I sprang from my seat. I went to Emerald's desk and said that I was going to need help getting ready for the party tomorrow.

"You know Madison, sometimes you can be a little too much," she said. I just smiled and started walking to the door, that's when Dante stopped me in my tracks.

"Hey, Madison so did you talk to your mom about going to my party" he put his hand on his neck and looked at the ground.

"Yeah, Yeah I'm allowed to go" "Uh cool, cool, uh see you there then" " Yeah see you." I waited at the front for Emerald and Jason "What is taking them so long" I said to myself.

We went to my house and my mom provided us with freshly baked cookies and some juice. It took us a while, but I finally found the perfect set of clothes to wear.

My mom drove me to the party. I was pretty late, but on time. His house his huge. There was about 14 people there already. I was greeted by Jason who said that Em was hogging the food table.

I was about to go join her when i was stopped by Dante's friends. They asked random questions about the party then walked away. I was confused but shrugged it off.

Later on when everyone got settled we played some party games. Me and Emerald didn't join in. Then someone called out "Let's play 7 minutes in Heaven." Me and Em just looked at each other.

We knew that we couldn't get out of this one. Jason walked over to us. " Well this is going to be interesting" He said. I nodded. Emerald walked to the food table and I followed.

"The first two are" Lance called out, "Owen and Jason." Me and Emerald smiled, Jason blushed. Jason has liked Owen since 5th grade, and we are in the 9th.

I pushed him to the closet, Owen was already there. I whispered to him before he went in "Have fun, lots" he turned around so quickly, but i closed the door before he said anything.

I turned around with thumbs up to Em. When i walked back to the food I caught a sight of Dante, he was staring at me as I walked. I turned my head so he wouldn't know I was blushing.

Jason and Owen came out after 10 minutes. "That was more than 7 minutes Jason, are you okay" i said.

"Jason, come sit with me" Owen called from across the room, every one started making weird noises. Jason looked back at me and Em.

We were motioning him to go, he walked over there like a happy little puppy getting a treat, it was so cute.

Next was Lance and Mal, they've been dating for a year now so nothing was new about them. a few more groups went in.

Some came out good, others we could hear them arguing with each other from the other side of the house. Me, Emerald, Dante, and Cassidy were the last people left.

Lance jumped up and said the next group "Emerald and Cassidy." She looked at me. Emerald liked Cassidy ever since Cassidy came to this school in the 7th grade.

I could tell they really liked each other, but I always second guessed that there was another girl who was gay. Before, I realized it me and Dante were the last two.

I looked at him, but he was already staring at me. He smiled and I blushed. We had locked eyes for a while then I got a text. It was my mom, she said she was outside and i had to come out now.

I sighed and texted back ok. I walked over to Jason who was giggling with Owen and told him that I had to go. He nodded.

I started for the door, I got halfway through the hallway where the door is till i was stopped by a pull on my hand. It was Dante. "Leaving already" he said not letting go of my hand.

I looked down at our hands, and started blushing. "Um, my mom is outside" I said, "She's waiting for me now." He looked down, but didn't let go of my hand.

"I'm gonna go now," i said breaking free of his grip. I turned to start walking, but he grabbed my hand again, but this time he pulled closer and kissed me.

I can't believe it, my first kiss, from a boy that I really like. It was a soft kiss; and he held me in his arms while we locked lips. When we stopped, He whispered "I really like you." I looked down blushing hard and smiling, "I really like you too."

Still holding me; we stood there looking at each other. Which seemed like forever. My phone buzzed; breaking our focus. "Oh that's my mom, she's still waiting for me outside.

I stood there for a minuet, then quickly kissed him on the cheek and gave him the present I made. Then I walked to the door. "See you Monday, Dante," I waved. As I walked out the door I heard him trying to get his words out. But couldn't

I got in my mom's car, and just stared out the window. "Did something happen, Madison" my mom said. "What, oh, no, nothing happened" My mom doesn't need to know yet. She isn't ready, but I am.

My first kiss, and my first boyfriend. All in one day on his birthday. Was that his Birthday Wish?