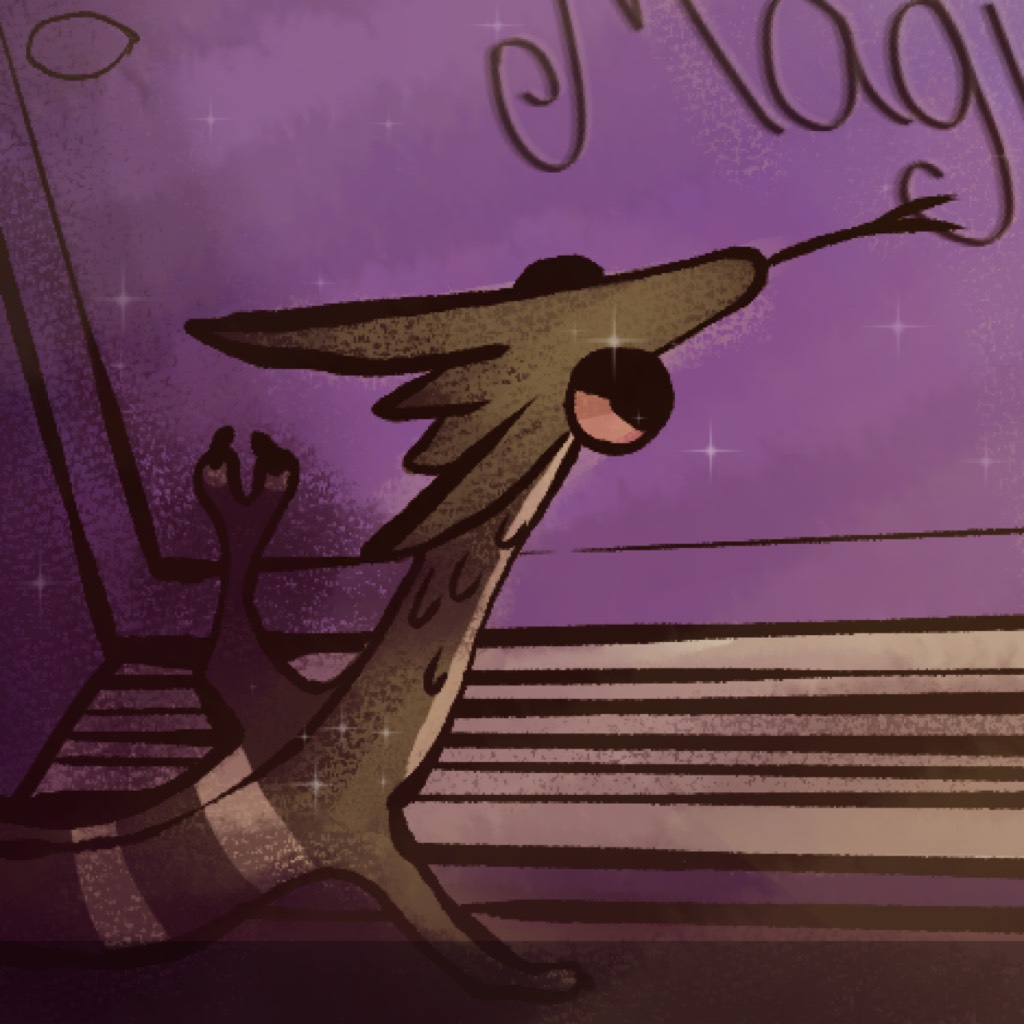 Nat stood behind the counter of their parents’ shop, head leaning against the palm of their hand, heavy with boredom.

Usually, Nat spent their weekend running down the winding paths of the nearby forest, hunting creatures for their magical powers.

Today was not that kind of day. They were helping out around the shop, watching as customers poked around and inspected every potion and bat wing.

A little old lady, white and covered in a dusting of flat moles, walked up to the counter. Nat straightened, plastering on a fake smile. “How may I help you, Ma’am?”

The old lady grinned. “Do you have any dragon toes by chance?” Nat blinked at the old lady, a real smile slipping over the fake. “Finally,” they thought. “Something interesting.”

“We have live Toe-shedders just out back,” Nat told her. “Just one second.” Nat left the counter and hurried out the the back of the shop where the family greenhouse slept. The greenhouse towered the shop and was covered in enchanted plants thy protected the heavily locks on the front doors.

With a wave of their hand, the locks dropped to the dirt and Nat was able to slip inside.

The greenhouse’s insides were stuffed to the brim in giant piles of junk, each one an individual dragons hoard.

The Toe-shedder dragons lived on the west side of the greenhouse. The little blue creatures, no bigger than Nat’s thumb were curled up on a massive hoard of toes.

Nat learned early on that the blue dragons shed their toes every morning and night. They kept the toes too, piling them up from oldest to newest.

Nat uncapped a small vile from their belt as they approached the dragon hoard. They took a scoop, filling the vile until it was nearly bursting. What they didn’t notice, however, was the blue dragon sneaking up from behind.

With a loud firework-like pop, the dragon shot a ball of fire at Nat’s head. The child heard the pop and was quick on their feet as they ducked and rolled out of the dragon’s path.

“Easy, girl!” Nat called to the dragon, running to the exit. “I didn’t take that much!” The dragon wouldn’t listen, eyes seeing red as she looked at the empty space where her toes had been carefully placed only moments ago.

She shot a few more balls of fire at Nat’s head but Nat managed to reach the exit, slipping away in just the nick of time.

Back in the store, Nat handed over the vile of toes to the old woman. She thanked them, handing over a baggie of coins before going on her way.

Nat looked around the store again, sighing when no one came up asking for something fresh. It really was going to be a boring day.