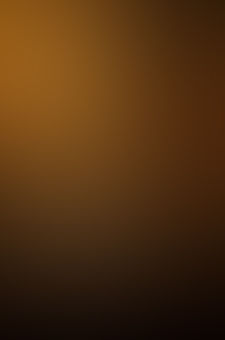 moonstone45 Community member
Autoplay OFF   •   8 months ago
Transcript Use Images
This is a short story made to motivate teenagers....read to find out how

TheleTso is a young boy from the city of Polokwane in a small township in Ext 44. He was 9 years old and his father was a businessman and a drunkard while his mother was a doctor.

He didn't have friends except an elderly man in his street who taught TheleTso football and some few great skills. TheleTso was very intelligent when it comes to his studies.

Now the boy is a teenager. The elderly man introduced him to a new football academy in his hometown.

When practice started the entire academy boys thought TheleTso was unable to play but when TheleTso got hold of the ball he showed amazing and fantastic football drills and skills.

The academy boys started being green with envy and jealousy because TheleTso became the best of them all in his first practice match.

One early morning TheleTso got up and he heard people crying outside. It was then announced that the elderly man who was TheleTso's friend was robbed and stabbed to the death at night.

TheleTso went to his room crying and breaking things down.

In the afternoon he went to the soccer ground to play with his teammates. They started calling him names saying he should go and he lost his mojo for football.

He started losing his spirit of football. Then he decided to not play football anymore because of his teammates .

He decided to focus on his books and his career of being a cardiologist but the same thing happened in school.

Every day when he answered a question in class, all learners would be chattering about his intelligence saying "he's starting now" because he had the brains in class.

When he came back from school he went to his room and turned off the light and locked his door and just sat on the cold ground. He then cried all night.

It was Friday and he woke up in the morning and spoke to his parents about the way his life is, but they didn't take him serious.

He went to school and there was his favorite mistress called MS Nkoana,

TheleTso spoke to her and explained the situation and MS Nkoana paid attention to the boy's words and gave him motivation which shortly helped him.

He went to class and time flourished and the school bell went by and he went home.

A year passed and now he was in matric which was the last grade in high school but he faced pressure with his studies and with his situation and he started facing anxiety and depression.

He started crying every day in his room and not eating healthy anymore. The years passed and it was time to collect his results.

Amazingly he passed with higher grades and he showed his parents and they rejoiced.

He was very tired and went to sleep.

his mother was on the floor and he rushed to stop his father but the bottle smashed into TheleTso's neck and the poor boy fell down.

was arrested and taken to jail. Messages

Message 1 it was when his teammates treated him badly,

and forming a powerful football team

"We should be building each other as brothers and sisters and stop trying to outshine one another".

Message 2 is dedicated to parents. It's when TheleTso's parents did not take him serious and led to anxiety and depression .

StopGenderbasedviolence - TheleTso's father was drunk and ended up beating his wife for no reason and such a small incident led to TheleTso's death.

"The sky would have been awfully dark with just one Star". Let's build and guide each other as teenagers