Commaful
Earth Spins, and So Should We 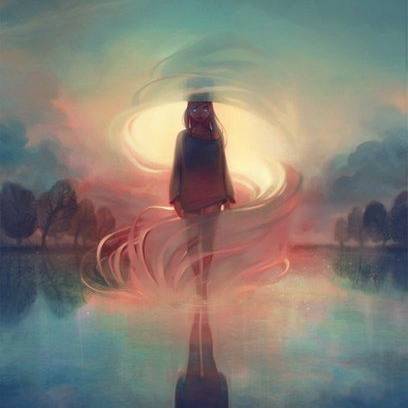 Earth Spins, and So Should We

Five years ago, the Earth stopped spinning. Rings around Earth formed, and the spinning of those four rings kept gravity in play.

The shadow of the rings gave darkness on the side with the sunlight. People who lived on the edge of these shadows were envied, for the had the best spot on the planet.

With people still spread out on the planet with different circumstances, cultures really began to change. So has people.

Of course some people held on to old traditions, but the culture still vastly changed.

Those in the dark often wore very warm clothing and always had a fire going on in their houses. All of their clothing were glow in the dark so people could see each other better.

People on this side were often optimistic people and had a grand festival every year to keep their hopes up, because even with their optimism, their had to be something actually good happening.

People were more reserved in those parts though, but in large cities. Not a lot of wildlife grew here. But, people loved the arts there. Always on their next story, painting, musical piece or play.

Those in the sunlight were always in the eat and wore loose and long clothing. The clothing were light and warmer tones in color.

The people in sunlight were often pessimistic and weren't happy with their situation, but they always had little events going on to try to advert their attention from the bad.

They didn't really associate with each other, but when they did, they were social if it wasn't for work. They lived smaller cities that were close to each other. Not much wildlife grew here either, but people didn't really care. They were to invested in their work, but they always trying to make life better through their careers.

Those in the shadows of the rings had good climate, but it was very stormy there every once in a while.

These people didn't really have strong emotions. They still did of course, but they were never as strong and vibrant as they once were. They got together every once in a while in everyday things, but nothing really special.

They did, however keep themselves busy with family or friends. They did this because they enjoy the emotion they do have then, so they want more of it, plus it keeps them busy.

But what I don't get is, why give up? Some people are living great lives, but most are in despair, wanting to do something to change their circumstance, but never actually doing it.

The Earth was spinning, and it gave up, but then we should we? We are still alive, so spin and have your life in motion.

I know I didn't tie the end up real nicely. Sorry about that. I was tired, but determined to finish.