Commaful
Lost In Thoughts ( A Collab) 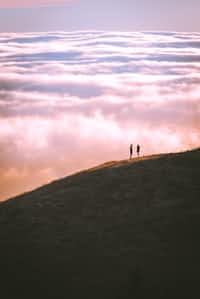 mochi_jiminie Oh how easy it had seemed. . . it's not
Autoplay OFF   •   5 months ago
Transcript Use Images
A thirty slide Collaboration between me and @mr_invisible!! A romance about young love, memories, and bravery.
romance love16schoolyoungcollaboration

Lost In Thoughts ( A Collab)

We met at the seashore, in the moonlight. when I saw him, I remembered our beautiful past. . .

Our new year at school had started, and at sixteen I was in the ninth grade.

Everyone attended, all except for a new boy who showed up halfway through class.

The weird thing though, is that he didn't even tell anyone his name, he only stayed at the back of the class, and stared at me for hours.

After class ended, we all headed outside for baseball instead of dodgeball. Me being amazing at it coming out on top as usual.

But as for the new boy, he stared at me the whole time, and I became flustered at his handsome and very attractive gaze. It sent bells singing in my heart like twittering birds.

I walked up to him then, holding the bat I held out to him, snapping him from his reverie. "Do you wanna try?" I asked him curiously, getting a shaked head in response.

I simply put the bat in his hands absently, pulling the tall boy to his feet and shoving him towards home plate. The other kids were nice but ruthless, he struck out three times.

All the players laughed at him.

But when I smiled sorrowfully at him, he simply smiled with beaming baby-blue eyes.

The entire rest of the day, he was in my mind more than even my baseball practices, that I had after school each day.

And each night for the next week, I fell asleep with the pillow held tightly in my arms, imagining it was the strange boy whose name I didn't know.

My heart alight, and my eyes so heavy.

I think I had fallen in love, at only sixteen, but when I saw him on my way to school on his BMX bike, I knew for sure I was.

He stopped next to me, sitting back on his seat and I asked why he stopped. He said he liked it there. I assumed he meant sitting on his bike next to me like that.

Then later, after we had gone into art class, he had started teaching me to draw.

Nimbly taking his long fingers over mine, and fluidly moving our intertwined hands to create a heart, as beautiful as his.

Then a different time, I was wondering if he liked me, when a man came up to me on my normal way home through the woods, and stole my bag and wallet

I had given chase after him, and then found the same new boy with my things in hand in a clearing where the man had disappeared to.

And seeing as how the man was unconscious at his feet, the guy must've taken care of the thief.

The boy had a gash on his head, so as a thank you I tore my shirt and bound his head. I looked at him then.

I went to stand then, only to slip on miss, the guy beside me trying to help, only to fall flat on top of me.

I could feel all the places our bodies touched, and I thought he was about to kiss me. Though when he didn't, I did it myself. And it nice, and beautiful, for being my first kiss.

He pulled away once to tell me my lips were nice, touching them with his fingers.

Not long after, the police showed up, and the thief who was unconscious was apprehended.

Many times after that night, me and the strange boy named Ash I figured out shortly after, visited the woods where we first kissed.

And we did many things, and loved each other so much.

And now I realize, here on the ocean side, we still do.

For I am lost in my thoughts again.