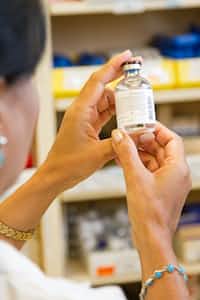 mitjaglavan Real life story teller
Autoplay OFF   •   5 months ago
Transcript Use Images
Short story about two little brothers from back in the day when kids used to have imagination and do some crazy stuff. It's all about chemistry, crime, danger and immense children's imagination.
funny funnychildrenimmaginationstoryfunreal storyrealstory cutest children stories

Okay so I guess stories normally begin with something like, it was a nice sunny day back in the old days right?

When us kids used to have imagination, played outside and gave our parents a heart attack from time to time, nothing crazy. It was the year of Jesus of 20something.

It was summer in the peaceful old town called Novo mesto, and if you do not know where that is, look it up on google you uneducated bastard.

My brother and I really were a piece of work. Me as the younger one was the good-looking one. I just want to point that out right here and now.

Movies and series back than were something else, you actually had to watch it on TV and catch the right time because if you missed it, that was it, you messed up, no rewinding.

We were watching some series, I do not remember the name, but it had science in it, we were sort of learning.

After we were done watching and were all educated and stuff, bright ideas started coming to life. Lets do some dumb shit and see what happens we thought.

The normal thing to do at that age obviously. We were about 8 and 9, just so you know and not that it matters anyway because I still do that stuff today.

Therefore, we decided we were going to become chemist for that day and from that day forward. Let me just say that whole chemist thing did not work out as well as they planned.

We decided we were going to blow stuff up for sure.

So where to get the small glass thingy? Well, all we could get was some small flask, the smallest one they could find, because we only wanted to make small explosion, not blow the whole town up.

We weren't stupid after all. Than we went on to find some ingredients. Nothing fancy, just all the things that you could squeeze into the flask. Therefore, we went on a hunt of our young lives.

We thought what would MacGyver do.

We gathered whole bunch of stuff like ink for pens, all types of liquid and solid detergents, water, vine, dirt, their spit, all types of furniture, sink and dishes cleaning product and so on.

All the stuff that was nasty and had ''keep out of the way of children'' written all over it.

So then we started putting it into the flask, and by the time we were running out of ingredients for the bomb, we realised this thing probably will not blow up the way we thought.

We were a little bit disappointed to be honest. However, our bright minds gave us whole bunch of new ideas of what to do with this stuff. Soon, the idea came out.

Lets feed this thing to someone and see what happens. Not the brightest idea but ou well. Now all we needed was an unsuspecting victim.

We found the perfect candidate in our neighbour, who I must say was from a very disturbed family of gipsies.

We never had, and to this day still do not have good relationship with them, but not that it is any of our fault.

Anyway, we have acquired our victim, and it really did not take a whole lot of persuading either. Next thing we knew, she was drinking it as if it was nothing.

All she did was make a weird face and ran home. Yet again, we were a little bit disappointed that our magnificent creation did not live up to its potential.

As a kid growing up those small disappointments can mark your life forever. However, than our luck turned for the better.

I do not know if it was maybe an hour later, neighbours mother started yelling about something.

At first, it was not something to be concerned about as people in the neighbourhood were used to her yelling all kind of stuff, but more of that maybe in some other stories.

We were in our room when it happened.

Nevertheless, as we started eavesdropping on the conversation we figured out she was talking to our parents, because apparently someone have poisoned her daughter.

She was throwing up, peeing from her asshole and basically wrong stuff was coming out the wrong holes.

Immediately she thought of the two little innocent brothers that we were, or maybe her daughter told her.

Goddammit, you little piece of snitch we thought, as we were getting ready to be brought to justice. However, thanks god our grandparents knew better than to raise snitches.

Our parents, well knowing we did it, would not give us up and denied any of our involvement whatsoever. There was still one problem though.

What we learned from movies and series was that the key to any good crime is disposal of any possibly incriminating evidence.

Our hearts were pounding like never before, we were sweating our ass of, but in the end, they held it together, kept their cool and did what MacGyver would do.

We went on the mission to destroy the evidence, and the bright minds that we were, we decided to bury the flask along with its content underground.

The most logical place to do it was obviously under the hedgerows that were planted around our family's property. Nobody will ever look for the flask there we thought.

We dug a hole in the ground under the hedgerows threw the flask in and buried it back. As we were doing that, the flash broke and our chemist masterpiece started dripping out.

Not to worry we thought, the soil will cover it up and nobody will ever know.

Time went by and for a long time nobody did. We were proud of ourselves as we pulled of a crime and weren't caught. A true little MacGyvers.

However, a few months later problems started appearing. On the exact place that we buried the flask, hedgerow started to dye. Leaves started falling off, it was all dried out and stuff.

Over few months, the hedgerow on that exact place died and there was an obvious hole in the otherwise nicely, straight planted hedgerows.

Our parents and grandparents were all pulling their hairs trying to figure out what was going on.

till This day, 17 years later the hedgerows still hasn't fully grown back to its original glory, and our grandparents still don't know what happened.

We told mom and dad but not till few years ago, now that they cannot beat our asses anymore. Told you this chemist thing did not work out, or did it?