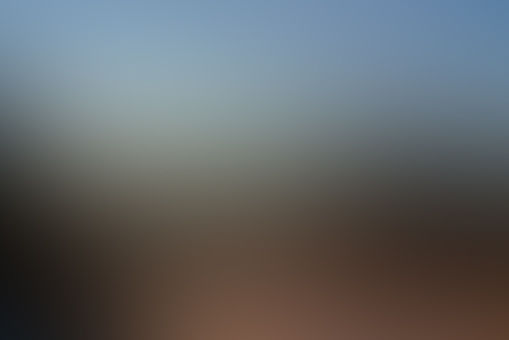 mithilbaria Community member
Autoplay OFF   •   19 days ago
Transcript Use Images
The rain just stopped and there were still black clouds and a windy weather. Every bit of tension was on the mound, The diamond of the ground. Bands cheering and all I could hear was my heartbeat. All I was able to see was the mitt. The ball seemed lighter and my shoulders were heavy. One breath and I went for my wind up.
fanfiction inspirationalmotivationschoolteendramasportscomedyfunnylifefiction

The rain just stopped and there were still black clouds and a windy weather. Every bit of tension was on the mound, The diamond of the ground.

Bands cheering and all I could hear was my heartbeat. All I was able to see was the mitt. The ball seemed lighter and my shoulders were heavy. One breath and I went for my wind up.

*Managers on the stands*

Yuri:- 'We really made it himari-san'.

*Himari having that flashback*

It all started a year ago, when we just had formed a baseball club. And the guy standing on the mound was the one to start it. That kid never thought of anything other than baseball.

He and of course his brother. He made us a team, a team which can beat anything that comes our way. Every team we played was top notch.

The school bell rang and he entered the classroom with his friend. His brother was working as a waiter in a small restaurant.

They both were abandoned by their parents, and his brother took care of him. His name was Haruto and brother was Fuji. Fuji was really good at baseball but Haruto was different.

It was like, Fuji used to play baseball as a hobby but for Haruto baseball was everything. Fuji was the one who always supported Haruto for baseball.

He believed that Haruto would definitely make it to Majors. Well, there was another guy in their neighbor who actually used to play baseball a lot.

He was a catcher and he was best friends with Haruto.

The friendship actually started when he saw Haruto pitching as Haruto never had anyone to play with. He just used to shoot at the wall over and over again, and all of them were just fastballs.

That neighbor kid's name was Kai. Kai called Haruto to play catch ball and he was amazed by the way he threw. It was seemingly natural.

Although by the looks of it, he knew Haruto took pitching seriously. And by seriously I mean, he used to work hard.

They slowly started forming a battery and by the time they were in high school, they knew each others nature perfectly. Both of them had the same goal, Majors.

Kai, well he had his friends from the club and coincidentally they all were in same high school. Yamamura Kokusai High School.

They weren't famous in little leagues, but, their game was top notch. It was summer and just like every school, our school started a baseball club.

It was new, and we had to keep on fighting, fighting to play, fighting to gain each others trust, everything.

Our coach was hard on us every single day. Not only the players but also the managers. Although we only had two pitchers Haruto and this kid from their baseball club. He was Itsuki.

His pitches were quick enough to make a catcher scare and he had something up his sleeve, The slider. Fast enough and used to cover almost the entire plate.

Haruto on the other hand was as fast as Itsuki, and he never showed his tricks. Haruto had control on his pitches, while Itsuki used startegies to struck batters out.

These guys never played from their club and were always practicing on their own. But they were improving, daily. Everyday they were better than yesterday.

*Those are Guy sensei's words*

*Guy Sensei. Thank you (Tears of happiness and hardwork)*

Oh yeah, Some of them are crazy anime fans and they tend to follow their anime master.

Days went by in practicing and playing matches. Making every situation as close as the real game. Haruto was a bit weak in fielding but he conquered it with practice and instincts.

He became so reliable that he was good enough to play outfield. Everyone was a monster in this team, no doubt. Haruto started boxing after the baseball club to work on his stamina.

It was certain that he used to take baseball very seriously.

There was something that, they never experienced in their entire baseball life. It was the zone.

You might've heard the somethings like, when swimmers tell that he was able to take two strokes in a single breath or one can say that the basketball court was really small.

The hoop seemed a lot closer to the body and the body seemed so light that he was able to make the basket without using any strength.

Our team was enough to reach zone, but apparently it was hard for them to get into zone.

Practicing and practicing everyday, the day arrived. It was the ceremony where every team assembles at a place and every player standing in a heat listens to the speech.

(Which isn't of any use in this series at all) . Our first match was with a small scale school who went to nationals 8 years ago. They had good players.

Haruto was Ultimately named ace and every tricks that he used were known to Kai. We won the first game easily.

First one to bat was Haru, followed by kenji, Kai, Kane, Katon, Itsuki, Mosu,Kaito, Haruto. We won 8-0 a called game and Haruto pitched a no hitter game.

They didn't seem nervous, which was certainly surprising, but Haru said something which lit a fire under them.

He said "I'll go and score a home run while you monkeys sit here and watch", which was the most idiotic statement.

Incidentally our coach pointed out that it is in baseball rules that there should be 3 outs for an inning to end. Which ultimately contradicted Haru's statement.

Haruto on the other hand was calm and quiet. He was waiting to pitch in a real tournament. Every player grows up in an environment where you watch baseball and learn. Haruto was no different.

We scored a run in the first inning itself and it was our turn to defend. First pitch from Haruto was a dead pitch. Kai embarrassingly hid the ball as soon as it reached him.

The umpire was giggling as well. The opponent thought this was their advantage, that pitcher broke in the first match itself.

The next pitch came roaring towards the batter. It was like something was sitting inside Haruto that wanted to come out. The game ended in a flash and Haruto was about to be called as a Prodigy.

Two more games and we reach quarter finals. We won that in a flash. Our team became the talk of the tournament. Until the real champions started to arrive.

From the 3 teams we played, everyone had slider, forkball, splitter, but their control was off. Those team were ranked as someone who are aiming to reach nationals.

Yet we managed to be the Victor.

In our dorms, we started to talk about our quarter finals. Meetings were held. We started studying our opponents like we used to.

Watching videos and watching their battery make calls and pretending their patterns, every minute detail, we tried to capture.

But it was scary, this team was national ranked team with his ace named Myojo.

Asuka High School was a top ranked team in terms of Batting, stealing bases, defence, applying pressure to the pitcher and specially those clean ups.

Batting 4,5 and 6, Dosie, Riku, Sora with their ace pitcher Myojo who had the special curve ball.

Rest of the batters were good as well, supporting clean up was their job , while the starting batter used to check the pitcher. All in all, an all round team.

Haruto's brother Fuji attended every game is his and used to cheer him up everytime.

F:- Might? That scary of a team? You always sounded so confident while playing, what happened now?

H:- It's Asuka High School. Anyways, next time let me cook. You put too much beans.

F:- *Hitting Haruto on head* Eat those! We might not get them next time. The manager was kind enough to let me have them.

H:- Right. Thanks for the food.

*Brothers sleep on the mat after dinner*

H:- I wanna win nationals. If I get scouted, I'll make it japan team. Once I do that we'll sleep on a bed.