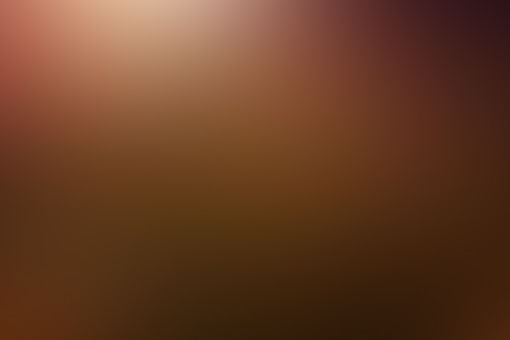 mithilbaria Community member
Autoplay OFF   •   13 days ago
Transcript Use Images
The day arrived for the quarter finals. Both teams started warming up. The loudest cheer was for Asuka High School (well they had a band of their own). But the crowd really loved the team. It was our turn to defend as the first inning went by quickly. We didn't even had the time to take a look on the ball. The first pitch from Haruto was strike.
fanfiction baseballinspirationalmotivationteenschoolcomedydramafiction

The day arrived for the quarter finals. Both teams started warming up. The loudest cheer was for Asuka High School (well they had a band of their own). But the crowd really loved the team.

It was our turn to defend as the first inning went by quickly. We didn't even had the time to take a look on the ball. The first pitch from Haruto was strike.

Not just a strike but it was an in course, straight to the chest. The batter couldn't react. The battery knew throwing down the middle would only make things easier for them.

Haruto hadn't used his pitch yet. But it was time to use it. In the first inning, neither of the sides scored. It our turn to bat. Itsuki told Kane "You need to go like Zoro here.

The bats are your sword, so go use three of them". Yes, Itsuki was one of them.

Ahhh! Haruto, I'll kill you as well!!!!" *Kane frustrated (thinking actually wasn't a bad choice to use 3 bats) tapping his legs like a chimpanzee * Walked towards the plate.

The slider was yet to come. And that idiot was actually right waiting for curve. The first pitch was out and low, the second pitch was curve, which just grazed the strike zone.

The count was 0 balls 2 strikes. The curve was so slow that it made fastballs look really fast. Third pitch was in and high. Caught him looking.

Kane:- Katon!!! I'll punch you!!! (Everyone holding Kane so that he doesn't actually punch him ).

Yes, Katon was one of the guys who was quite and calm in every situation. No matter what. ( Katon trying to remain calm while waiting for someone to bring new toilet paper ).

Well, not in every situation. He managed to make contact to the straights but were foul. So, Asuka High School thought of Changing the pitches. They started to throw the curve ball.

It was so controlled, the amount that the ball used to dip was certainly amazing. Katon and Itsuki were both struck out.

At the bottom of 2nd we managed to get two outs with just straight fastballs, but the last clean up managed to make contact. It was our turn to up the arsenal.

Sora was a right handed batter with extraordinary power to hit the ball. This time Haruto used it, his cutter.

The cutter ball is something that Haruto controls whether it'll go in to the batter or out to the batter. Sora hit two fouls to his straight balls and were timed perfectly.

This ball was unexpected, using out course for the cutter was a great idea and good call from Kai. Sora was struck out.

There was a loud cheer from the stands for us, infact Haruto was waiting for his brother Fuji , but he wasn't here yet.

Innings went by striking out players, when this happened, in the top of 5th innings, kane got a hit, single RBI, katon followed him and now it was no outs runner on 1st and second.

The next pitch, Kane stole a base, making it no outs runner on 1st and 3rd, without thinking of anything , Itsuki was toying with the pitcher by hitting fouls.

A job which was given to kenji and Kai. The pitcher got frustrated and walked him. Now it was no out bases loaded. This is where we got to see their team play.

Defense was good no doubt, but they weren't showing us their best. They were hiding something.

Mosu hit a grounder, which was perfectly in between shortstop and second base, which was converted to triple play by shortstop.

He managed to increase his reach, stopped the ball with one hand and made it a Tripple play.

Kai, was calling an excellent game from his side. Using corners and then the cutter ball breaking towards the batter leading to strike out. Out low and in course were perfect.

Adding the cutter into it, it was cherry on the cake, until a swing came and destroyed it.

Sora hit it to a foul, it was so perfect, that it made it harder to think whether it was a fluke or he actually meant it.

Kai changed the call, and it was the first time he called for this pitch. The splitter. Ball dropping right Infront of batters plate. He struck him out.

This was a surprise for Asuka High School as well. Their coach wasn't able to decide what instructions to give next. Crowd slowly came to our favour and started cheering.

At the end of the 5th inning the crowd was equally distributed and cheering to both the teams. They were here just for baseball.

On the top of 6th inning, there was this news that changed the course of the game. Fuji had a car accident, and was in a critical condition.

Haruto was pitching his best, but he had to leave the game. He didn't cry when he heard the news. He, decided to play the game.

The top of 6th inning started with Kaito, he managed to hit a single RBI and next up was Haruto. Even he got a hit, luckily, which was two base RBI and it was no out runners on 2nd and 3rd.

Haru managed to hit, but was out at first base, Kenji followed haru for some reason, and he was on the bench before we know it.

Haru:- That was fast. You know you've to hit the ball before you run and stealing bases starts from 1st base IF YOU HIT THE BALL, that is.

Kenji:- *Embarrassingly angry on Haru stared at him thinking he'll put him under genjutsu with his sharingan* .........

*THAT NEVER HAPPENED, INFACT DUST WENT IN HIS EYES AND HE STARTED RUBBING THEM*

Kai batted brilliantly, hitting single RBI and we scored. It was two out runners on 3rd and 1st. Still a tight spot, but somehow Kane was struck out.

Kane:- *We again were holding him, because he still had his bat in his hand* I'll kill you, Kanton!!!!

Fuji was about to die, Haruto knew this yet he continued the game. Myojo was in the batters box, and first pitch was full of frustration.

Haruto's control started to become messy and after pitching two balls he, pitched the ball right down the middle.

Myojo was also desperate to win, he would never let an opportunity like this pass by.

He slammed the ball right in the middle of the bat, the ball went flying towards the scoreboard and it was home run.

We immediately had to replace the pitchers, we HAD to call our ace out of the mound. It was Itsuki's turn to pitch. No matter how much warmed up he was.

His control was a little off at that moment. May be because of the pressure.

Kai's game calling came into play now. He had to call such a game where even when there's lack of control he'll be able to pitch perfectly. Itsuki's fast balls were perfect.

Using corners and infact it seemed a bit faster than haruto's at that moment. He pitched tenaciously till the end.

You see, the drawback of not playing into tournaments is, you don't what a single loss means. And Haruto lost two, his brother Fuji and the game.

Asuka High School came out victorious with, scores as 3-1. It was a tough game, but everyone in the team wanted to win. Everyone was eager to play the next team, who's stronger.

Turns out, Myojo was in the zone, when he hit that home run of Haruto. Everyone started blaming Haruto, while I had to keep quite, until we wish luck to our opponents.

Before I could tell them, they everyone went home. Coach was quite and never stood between us, as he was planning something about trust.

Everyone was devastated by the loss and no one asked Haruto how he was doing. I met Haruto, he was crying for the home run and not for his loss.

He was crying because we lost the match, but not because he lost his brother. I left him be, I wasn't able to bring myself to console him.

Fuji's funeral was a week after the match. The next day in school, Haruto was ostracized. No one wanted to talk to him, everyone excluded him from other activities and why wouldn't they.

They never knew anything about Haruto. Haruto left baseball club, and told coach about everything. That, evening coach called a meeting, and let everyone know about the funeral.

Everyone was speechless. No one thought of this happening, and everyone in the team respected Haruto. Haruto didn't show up at school,until after the funeral.

It was hard for everyone, to speak with Haruto. After all the guilt of ostracizing was eating them.

The day in funeral, we all attended it, and Haruto wasn't crying. He hadn't cried since the game regarding his loss. And nobody had guts to talk to him, until Kai asked him.

Kai:- Why did you leave the team?

Haruto:- Because you lost because of me.

K:- You're not invited until you comeback.

Haruto was quite and left the room. Kai went after him, he caught Haruto's collar and told him, * You better come back, else I'll make you.

Because this isn't what your brother expected from you. He wanted you to play baseball. His dream was you making into Majors.

What happened to all of it? You chickened out? I know it's sad, and I'm sorry for your loss. This doesn't mean you should give up on your dreams.*