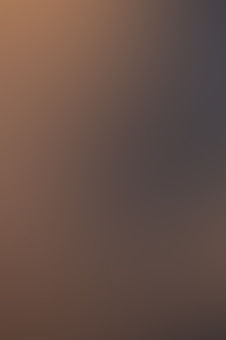 missponta_2501 Like the fuck I know.
Autoplay OFF   •   a year ago
Transcript Use Images
A story where Momoi realized that she couldn't love for both of them and Kuroko finally understood what it means to lose the person you love.
fanfiction kurokomomoidramaromancefanfictionfan fiction

A Kuroko no Basuke fanfiction.

Momoi stood in front of her full body mirror, her long silky hair cascading down the frame of her delicate face.

She looked pretty without doubt, despite how rumpled she looked but what good does being beautiful do if she can't even capture the heart of the one person she wanted.

Pushing away the sad thoughts clouding her mind, Momoi pulled down an oversized hoodie and tattered jeans.

She made no attempt in fixing herself because she decided it would not make a difference even if she did. So, she pulled her pink tresses into a messy bun and slipped on a pair of shoes.

The sky was filled with ominous clouds as Momoi treaded towards the path of her destination, the cute little cafe they often hang out.

She could still remember the day he said yes to her ceaseless torments of confession and how she pulled him into her usual constricting hugs.

He was hers and of course, after pining for him for years, he was finally hers. It never bothered her that she was always the first person to initiate everything.

The dates she planned, midnight calls, constant togetherness and her need for physical contact.

She often strung her I love you's in the most random situation, wherever and whenever but somehow his reply had always been silence. It didn't matter, she told herself.

They may be at two different places, emotionally and it made sense because she had been in this relationship 3 years longer than him.

He might feel more for her in a little while, she told herself. Appeasing the ripples of her heart, but six months is long enough to make him feel so little.

When her hand met the grip of the door, she almost wanted to run and keep the little bit of happiness she had, walk away and pretend that she never had to say it to him.

The fragmented relationship was the little connection he had left with him. Her heart was hammering loudly in her chest, and for what felt like an hour, a baritone voice made himself known.

"Momoi-san, why are you standing here?"

She almost flinched at the sound of his voice. Disguising the sad in her, Momoi met his azure orbs with a bright smile.

It was their last date so she'd be damned if she doesn't make the best of it. A soft bell sound was heard at the entrance of the pair inside the small space of the cafe.

"One strawberry delight and vanilla milkshake". She thoughtfully told the waiter with a polite smile.

It was like most of their dates, blithe laughter and their whopping stories about their life, her constant distress about Aomine's recklessness and his struggles with the team and basketball.

She made little shuffling noises of laughter as she studied his face.

Sapphire orbs like the mane of blue on his head complimenting the pale color of his skin, the soft little smile on his face when he talks about the funny little things.

He is beautiful, she thought to herself, not in the conventional way because physical looks is overrated anyway.

He didn't have the dashing looks like Kise, or the attractive height like Murasakibara. He wasn't particularly smart or well-off.

He was average in everything but she thinks he is beautiful in his most modest and gentle form. His kindness was probably the reason why he agreed to date her.

It was when he was talking about how Kagami nearly fainted when he placed Nigou on his bag that Momoi suddenly spoke.

Time seemed to have warped in a slow, daunting speed. His eyes remained watching hers with an expression that she couldn't read.

With a broken smile, she struggled to speak the speech that she had been practicing in mind for quite a while now.

Yet no matter how hard she tried; she could not seem to form any coherent words to explain the excruciating pain she feels. A pool of tears cascaded down the blazing rose of her eyes.

She practically wanted to slap herself for being so helpless.

"If that's what you want, Momoi-san." He said softly

He did not meet her eyes when he uttered them, not that she could see because she was a mess herself. His head hung down so she couldn't exactly see the kind of face he made.

He was definitely fine with a break-up of course, what was she thinking, she knew exactly what was going to happen yet why did it feel so painful coming from him.

Despite the beads of tears falling in her eyes, she reached for his hands. The contact made him look up at her and there he saw the most broken smile he had ever seen.

"Thank you, Tetsu-kun, for everything."

And just like that, Momoi realized that she couldn't love for both of them and Kuroko did not know, but that will be last time she'd see her for a long time.