Commaful
Artemis the Baby and The Shifter Guard 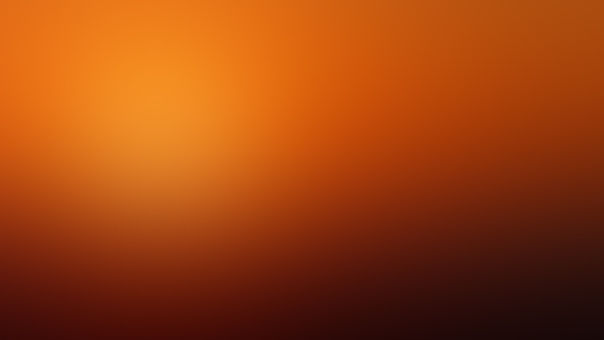 mirandamperez Community member
Autoplay OFF   •   8 months ago
Transcript Use Images
Artemis The Goddess of The hunt is one day walking in the Winter Wood when she finds an an orphaned Shifter Wolf Pup next to it's dead frozen mother , so when she takes it to the shifter council and they want to kill it because it's mother was a banished woman , she takes
The child as her own , but wait she is given a
Moody guard to watch over her and the baby , what could happen with mr Grumpy ?
romance shiftergodsgoddesses

Artemis the Baby and The Shifter Guard

Artemis and Athena reached the village slowly not to jostle the sleeping infant they moved through the trees , small family cottages like the path with children playing in the front of the cobble stones leading to the doors.  Mothers came out and bowed to the glowing women shocked looks on their faces . "We come in Good Will ladies ." Athena called , one of the women guided a toddler boy to them "Oh Please Bless My Child , Great lady Artemis Oh Please!" She cried falling to her Knees her black her covering her small thin face , the woman wore battered clothes compared to the others and looked as if she missed meals .  Artemis touched her head "what do they call you dear ?" She asked in a sweet voice "don't worry I am the protecter of women, you are safe now." She said stroking the woman's hair to calm her frantic vibes ,  "Amina , I'm a fox the wolves call me worthless , My Lady please take me away from here and my child too and I will serve you the rest of my day ." She sobbed Artemis thought for a moment "you may join my ladies of the hunt child , I could you a vixen you tend to be smart  and tricky Amina I release you and your child from your days of servitude to the wolves , you may join me ." She said taking her fingers she made a mark of blessing on Amina thin purple tattoos appeared on Amina's Arm and and around her face like a crown like floral vines "Rise Lady Amina Fox of the Hunt ." She said and Amina arose standing next to Athena who nodded at her Athena snapped the spares fingers of her hand and a warm woolen dress appeared on Amina instead of the one with holes .   Amina smiles touching the now hunter green dress it was simple but warm and she was happy "Thank you , My lady you are too kind." She murmured she picked up her son kissing his cheek "we will be away from this Wretched Place Theo." She spoke her voice filled with joy The ladies of the village looked at them with anger "How dare you take our slave girl !" They  cried showing fangs "I dare for I am one of your goddesses you will obey my desires !" Artemis snapped her voice sharp as a blade and the women looked down ashamed as the goddesses and their new priestess walked through the village toward the alpha's home Artemis felt something as she walked a possible new purpose it was like a golden light if she reached out she could almost touch it .

The snow fella silently in the winter woods the air still until the cheers of a woman no , not a woman a goddess ran through it .

Her dark chocolate brown hair flowing behind her and covered in a red leather corset with brown deer skin laces ,she wore breaches like a man ,

and a beautiful pair of brown boots shined highly there sparkle glinting off the fresh snow.

of grey wool with her corset loose over a blue top her boots trudged through the snow leaving little indents . Athena puffed out other redden cheeks at her cousin .

, of all the damned Realms you pick the Winter Woods For our morning hunt you selfish girl , you know how I detest the cold , I should punish you but I won't for I love you so.

" She hollered at her picking up a handful snow with hand gloved in a soft lavender fabric she tossed it at Artemis's face hitting her cheek.

Artemis laughed at her cousin "Don't be so dainty Athena you will have your spring soon plus I gave you my cloak , soon we can go back to the palace for afternoon tea .

" She said running again to the left through the maze of trees after a few minutes she stopped hearing something up ahead a Wailing cry from either a hurt animal or perhaps a child .

"Athena Listen Please , do you hear it ?" She asked concerned biting

Her lip nervously "Yes cousin we must Go to it , but be careful !

" Athena spoked in her always wise tone Artemis took Athena's hand and with a Wave of her Wrist used her tracking magic to lead them to the creature teleporting with a flash of golden light .

With a small thud in the soft snow they landed near a gruesome scene a very thin woman lay in the snow bank her golden hair in snarls with sticks and leaves , her face pale,

her lips a blueish purple.

Blood soaked the ground near the still woman in her arms was a struggling wolf pup very tiny with white and red fur she left out small yelps and cries trying to get free .

Artemis walked up to the woman checking her pulse , her fingers touched icy cold skin and no pulse .

Artemis looked up at Athena who was gently releasing the wolf pup who was shivering and wet small bloody scratches marred her fur .

Athena picked her up wrapping the yelping pup in the red fur cloak like a blanket swaddling her.

She looked at Artemis "You Know the most about animals , what should we do cousin?

" She asked , Artemis touched the pup's head and gave a wicked smirk "Oh, Athena that's not a Wolf That's a shifter! See the small star in her fur total mark of one.

" She touched a small white star patch of fur on the pup's side with her finger gently and with a little purple magic she coaxed it out of of its fur,

there was a gently crack of bones and a pale baby formed Infront of them she had peculiar blue eyes that looked up at Artemis as she grabbed her finger.

"Hello little one , My name is Lady Artemis and I am going to take you back to your pack ok?

" She asked in a musical voice her other hand touched the babies soft red curls her purple magic flowing gently like pixie dust over the Baby of its own accord "I bless you child ,

you will be full of grace , and strong , the strongest huntress .

the Two Goddesses walked farther into the woods toward the Village of The Winter Shifters.