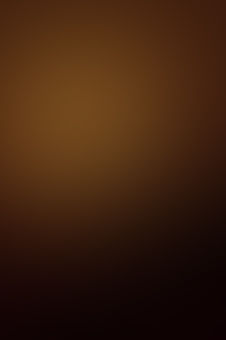 I’m going to start my journal this morning and finish it this evening. I was bad yesterday and had a bit of pot. This is just so hard to quit. But so far today I feel good.

I’ve had none this morning, which is an accomplishment for me, and I’m hoping when I finish my journal I can say I still haven’t had any.

My depression comes in these waves of absolute despair. Like suddenly nothing matters, there’s no hope. They come from no where and nearly knock me off my feet they’re so strong.

Eventually they fade but in that moment I want to die. I want to cut, I want to smoke, anything but feel that way. Those are the times I give in.

I didn’t go to group today, but I will tomorrow. I’m going to talk to my therapist about it.

I’m hoping when I get there tomorrow that I can say, well, I didn’t do great Monday night but I was sober all Tuesday. Should be easier as I don’t have any more around.

I think my anti depressants will work better and maybe the waves will leave once I’ve gotten used to no pot. It’s getting to that point that is so hard.

Just me and my emotions that I can’t handle.

Group therapy is teaching me some soothing breathing exercises. Stuff to ground me and bring me back to the present.

Sometimes it works really well and sometimes it doesn’t, but I’m still trying. Writing these journals helps too. It makes it so I can see my goal, and it sinks in a little better.

Another wave of despair just hit. God it makes me want to cry and just give up. They are awful. I am despairing that I can’t cut or smoke. Those were my main crutches.

Now I have to stand on my feet, and they never stop shaking, but I do have a great deal of determination to get it right today.

That was this morning. Right now it’s just past noon. Still haven’t had any. My willpower is a little stronger right now. I hope it stays that way.

Almost two in the afternoon. The cravings are still bad, but they are coming a little less often. Still getting the despair waves. Still committed to not having any pot.

I’m home alone with my youngest son, keeping busy on the computer. I waver between sadness over the loss of my crutch, and hope for a better tomorrow.

I think it will be easier once my wife comes home.

Four fifteen. Bad cravings and wave of despair. It would be so easy to give up right now. The kids are bouncing all over the house making tons of noise.

I can’t focus, I can’t relax, I feel so edgy. I’ve already taken todays regiment of anxiety medications. Now there’s nothing to take that edge away.

The breathing doesn’t work with loud and crying children, and they’re always loud or crying about something. They finally went outside to play. A few moments of serenity.

Hopefully it can restore my willpower. I need more of that right now. I’m near tears missing my crutches.

Five fifteen. I’m going to write some reminders. I choose to quit using pot so I can be healthier, save money, and get a better job. I am in a safe place. There are people who support me.

There are people who want me to get better. I will be very proud tomorrow in group. This is one of the hardest things I’ve ever done, but I will be stronger if I succeed.

But what do I replace it with? What will take the edge away so I can relax. I’m going to try some breathing exercises now.

The breathing helped, but only a little. I talked to my mom and now my wife is home. It’s six thirty and I’m going to go to bed at nine. Two and a half hours to go.

Feeling a little better now. At eight I take an antidepressant that makes me drowsy. By nine I’ll be in bed. Just have to make it until I take that pill at eight.

Nearly eight. In a few minutes I take my bedtime pill. I’ll still have lots of cravings, but I think I finally made it today.

I don’t know how long it’s even been since I voluntarily went a day without pot. Here’s hoping that tomorrow is easier. It’s been rough, but I’m so glad I’ve stuck with it.

It took three days, but success at last! Day one sober, complete! :)