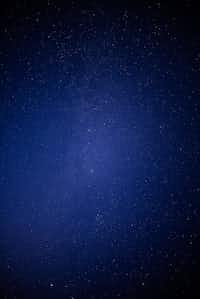 micheline Community member
Autoplay OFF   •   7 months ago
Transcript Use Images
" All the light we cannot see is hidden behind doubts and fears." I saw this man walking on a road less traveled by many. I like to come there myself because I realized in a crowded place, peace is never found. I also like the solace it gives me.
thoughts philosophyhumanexperiencelovepassionwritingspirtual

" All the light we cannot see is hidden behind doubts and fears."

I saw this man walking on a road less traveled by many. I like to come there myself because I realized in a crowded place, peace is never found. I also like the solace it gives me.

I never thought I could enjoy aloneness until I stumbled upon this road that is less traveled by many.

He is not the first I have seen, some have stopped to say hello and kept going; others came, left, and returned back.

But it was something about this man that caught my imagination, so I called out to him. First he hesitated, and then I shouted, "How do you do?" His eyes cracked a smile and came toward me.

He looks me up and down as if to study me, and the intensity of his gaze causes my nerve to rattle a bit. Then he said, "Stranger, walk with me.

" So I did, I made sure I stayed behind him, trying to read him. That continued for a few minutes too long if you ask me.

Then finally, he stops and turns around and looks at me with that intensity in his eyes again. He said,

"Stranger, I asked you to walk with me, not follow me.Trying to figure me from the back won't give you a true assessment, but surely mislead you.

" The only thing my voice could say was, "I am sorry." He chuckled a bit and said, "Stranger, never be sorry for what you meant to do."

So I asked him what I should be sorry for. "For the things that you wanted to do, but let the moment pass you by because of your own rationale."

"Well maybe it was because it was not meant to be," I told him.

He laughs this time, "Stranger, you will never know will you? A lot of people use that excuse as a bandage to cover up the pain of the regrets of not doing.

He looked at me again with more intensity and said, "Stranger, ask me your question, I know you have many." Annoyed, I blurted out, "What is death!?"

"Stranger, death is the best orgasm one will ever experience. Don't be shocked. The reason people continue having sex, is to have an orgasm. The pleasure. The bliss.

But that experience does not last. That is the hell of it, you see everything has a hell and a heaven. Every time someone has sex they are actually looking for death, the place of no return.

That is why no one has come back from the dead because who would find pleasure, bliss, passion, and peace,

then leave it only to come back to this kind of existence where they can only experience it just for a few minutes? And even that is no guarantee. We are too selfish to commit such an act."

I did not know what to say next. I was too baffled. "Stranger, go ahead and ask me the next question."

Umm ok I replied nervously. Well... (I thought for a second. I dug deep. I wanted to ask a good question. One worth his while. I took a deep breath) and asked, "What is life?"

"Stranger, that's easy. Life is a dream that all of us are experiencing at the same time. Sometimes it's nightmarish and other times very pleasant.

And when we all realize that life, as we know it, is just a dream, then we can understand heaven. So what is heaven? You're wondering. I know.

(he took a smooth breath that made his eyes brighter with life) "Heaven is when you are awake from life.

As long as you are still experiencing life, know that you are still asleep dreaming."there was passion and conviction as the words poured out of his mouth.

I felt a yearning for heaven and hell at the same time, he step closer to me with intense gaze challenging me for something I can not yet named,

every part of my body vibrate the energy in the air intensify. he gently lift my chin to meet his gaze and whispers what sounded like the wind waltzing with the waves of the ocean

"So to summarize all thus far: death is orgasmic, life is a dream, and heaven is when you have awakened from life.

And hell is trying to have bliss, pleasure and peace (death) but finding yourself in a dream (life) that you want to wake up from (heaven)."

After listening to this stranger with this overwhelming intensity in his eyes, I didn't want to continue walking with him. I stopped.

But he kept walking and he called out to me, with a passion that was spilling in compassion, at the very moment my heart skipped several beats, a warmth ignited within,

my skin felt the breath of the sun, my eyes glitter"Come on Micheline.

" the atmosphere around me change instantly , I felt death and life around me begging me to choose,the wind began to whisper songs of old, the language of my soul I begin to understand,

I release a weight that I was not aware I was carrying "Hey wait a minute,don't recall telling you my name!" I walk a little bit faster to catch up with the man.

anxiously I asked? How do you know my name?

"Ahh the power of knowing and saying one's name,

" He replied with a smile on his face that illuminate time with wisdom "You had decided not to continue walking with me because my words are very strange to you, but when I called you by name,

it caused you to walk again next to me with more questions. He continued, Human beings love to be acknowledged, because it provides some sort of belonging, and they're not alone.

Well I replied '' Is there something wrong with wanting to belong?

Is not a matter of wrong, is more as to why, why the need in the first place, does it make sense to crave something you already have? The stranger replied.

At the very moment I felt all the matter within was exploding.

When I finally found my voice all I can muster to ask is "Well um, what is love then?

: he's eyes seem to glow ember penetrating my soul, he moved closer with his gaze never leaving my soul "Love is 1+1=2 and 2+2=4, and the equation keeps adding up,

it does not matter how many times you add or subtract, divide or multiply, we all can be certain there will be an equation. Love is mathematics. The problem is, not all us are good at it.

Not too many of us liked math in school, and I think it's because it seems hard and complicated and half the time we don't understand the concept.

And for some reason when we don't understand something, two things happen: we either fear it or hate it. And remember all the kids that were good in math we call them geniuses, and nerds.

However, the reality is that all of us possess the right and capability of doing math and the same for love. The true equation is based only on a decision.

In addition, Love is a decision and not just feelings as we have fanaticized it to be. You see, If I were a painter, I would paint love in vulnerability.

If I were a poet, I would write love as unending bliss. If I were a singer, I would sing love as passion.

But if I were those that were exposed and shamed because of vulnerability, then I would say that love is a tyrant- an oppressor.

And if I were the friend of the poet that committed suicide in search of love , I would say love is a murderer.

And If I were the parents of the women and men that serve in the army, I would say love is selfish and insensitive, my point is, to all love has many faces, it's all about perception,

awareness and insight. So my question to you Micheline is "what is love to you?".