Commaful
The Girl That Got Away 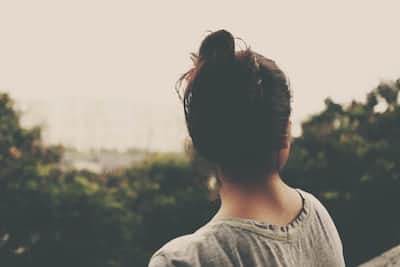 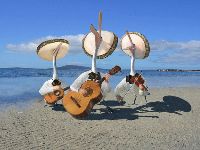 michaldaphne Community member
Autoplay OFF   •   4 years ago
Transcript Use Images
When the sun went down. I was watching from my window, but she never noticed me.
A story that really moves me. Broke my heart. I read this story by Peter Freelander and ended up in tears. It was soooooo gooood. But it had so many grammatical errors that bothered me so I made a Commaful version of it. Edited some of the grammar, modified some of the phrasing. Added some beautiful images. I think this version brings to story to life even more. I hope you all like it.

The Girl That Got Away

I was watching from my window, but she never noticed me.

She used to feed a lost puppy that wandered around the streets, she helped old people with their shopping bags.

She was happy, her hair was black, her eyes were dark and warm. I liked her, she was my neighbor and her name was Alex.

Night after night for the entire summer I watched her, feeding the puppy, riding her bike, helping the old, in front of her house, sitting on the paved stones leading to the door of her house,

with her legs on the roadway, she looked at the stars.

I felt like we looked at them together, I wished I had the guts to talk to her.

As the winter came to place, she had changed, her breasts grew bigger, she dyed her hair blonde, and her smile, started to fade.

Guys were surrounding her, I never saw her walking home alone again, but they did not see her the way I saw her.

She would never come to sit outside again.

One night I saw her kissing another guy, they went inside her home.

The day after the incident, I saw her, sitting again in front of the house, on the grey stones, and I saw sparkling tears going down her cheek, my heart broke for her,

I went down and I sat next to her.

She smiled and wiped her tears, I told her my name and asked "may I sit here?" I pointed the to grey stones next to her, she nodded and said, "My name, is Alex."

But I already knew, I told her that I was her neighbor.

"I know, I used to watch you sometimes from there. I thought you were cute." She looked at the stars that started to shine behind the clouds, I was blushing.

We talked for hours, about love, hate, she told me about her life, she said she was alone, and everybody hated her, she said about she sometimes wanted to die, about her suffering.

That no one talked to her, everybody just wanted to sleep with her.

I was blind that I didn't see her pain. She told me about the changes she'd gone through, and the people she had met, some bad, some better.

When the lights of the houses started turning off, one by one, we ended the conversation, but not before we could completely see the night's sky, the stars in the complete darkness.

"Sometimes you have to shut off the light to completely see the stars" I told her.

And then out of the blue, we held hands, my heart raced, I could not hear anything, my chest was burning, it was the moment I knew I fell for her.

The rain dried off, and the summer came, I wanted to tell her that I loved her.

But she was preparing to leave town. "If I tell her it will make it hard for both of us", I thought to myself, another excuse.

So I again waited, and it was too late.

The last time I saw her, she went to help her parents to move their possessions. She wore short pants and shirt and she made a pony tail with her hair.

I called her name. She turned around "What?" she asked me.

"There is something I need to tell you", I whispered, she came closer. "What is it?" she asked. I lost my words, I did not deserve her.

Her parents moved the last object into their truck and called for her. "I hope we can keep talk after you go."

I felt like I was going to cry, my soul was tearing apart, my heart ached, her eyes became dark, she closed her heart, she silenced her soul, and my eyes, were sad and blue.

I could not hold it longer, glassy shining tears filled my eyes.

I could start to see the stars. She turned her back from me, I could hear her sobbing, "Is that it?" She asked quietly, but I had no answer.

I could not move my feet, and by the time she got into the truck, she glared her eyes in mine.

My lips said "I love you" but I had no voice, I saw a tear rolling gently off her cheek, but she smiled.

I had waited for too long.