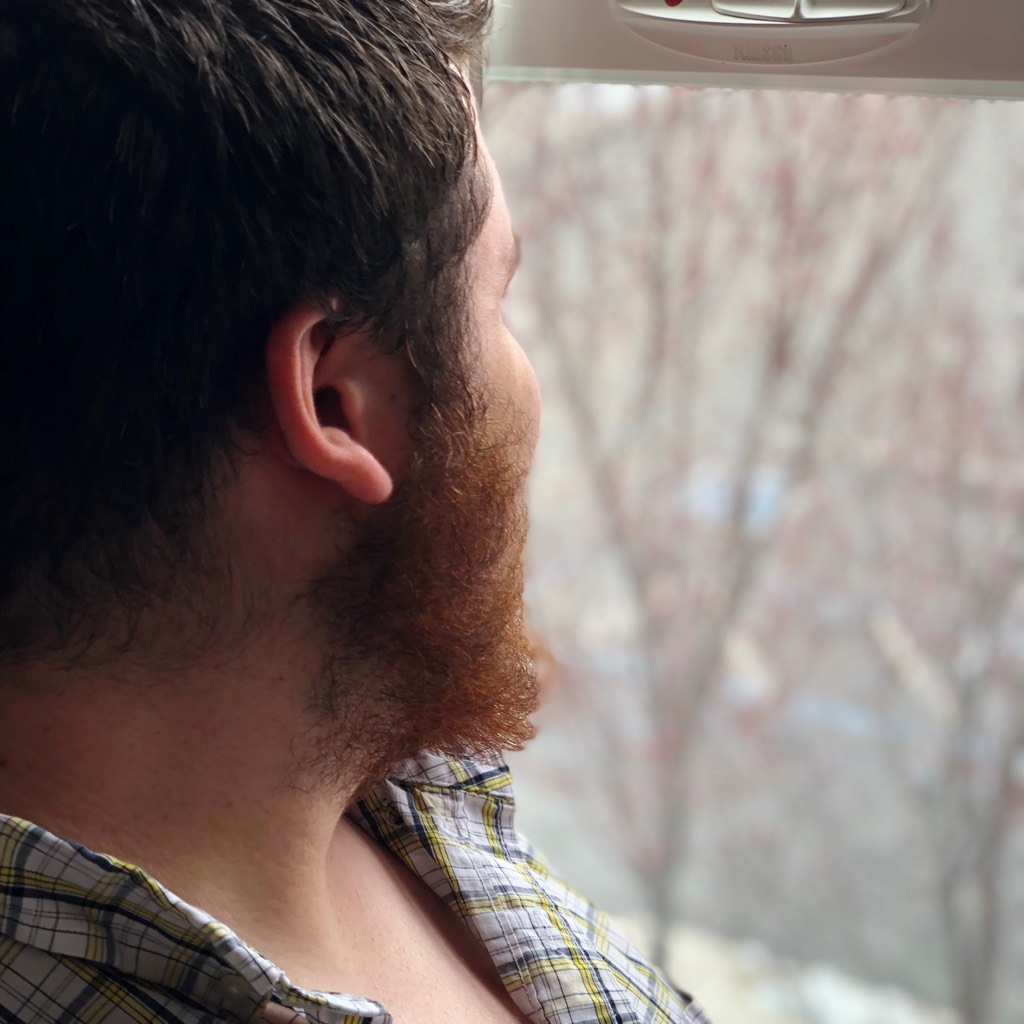 michaelvaughn So many words, so many ways
Autoplay OFF   •   3 years ago
Transcript Use Images
A traveling businessman comes home to a horrific scene he was never ready for. New discoveries about his wife, corrupt agents and a new hope will change this man's life forever, If this seems unfinished or rushed, that's because it's the watered down beginning of a series I started working on! It's definitely still a work in progress, but I'm doing my best! Hope anyone who sees enjoys! Also, critiques and opinions are always welcome!
fiction new world ordercrime mystery

As I was finally arriving home and walking through my front door, I stiffened and let out a horrified gasp.

I was frozen to the core, not sure if what I was looking at was to be believed, or if I even wanted to believe it. I fell to my knees, and started crying my soul out.

Broken glass, furniture thrown about, books and paperwork tossed all around...and red. So much red. Like a rose, it's petals all strewn about, yet, this image before me didn't depict beauty.

This was the ugliest of thorns, and I was cut deep.

There before me laid my wife, on the dining room floor. She now looked like a porcelain doll stained crimson. In a better place, i can only hope and pray. I felt so alone. So empty. So broken.

I had to snap out of it though, so I hastily pulled my phone out of my pocket, keys and earphones flying to the floor in my rush. I wiped my tears away, eyes burning, as I dialed 911.

A female officer answered the phone, and I did my best to explain the situation. I'd just gotten home from a business trip and was met with that horrific scene.

After what seemed like an infinite amount of questions, she finally said she'd send some squad cars over.

I hung up the phone and released a sigh, defeated and frustrated, as I stood up.

I couldn't quite bring myself to check my wife's body yet, so i started heading around the house to see if anything was stolen. I went around the dining room table and wondered into the den.

The TV was smashed to pieces, my desk top having met the same demise.

For some odd reason, the couches and all their cushions were ripped and torn open, and every vase and lamp had been thrown to the ground.

I waded through the chaos and made my way into the bedroom. My wife's computer had been torn open, the motherboard and hard drive inside no longer there. I found that very strange.

Why destroy my computer, but strip hers for parts?

Heading further back into the room, I then noticed our king sized bed flipped over, the rug underneath it removed to reveal a hidden passageway to a basement I never knew we had.

Even more puzzled, I made my way down into what looked to be a sort of panic room, its heavy metal door wide open.

Inside were heavy military-grade weapons, rows of filing cabinets, and lots of computers and cameras.

This room looked exactly like the rest, utterly wrecked. There were a lot of missing hard drives and files from the cabinets.

I didn't know what to make of any of this, so I started scrutinizing the details.

It was hard to make much out, as most everything that might have been useful had more than likely been embezzled. SD cards were nowhere to be found.

Unfortunately all I was able to make out was something about fraudulent government acts, media conspiracies, and a "Project: Broken Wing".

I also ended up finding a National Security Agency badge with my wife's name and face upon it. Just who the hell had I been married to?

I was about to head upstairs, when I noticed a small journal hidden way back under a desk, I almost didn't see it. I picked it up and opened it to see pages full of coordinates and codes.

It must have fallen out of the desk drawer that had been ripped out of its spot, but it definitely looked important.

I had a lot of detective work ahead of me, because at this point it was obvious my wife had been targeted for something far more sinister than I could've ever imagined.

I heard sirens approaching so I slid the notebook and NSA badge into my coat pocket and ran upstairs to greet the police.

I went outside to see a few squad cars, an investigation team, and an ambulance pulling up to the front gate of my property.

I turned around, pushing a button just inside the doorway to open the gate. With a loud buzz, it slowly opened, and everyone headed towards me.

Many officers entered my home and began taking pictures and doing their investigation, as an older looking man, most likely their chief,

approached me and continued asking me questions like the lady on the phone. All I could tell him was what I knew, nothing.

I just got home from the airport and called them immediately after I saw what had happened.

After we were done with our conversation, I was asked to get in a car and head down to the station while the police finished checking out the crime scene,

and to also get put under police protection. As we were pulling out of my drive way, I saw a blacked-out helicopter and a few blacked-out SUV's pull into my property.

I frowned, wondering who the hell these new people were, and again, who my wife actually was, as two nurses moved her body into the ambulance. My heart sank, I never imagined myself planning my wife's funeral...I was tired, and drained.

Even though everything happened over the span of 2 hours, I felt as if I'd been on the run for days. I still couldn't believe that my wife was dead and that she was some sort of agent.

I had a bad feeling though, because further, not only was she an agent, but whatever this "Project: Broken Wing" was, it had gotten her killed.

I looked at the Sergeant, ready to ask a few questions of my own, when my eyes met with his for a split second, before we both looked away.

What I saw in his eyes looked like intense sorrow and regret. I guess he's an empathetic human being. I could appreciate that.

I then averted my eyes back out the window, deciding against the questions I had, at least for the time being.

However, as soon as I looked out, I realized we weren't heading towards the police station at all. I asked where we were headed, but was met with another sad look and silence.

I began to freak out. There was no way this was normal procedure, but I was now trapped.

We pulled into an ally, where there were suited men already waiting, at this point I assumed, for me. The police sergeant simply apologized, got out of his vehicle, and walked away.

I was scared stiff, as the suited men approached the vehicle.

One opened the door on the right side, while another behind him aimed a pistol right at me, and told me to follow him into their car, or else, as cliche as it sounds,

things would be done the hard way. Of course I obeyed, I had no choice but to go along with the whims of these strangers.

As soon as I stepped out of the car, I was put in hand cuffs, blind-folded, and taken for a road trip.

There was no way of knowing how much time passed in the car ride. It was horrible. I could hardly breathe with how tight I was packed between, well, whoever I was between.

It felt like centuries, driving along endlessly, with tension so thick I physically felt weighed down by it.

No one spoke a single word the entire way, the only sounds heard coming from the AC and passing cars. Eventually we stopped, and I was dragged out and put back up onto my feet.

From there I was led blindly into a building and around many turns, and down many stairs, until finally I was sat down, and my blind fold was removed.

I looked around the room, my eyes adjusting to the low lighting provided by one lamp above me. Directly in front of me was a table with the badge, the notebook, and my phone. I was still handcuffed, with additional chains running from the cuffs to the ground behind me.

There were no apparent windows, or even doors. All that was left in the room was a single man dressed again in a black suit.

He didn't look too much older than myself, possibly mid to late 20's, clean shaven, hair slicked back, and a scar that ran from his right temple down to his jaw line. I was terrified.

Why was I here and who were these people? I had a feeling I would find out soon.

The man began questioning me about my wife and her activities, and even knew my entire name, Zachariah Aiden Smith, as he slowly paced back and forth across the room,

never taking his eyes away from me. I looked to the floor, trying to sound normal and disguise the fact that I was shaking in my shoes.

I told him I was a traveling businessman who thought he had married a beautiful, intelligent, and artistic woman, that would paint her days away when I wasn't home.

I asked why he was so interested in such a woman, and his response was to smack me across the face and tell me I knew exactly why.

That we were both dangers to our nation's safety, and that if I didn't want to end up like my wife, I'd better start talking.

Before he could finish his sentence, there was a loud explosion right behind me, and the man in front of me got a bullet between the eyes.

Next thing I knew, my cuffs were broken by a heavy-feeling blade of some sort, and I jumped up, grabbing all of my belongings off of the table. I turned to see yet another man completely blacked out with a machete in hand, but he looked military.

He told me to come with him if I wanted answers, and even better, to live. He told me I had been kidnapped by the FBI, and I was in an underground interrogation cells deep in one of their bases.

He took his pistol out of its holster and handed it to me. I prepared myself mentally for that battle ahead of me.

Everything was happening too fast today, I just wanted to crawl into a corner somewhere and forget about everything.

I looked at the man again and noticed a badge on his shoulder, as he checked his surroundings, that said N.W.O.

I asked him about it, and as we headed out of my isolation room and further into this facility, he simply answered, "We're with the New World Order,

and we're here to fix the broken system that is our country."