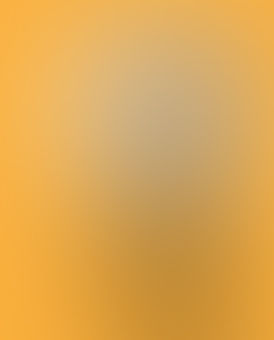 mfhaggard Community member
Autoplay OFF   •   a month ago
Transcript Use Images
A love story I wrote for my Fiancé late at night, which had us both in tears the first time we read it together.

This is a story about a boy and a girl who are high school sweethearts that go on a road trip across the country before the boy leaves home to start his career.

The boy's name is Mase and the girl's name is Benz and they've been together for about a year and a half at this point ,

but they don't feel like it'd been that long because they'd had so much fun in the past year and a half that the time had flown by so quickly.

Although, they feel a bittersweet goodbye slowly and eerily creeping closer.

- [ ] The story begins like any other summer day for Benz,

but Mase awakes from a sad dream with a heartache and feels an epiphany arise to do something special with Benz before he heads off to boot camp for four months.

Mase gets up and ready when Benz asks if he wanted to hangout today, but he tells her that he didn't want to. He was lying, of course, and gets to her house a little later to Benz's surprise.

She is reminded of the day he had asked her to be his for the first time in a while.

- [ ] Mase tells Benz of his dream and she comforts him, as always. He tells her he wants to go on a road trip with just the two of them.

He explains his need to get away from the small town they had lived in for so long and his desire for an escape with Benz into a different,

larger world without any connections to their real life. A dream ride where he and Benz could be just Mase and Benz, a young loving couple.

A dream ride where they could let go of who they had to be, who their family was, how bad they thought their life was, and just be Mase and Benz.

- [ ] Benz and Mase agree to leave together with little warning to their family with a sudden announcement. Mase rents a car and packs his things along with Benz.

They set out for a very long journey to San Diego, California.

This is the place that will start the next chapter in Mase's life as an adult and a US Marine,

so he thought that it would be good for Benz to see it so she wouldn't feel as though Mase was no longer in the same world as her.

- [ ] They drive all day until the sun is about to go down and stop to stay at a motel for the night.

They're both very tired but not too tired to make very passionate love until they literally can't anymore,

because this is the first time they'd had a place other than home to themselves and it made them very excited.

(yes i had to include that) They wake up next to each other with the sunlight shining on their faces through the white motel curtains.

They say good morning and cuddle for a bit and get ready to get back on the road.

- [ ] The couple does all of the fun things people do on road trips like stop at gas stations for big snack runs, stop at tourist traps, see all the lovely sights,

and start to forget about their normal lives. They get a little sick of each other after being in the car together for so long, but still have a lot of deep, simple, and new conversations.

More importantly, they never stop having fun together Benz even drives a little because she sees how sick of driving Mase is getting.

However, this considerate kindness is short lived as she gets tired of it a lot faster and forces Mase to drive again.

- [ ] They finally get to San Diego in the morning after staying at another motel and spend the day there.

Benz sees the place that will be taking Mase from her for a couple months and gets angry and starts cursing the world.

Mase calms her down and she starts to cry so he comforts her and assures her that he'll be fine and that it'll be better for them in the end.

He assures her that everything he is doing is for her and their bright future.

They get back on the road until they reach the next motel they'd be staying at, this time the motel room had a different feel to it. They were now the only family they needed.

- [ ] The story comes to an end when Mase and Benz get back home and feel like different people than when they had first left.

They spend the following weeks with each other counting down the days until Mase leaves for boot camp.

The day Mase leaves for boot camp he asks Benz to promise him she won't be sad and to not lose her feelings for him while they're apart.

She replies with a "I promise babe", but the moment the words leave her lips they both burst into tears and she attack-hugs Mase.

Mase says with a smirk as he's trying not to get strangled by the love of his life," don't squeeze me so tight I might get hurt and can't go." Benz laughs and says," u wish.

You're going damn it!" They share a long kiss, cry, and hug then say their final goodbyes.