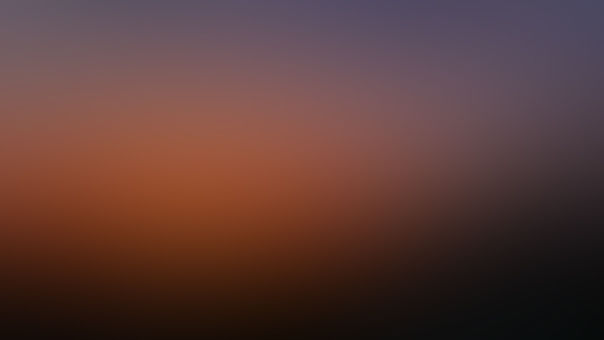 Arthur caught his breath as Merlin leaned in close and he felt his back hit the wall. Merlin moved his hands under Arthur's shirt and tickled his waist as he kissed him gently.

Arthur felt hard against the delicate stroke of Merlin's fingers and nudged forward to catch his tongue in his mouth.

Merlin let out an audible moan as he felt Arthur's tongue shove through his sweet lips. He was overjoyed this was finally happening.

Arthur sucked on Merlin's mouth where their tongues gyrated before he caught his bottom lip. Merlin's hands touched and fondled as if he were trying to memorize every part of Arthur's body.

Arthur halted the kiss and looked down at their bodies.. so close and hot against each other. With his hands bound together, he gaped at Merlin's eyes and let out a shaky breath.

He moaned as Merlin pressed his erection against his.. rubbing beneath the fabrics. He shot a wanting look at Merlin's neck then leaned forward and inhaled a deep drag in his neck.

"Smells so good", he muttered.

"I wonder if-" he licked Merlin's neck and along his jaw line before he finished the sentence and Merlin's body shuddered as he felt Arthur's slick tongue beneath his ear.

Merlin clasped Arthur's bound wrists and held them over his head. He sweeped his tongue over Arthur's exposed neck and grinded him against the wall in rocking motions, back and forth.

Arthur gasped as Merlin kissed from his neck to his bare shoulder. Merlin was aroused at the sound of Arthur's whimpers, soft against his ear.

Merlin leaned away from Arthur's neck and snagged his lips instead. He then murmured against his lips. "You wanna feel good?"

Arthur already felt good but his legs were weak and needed Merlin inside him. "Yes. I want you."

Merlin was ameliorated so he maneuvered by binding Arthur to the curtain post and tugged off his trousers. Merlin then lowered himself so that his head was level with Arthur's dick.

But instead of taking him in his mouth he lifted Arthur's leg over his shoulder and shoved his nose towards Arthur's hole, his tongue moving along it's edge.

Arthur whined loudly as Merlin lapped him with his tongue making them even harder than before. He wanted to settle his hands on Merlin's head; to feel his soft hair.

Merlin poked his tongue in the hole which made Arthur's whole body tremble. Merlin ogled at him with his sultry blue eyes.

"You want this don't you? Want my tongue inside you while you're begging for more?"

Merlin stood up and spilled the oil over his fingers. He gave Arthur a hungry look before he jabbed one of his fingers inside him and sighed at the sense of his tightness.

He kept his finger still for a few seconds and kissed Arthur's lips smooth and gentle. "You good?"

"Yeah.. yeah move," Arthur whispered breathlessly and Merlin moved his curled finger with a slow rhythm. Arthur's moans and shaky breaths made him even harder. "Uh..

uh Merlin I- I need more please." Merlin added the second and then the third finger working him open as he pressed kisses all over the golden boy.

Merlin's rhythms quickened until he pulled out his slick fingers. He open mouthed kissed Arthur as his hands caressed his arse.

Then he bent Arthur around and pushed his erection against his backside earning a groan from him. "Do you want it?"

"Yes, of course. Give it to me now." Arthur pushed back.

Merlin unsheathed and doused his own length before teasing his opening.

Arthur gasped and moaned as Merlin penetrated deep in him until he was full. His face was pressed to the wall and Merlin was crushed against his back to scrape his lips over Arthur's neck.

"Can you feel me?" he growled.

"Yes.. please.. fuck me." Arthur was throbbing now and with his legs growing weaker he needed to be taken immediately.

Merlin started sliding out and back in again making Arthur yell louder. "Arthur.."

Merlin held Arthur's hips in place as he picked up momentum. Merlin chuckled when Arthur was moaning with every thrust.

Arthur turned his head to kiss Merlin's mouth as he thrusted his size inside of him. They shared sloppy kisses until Arthur screamed when Merlin changed his position a bit.

The room was filled with howls and the sound of bodies. "Merlin, I- I'm close.. please.

Arthur cried at the sense of Merlin's hands so tight on him. "P- please Merlin.."

"Please what?" Merlin said as he was pumping in his lover.

As he thrusted faster and faster, Arthur began to whimper.

Merlin grunted as he came inside; hushed Arthur's cries when he pleaded.

He pulled out and twisted Arthur to face him and lowered himself again. He enclosed his mouth around Arthur's erection. He pushed his lips to cover his length.

He sucked meaningfully as he moved his head back and forth making Arthur cry out until his legs gave way.

Merlin tasted further and after a few more mouthfuls, Arthur jerked as he released inside Merlin's mouth. Merlin licked everything, satisfied.

Arthur was heaving huge breaths as Merlin untied him and dropped to the floor.

Merlin held him up and Arthur wrapped his limbs around his lover, holding him close.

Merlin took him to the bed and they cuddled by the flames before they fell asleep in each others arms,

positioned so that their foreheads we're touching and caressing one another with the brush of their fingertips. Like velvet.

They woke up at midday and adored last night considerably thus they did it again but had Merlin tied up instead, which Arthur enjoyed very much.