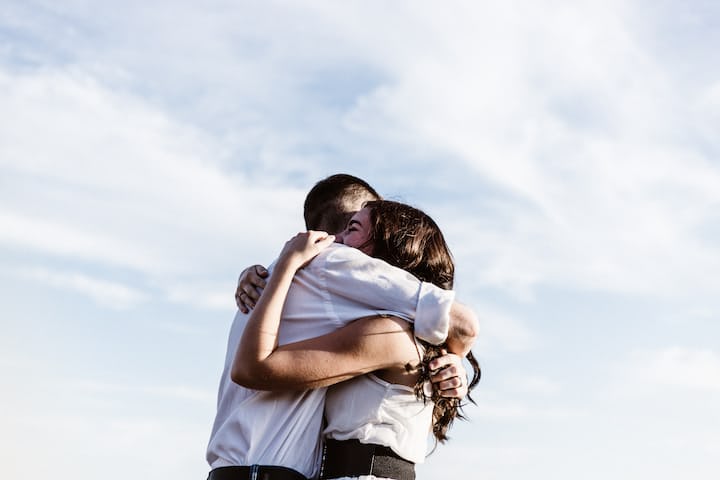 The Sun and Moon are a world apart, and yet they both look at the same world together.

One sees the world in its bright and shining radiance. The other sees the cold and dark silence.

The sun sees the world and all its people moving along in a circular direction. Their squinting eyes are narrowed, as they all try to be with him.

The moon, it sees the people as it tries to tag along. But they move in the shadows, whispering in hushed tones.

The sun, it dared to change how people saw him.

The moon, it dreamt of seeing real people.

Until one day, they found each other. As if the stars aligned to have them together.

And so, the sun wiped the stardust from the moon's melancholic eyes

as he shed some light and covered her up till she felt his warm embrace.

So while the moon sees the world through borrowed light, it stands tall in the sky.

For it knows that a friend awaits till they embrace once more.