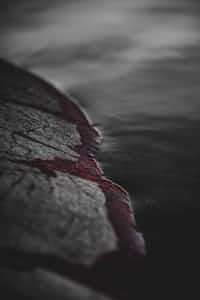 mermaid_motel Love the sound u make when u shut up :)
Autoplay OFF   •   9 months ago
Transcript Use Images
A short story about a psychopathic brother...

LOVED IN CONFUSION Memories and voices come to him in bits and flashes of blinding light. It felt selcouth then and even now. Maybe it was his twisted fate or maybe it was his punishment.

But it didn't frighten him. It just left a gaping hole in his soul, forming a void so deep that even the ocean's lust and the sun's greed couldn't quench it.

Lost in his life of make-believe, he often found himself questioning his sanity. 'Was it knowing that you can't escape from reality' or 'was it deceiving yourself to adjust to the reality?'

Or maybe 'sanity' was just a cloak of ideals and norms set by the society to which if one fits 'perfectly' is regarded as sane and if not then insane.

For the longest time he used to believe that once he was happy and everything was perfect, he would be sane once again. But little did he know back then.

Years later, he has come to realize that happiness is an illusion altered to fit the minds of people who can't live with themselves and 'perfection' is just a disease of the mind sculpted to keep people busy.

Nonetheless, I have accepted myself, I can positively say that I can live with myself without wanting to strangle myself to the brink of blurred vision. But I won't be as modest as to say that I was always like this. I had issues and problems...

7 years back-------- It was pitch black in the Jeon residence. All well and mighty. Until a drab of laughter resounded the halls. Innocent but morose. Running down the hall with a knife in his hand the young boy couldn't contain the sweet wave of intensity and power.

He strove forward to chase his adopted baby sister. Only a few years younger but what resilience she held. Always displaying the pretty lies wrapped underneath the truth. Doting and caring; just how their parents appreciated.

Swiftly and steadily she walked down the velveted stairs. Giggling and smiling inanely. It was their favorite game 'Tag you're it'. They played this game every day after their parents drank their nights away and dozed off.

Despite that they never grew tired, perhaps it was the thrill of the rush. The surge of having the power of being able to run behind the younger holding a knife. Lifting an already severed sense of boundary to catch the younger and letting her taste the pain by seconds....

But something was different this night. Tonight, his eyes were swollen red from crying and his hands all cut and glazed from the practicing. He seethed in pain and turmoil for he knew what would happen next.

Overwhelmed and confused he grunted in distress and a string of tears rolled down his flaming cheeks. He didn't want to do this-- but--he had to. After all it was the only way out of his misery. He couldn't stand it anymore and it was all because of her.

Not that he hated his baby sister, but it was merely her existence that caused him problems. He knew that it wasn't her fault that she was younger than him or that their parents were mean to him or that he was neglected and bullied.

Regardless he thought that having her out of his life would end his suffering. He would finally get his parent's approval and validation and they would finally attend to his torment and depression. They would finally notice his bruised hands, his swollen eyes or his bleeding hands.

Of course, anything to help him sleep through the nights. Memories and voices dissipate as quickly as they come. The blinding light ceases to be, and he wakes up with beads of sweat lacing his forehead.

He checks the alarm clock on the bedside table and grunts, "Ugh! I'm late." And that is how he starts his day. The End...