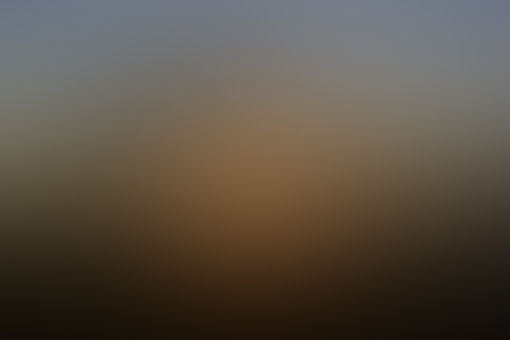 melodyrenslow Community member
Autoplay OFF   •   6 months ago
Transcript Use Images
It was the day of the parade and Fairy Tail was in it. You had decided to participate in the miss Fairy Tail contest. You sat with the thunder legion, but you noticed they were acting weird. ''Hey guys are y'all ok? Y'all are acting weird'' you say.
fanfiction laxus

It was the day of the parade and Fairy Tail was in it. You had decided to participate in the miss Fairy Tail contest. You sat with the thunder legion, but you noticed they were acting weird.

''Y/N I don't think you should participate in the contest'' Laxus says as he looks at you.

Y/N looks at Laxus and growls ''I'll be just fine Y/N than walk off to get ready and walks off.

TIMESKIP TO THE CONTEST

You came out in your regular clothes and say ''mystic dragon transformation'' and your outfit changes into a dress that's mystic colored. You see Laxus staring at you and you blush.

You walk off the state and Evergreen walks up, but your too busy thinking about Laxus to realize what's happening until it's too late, and you were turned to stone.

Freed puts up an enchantment than walks out with the rest thunder legion. You see Natsu start to freak out, and you use your magic to break out of the stone.

No one knows this but the everyone in the thunder legion has a weakness to mystic magic. You break out and look at Natsu ''calm down and stop acting like that''

''Yes ma'am'' Natsu says quickly he was just as scared of you as he was of Erza. You than walk up to the enchantment and say ''mystic dragon kick'' which breaks the enchantment.

They nod and you walk towards the one place you know Laxus is at Kardia Cathedral. You run as fast as you can and your panting by the time you get there.

You noticed that Laxus set up the thunder palace and you gasp, you can't believe that he would actually do that. You rush inside to see Laxus smirking and sitting in a chair.

''Laxus please stop this'' you shout.

''I should have known you would of broke free none of us are strong enough to beat your magic. He smirks. Oh come on Y/N join me and we can rule the guild together'' he says.

at Laxus as tears run down your face. Laxus smirks and dodges.

''Lighting dragon roar'' he shouts, you and the thunder legion was the only ones that knew he was a second generation dragon slayer.

You go to dodge but fail since that attack you just used too a lot of magic out of you.

You get hit and fall to the ground coughing, you than proceed to curl up into a ball and tears fall down your face as you realize that you failed everyone.

Laxus looks at you and smirks ''weakling get up and fight'' he scoffs.

''Laxus please stop this now it isn't too late'' you plead hoping he will listen, you tried to keep your voice from breaking but failed.

I look at the weakling in front of me lying on the ground, she looks familiar but I don't know who she is.

I feel like she is supposed to mean a lot to me but I can't figure out who she is and than I heard her speak.

''Laxus please stop this now it isn't too late'' she pleads her voice breaking as tears fell down her face. When she says that I blink and shake my head, I was back to my normal self.

I say Y/N laying on the ground hurt and gasp.

''Y/N!'' I shout as I run towards her and gently pick her up. ''Y/N I'm so sorry I-I don't know what happened I just couldn't see clearly I didn't realize it was you'' I say.

''It's ok but your lighting hurts it's my weakness I might not make it, and if I don't I want you to know this I have always loved you'' she says with a weak smile on her face.

''Lighting magic is very strong agasnit mystic magic and I can feel my magic fading away, I know it wasn't your fault please don't blame yourself''

She gives me one last weak smile as she takes her last breath.

I take down the thunder palace and write a note to Fairy Tail that said 'to the guild I did something terrible so I'm leaving the guild don't send anyone after me.

Gramps I'm sorry for what I did to the guild. Evergreen I want you to turn all the women back. Freed I want you to lift all the enchantments.

Also one last thing I'm sorry but Y/N is dead and that is why I'm leaving she is dead because of me don't send anyone after me. Laxus.

' I send the note to Fairy Tail than I take off my guild mark slowly dissapering as I walk father away.

I was about to leave magnolia I turn around and give it one last look before turning and walking out never planning on returning.

After today my magic stopped working and I can only assume it's because I killed Y/N.

My magic still doesn't work and I don't plan on using it. I got a regular job and lived a depressing life. I never went out and had fun I never contacted anyone.

I now lived in Crocus but didn't do anything fun. I'm not even gonna go to the GMG's because Fairy Tail might be there and I don't want to risk seeing them.

Sometimes I still hear Y/N but I know she isn't alive. I still regret what I did to this day. I will never love another girl.