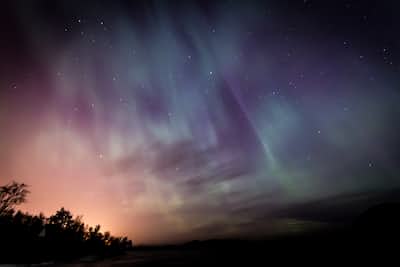 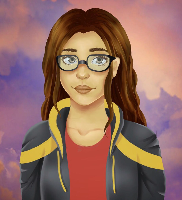 mauvilacxc Life is a soup and I'm a fork.
Autoplay OFF   •   3 years ago
Transcript
Short story.
fiction

I saw him sitting on a park bench that day. Warm breeze blew and it felt as if time had stopped, just for me. He was invested in this book he was reading. Nose scrunched up and glasses on.

The setting sun illuminated him, and at that moment he looked so beautiful; as if carved by the gods themselves. His skin glowing under the golden touch of the sun and hair a light shade of brown

I could see the golden ring in his eyes and beautiful patterns in them, those brown eyes were drawing me in, to do ultimately the inevitable. It was his fault that he was so perfect after all.

I couldn't wait to push him on the bed and laugh in pleasure as I bit his lip, making him moan.

I couldn't wait to see his eyes twist from unexplainable pleasure to unfathomable horror as I gushed the knife inside him while feeling the warm salty taste of his lips.

I couldn't wait for him to squirm in agony as I twisted the knife inside him and laughed maniacally, while his bloodshot red eyes pierced into mine, accusing me of betrayal.

I couldn't wait to hear him wail in pain as I dug the knife in deeper and saw a trail of scarlet red blood trickle out of the wound.

I couldn't wait to see his eyes roll in the back of his head as he released the last puff of breath while I caressed his cheek.

I jerked back to reality and took a deep breath as I sat beside him. I moved myself to face him as I put a strand of my hair, flowing in the light breeze behind my ear.

"What book's that?" I curiously questioned in my sweetest voice, as my eyebrows scrunched up a little and lips in a small pout.

"Oh it's just-" he might've said something but I didn't didn't pay attention. I was lost in those eyes- truly and deeply.

We talked about everything after that, it almost felt like I'd known for years as he chuckled at something I said, and I smiled- a genuine smile, after so many months.

"Oh wait" He said and I raised my eyebrows "Introductions first" He flashed a smile and extended his hand "Carlos." "Aries" I smiled and extended my hand to shake with his.

I felt a slight electric shock in my fingers as our palms touched, and I know he felt it too. He looked up to me and our eyes locked for good few seconds.

His hands lingered on mine as I drew them back, slightly frowning. This- whatever it was, wasn't meant to happen. My job was to woo him, and kill him, not fall in love if I wanted to survive.

Love is beautiful; but it kills. It's like a drug. One moment you're high on it, as it kills you, slowly and steadily, taking away bits and pieces of every inch of you.

And when you realize it, it's too late. You're already dead.

"Earth to Aries" Carlos said as he waved his hand infront of my face. I blinked once or twice "I-I'm sorry, I guess I zoned out" "It's okay" he smiled warmly.

"So I was asking" He rubbed the nape of his neck, "You seem really cool and everything." I raised my eyebrows. "Do you wanna like, hang out maybe?" "Of course" I said chirpily. Score. I thought.

Two weeks later we're walking hand in hand as the bright neon lights of the city fell over us.

He was 21, a writer and lived alone in this apartment in the city where we were currently making our way to. He was so naive, so easy to entrap. What an idiot.

I smiled to myself thinking about various ways I could end Carlos's life with as we stood infront of his apartment.

Carlos unlocked the door to reveal a massive apartment and looked down to face me, "You ready?" He said as he smirked. "Ready as I'll ever be." I said as I crossed my arms and met his eyes.

I stepped in the apartment and felt intense euphoria bubble within me as Carlos closed the door and made his way to stand infront of me.

And I don't think I need to explain what happened next.