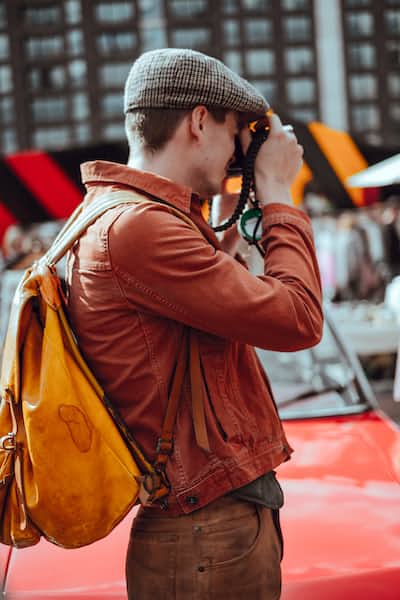 mariamstories Follow me on instagram @mariam.stories
Autoplay OFF   •   3 years ago
Transcript
The day I realized I loved you was crazy and stressful, and it all started with your smile.
romance romancecutelovesmilecliche most romantic cliche stories

"Where the heck is the office?" I said to myself while hasty

The streets are crowded

with both cars and people side by side.

The heat suffocating, and the stench horrifying.

And there I was in the middle lost and confused.

A coffee in one hand, my portfolio in another, and an interview at nine.

It was eight forty-five and I was screwed.

As I waited for the stoplight to turn red I tapped my foot impatiently.

As soon as I could cross the road, I started walking disregarding my surrounding as I tapped Google maps endlessly.

"Oh, Crap." I thought to myself. What else could go wrong?

I bumped into him.

Portfolio on the ground and coffee on his shirt.

I hasty collected my papers, not even realizing he was still watching me from above.

I look up to mysterious blue eyes and golden brown hair.

He was tall, way taller than me.

My coffee stained his white shirt a light beige.

I would've been angry, real angry in all honesty.

He wasn't, not a little. In fact, I didn't realize he was speaking to me.

"I'm so sorry." He said with a worried face.

"I wasn't looking, this is all my fault." He continued.

"I can buy you another coffee if you'd like."

I couldn't help, but laugh.

Is he serious? It was all MY fault.

My laughter only added to his worry and confusion.

So then I spoke.

"Don't worry about it. It's not your fault."

"In actuality, I wasn't looking either," I said awkwardly.

"But, since you were kind enough to offer a coffee,

do you mind giving me directions instead," I said with a soft smile while looking at his eyes.

You could get lost in them. Like we're looking at the sky.

And there it was the smile.

A smirk that showed his pearly white teeth that were straight in order.

I could have stood there forever admiring the was his eyes narrowed and his dimples appeared.

We were still standing in the middle of the road.

We ran to the sidewalk laughing.

And it was that day;

that I realized I loved him.