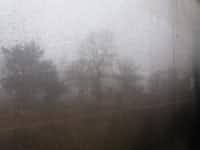 manijade26 Just trying to figure it all out
Autoplay OFF   •   a year ago
Transcript Use Images
Jesse is constantly at battle with her demons and isn't exactly hiding it. But sometimes when you can't live for yourself, you live for someone else.
feelings depressionsuicidehopehope-itgetsbetter/it gets betterhelpyou're-not-alonementalhealthmental health

Jesse opened the door to her tiny and once cozy apartment and walked into complete darkness.

There was a smell, and she couldn't tell if it was the half-eaten pizzas and Chinese food containers lying around or the overflowing trashcan, it was a combination of both,

and the smell was sickening and yet somehow comforting. She walked to the kitchen, mechanically, avoiding the trash on the floor despite being blind.

She turned on the kitchen light and the florescent bulb flickered a few times before staying on. I'll need to call and have that fixed, she thought.

Her eyes grazed over her littered kitchen and towered dishes. I'll clean tomorrow, she told herself again. She walked to the fridge and grabbed a half empty bottle of wine.

She peaked in the cupboard for a glass and after realizing none had been miraculously cleaned, she popped open the bottle and drank from it.

She turned off her kitchen light and walked blindly to her bedroom.

After finding her bed, Jesse grasped around her bedside table and turned on the TV. She looked at the screen but if anyone had asked, she couldn't tell them what she was watching.

She caught herself staring at the window hidden behind big dark curtains. She couldn't remember the last time she saw sunlight.

The curtains were always drawn closed and she recently started working the night shift.

As if being pulled, Jesse stood and floated to the window. She inched her fingertips cautiously towards the opening as if the light coming in would sting her.

She pulled one side of the curtain open and disappointingly found the moon looking in at her.

She sighed and stood there staring for a moment at the sky and suddenly her began to skin crawl as if each star were an eye looking down on her, seeing her, judging her.

Jesse looked down at her hands.

Her hands were ugly. Her nails were bitten down so low that they hurt and there was some remaining nail polish on a few of them. Her right-hand fingertips lightly danced across her left palm.

She could barely feel it. She pinched herself again and then again, harder each time, but she barely felt each one.

She quickly turned to her dresser and grabbed a pack of cigarettes and a lighter. She shook as she placed a stick of poison between her lips and lit it.

Jesse sucked in as deeply as her lungs would allow her and then removed the cigarette from between her lips.

She fiddled with the stick before taking a breath and plunging the burning end into her left palm.

Her eyes popped open and she let out a yelp from the pain, but she didn't dare remove the stick from her palm, instead she twisted into her palm deeper, while gritting her teeth.

She snatched the cigarette from her hand and relit it and placed it between her lips. Jesse stared at the new hole in her hand. It hurt like hell.

Then, she could feel the eyes in the sky watching her and she turned and held her hand under the moonlight as if presenting her work to the sky.

The room darkened and Jesse looked up to see clouds covering the moon and disappointment flooded over her as if the moon had turned its head away from her in shame.

Jesse angrily shut the curtains again and stormed to her bathroom, grabbing the bottle of wine and stripping off her work clothes along the way.

Forgetting that the cigarette still sat on her lips, Jesse placed her head right the shower head and turned on the water.

She forced herself to endure the freezing water until it warmed up and she let the soaked cigarette drop. She bathed herself, taking gulps of wine in between.

She turned off the water and stood there for a while before sitting in the tub and finishing off the wine.

And there she stayed, staring at the water dripping from the shower head until the warmth of the alcohol in her body lulled her to sleep.

The ache in her back woke Jesse up. She peeled herself out of the tub, grabbed a shirt from the floor on the way to her room and laid in bed.

She didn't move but felt as if her soul were detaching itself from her body and looking down at her with sad eyes.

She laid there for hours, the light peeking from the curtain switched from white to a pale orange.

Fuck it. Jesse got up and sat at her small kitchen table, the only clean surface in the apartment with a bottle of water and pain killers sitting in the center of it.

She had decided that an overdose would be her best option since everything else was too messy and inconsiderate.

She felt guilty for whoever might find her body and didn't want the scene to be too horrific.

She sat, staring at the bottle in front of her, with a cowardice that she found even more disgusting than the pigsty she was living in.

Finally, she grabbed the pills and fumbled with the lid until she got them open.

Was she supposed to swallow a bunch at once? Or should she take one at a time? The bottle warned against taking more than 8 pills daily but would 8 kill her or just make her sick?

Jesse decided that she'd take 20 pills, 4 at a time, and then down more as needed to get the job done.

She carefully laid out 20 pills in front of her as if they might explode if set down too abruptly. She grouped them into 5 groups and cracked open the water bottle.

Jesse had gotten down the first 4 pills before she heard a gentle knock. She ignored the door and grabbed the next set of pills.

The knock was repeated and this time a voice followed it, "Jesse, honey, are you home? It's Ms. Cain." Allowing her guilt to wash over her, Jesse sighed and went to answer the door.

"Hello Ms. Cain, what can I do for you?" Jesse said with a smile on her face to the older woman at her door.

She was a short woman with wild curly hair and the purest heart Jesse could ever imagine. Ms.

Cain returned the smile, pretending she couldn't smell the inside of Jesse's apartment, but the slight wince of her nose gave her away.

"Oh my, where are you pants dear?" Remembering that all she was wearing was an oversized T-shirt, Jesse's face became slightly warm.

"I'm sorry, I just jumped out of the shower and tossed something on," Jesse lied.

"Well, I won't keep you long then. Some of your mail found its way into my mailbox again."

"Again? I swear he mixes up our mail every week, we need a new mailman or for our current mailman to get some glasses so he can see the right address.

" Jesse casually flipped through the envelopes given to her as she spoke to avoid looking Ms. Cain in the eyes. Jesse's eyes always revealed her, and she didn't want Ms. Cain to worry.

"Howie?" Jesse said teasingly, "Ms. Cain you dog, when did you get on first name basis with the mailman?"

"That's for me to know and you can mind your business, "Ms.

Cain laughed, "Also, I couldn't help but notice all the food deliveries coming to your door, so I brought you some leftover pot roast." The Tupperware bowl Ms.

Cain handed Jesse was still warm and Jesse could tell Ms. Cain had made the roast just for her by the look in her eye.

"Thank you very much, Ms. Cain, but you didn't have to do that, I can feed myself."

"Pizza everyday can't be healthy, and it's bound to get boring."

"That's why sometimes, I order Chinese." Ms. Cain flashed a glare at Jesse.

"Fine, then call this my last gift to you before I move out."

"I'm moving tomorrow dear," Ms. Cain said worriedly. "I reminded you that I'm moving in with my sister last week." Jesse could sense worry in Ms. Cain, and it caused her stomach to knot.

"Of course, I knew that. I just got my dates mixed up," Jesse said with a weak laugh. "I just hope whoever moves in will be nice enough to bring me my mail."

"I'm sure they will. Well, I've got packing to do and you're half naked, so I'll let you go." Ms. Cain reached her arms out and hugged Jesse real tight. "I'll come visit you sometime."

"I'd really like that," Jesse said squirming from the hug. "Bye Ms. Cain."

"Take care of yourself and be sure to eat that pot roast!"

"I will," Jesse said as she closed the door. She faced her apartment and remembered the wince from Ms. Cain's nose. Jesse went and set her mail and pot roast on the kitchen table.

She looked at the pills there and then pictured Ms. Cain's face after learning that Jesse committed suicide. Jesse sighed and put all the pills back into their bottle. 'Take care of yourself.

' Jesse heard Ms. Cain's words ringing in her ears, 'Take care of yourself. How am I supposed to do that? 'Jesse looked around the room and saw the scattered trash.

She grabbed some trash bags and began filling them. As the bags filled, she set them outside her front door to take out later. She washed the dishes and swept, mopped, and vacuumed.

She scrubbed out stains in the carpet and wiped down all the counters with bleach.

At last, she stood looking at her clean apartment and was amazed at the pleasant smell that filled her nostrils. 'I guess this is a good start. '