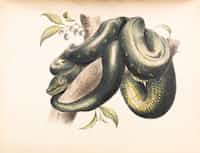 manekineko I write to reflect
Autoplay OFF   •   a year ago
Transcript Use Images
" Keys, headphones, wallet, phone. " I mumble in front of the door to my apartment. It's a small place in a suburban area of my hometown in East Germany.
fiction firstfictionnewrookiegermanylovedirtpolicesmokeswhisky/ most romantic new storieshappiest cat storiesmost romantic loneliness storiesfunniest fiction stories

" Keys, headphones, wallet, phone. " I mumble in front of the door to my apartment.

It's a small place in a suburban area of my hometown in East Germany.

and people get cautious like a cat rotating its ears in unknown territory. I was already on my way back from the supermarket when I heard: "General personal control, ID, please."

coming from an officer standing inside the sliding doors of the police wagon, which had just rushed down the street screeching its tires.

His flashlight still in my face, as bright as the sun on a hangover morning.

I reached into my coat pocket, handed him the piece of plastic that told me I existed--Johannes Baris, 24 years old with grey-blueish eyes about 175 centimeters tall,

born in the state republic of Germany.

"Have you ever been in trouble with the law ?"

At this point, I already guessed that's connected to recent burglaries in the neighborhood.

Someone stole expensive gardening tools from a wooden shack nearby, and of course, they generally control the only mid-twenty year old in an eight-kilometer radius.

"What's in the backpack? Mind opening it for us? "

"Groceries, bike tubes, and tools to fix it; I usually ride my bike, but the store is close by, so I just happened to walk there."

"Where do you come from, where are you headed? "

"No, where were you before ?" he asked with a particular annoyance in his voice.

His colleague intervened, "You live around here ?"

"Yes, just over there. " I pointed my finger towards the pre-war build with a facade that looked like an overripe cantaloupe.

"I see; mind if I check your wallet; do you have any forbidden substances, weapons, or objects that slice or pierce? "

"I can feel that; why do you carry so many coins?"

After their squad had a good laugh and made gestures about lifting my wallet like a dumbbell, they handed me back my ID,

which they previously ran through a system to see if I had a felony or anything like that, suppose.

My pulse was calm, and my blood pressure below average.

I opened the door with my keys; I haven't been living here for too long, so I always mix up which key is for the entrance to the hallway and the apartment.

Phrases always help me, so I made one up:" Round for the ground, square goes up there ."

I entered with the square, traded my shoes for slippers then put the product in the fridge.

Dairy to the lowest compartment paired with vegetables and fruit, meat, and other processed foods in the middle row, beverages on top, it just looks right that way.

I read in a magazine that the fridge cools different based on its compartments, that milk should be in the middle or top row together with ready to eat food or pre-cooked meat; raw meat, fish,

and poultry to the lowest.

This article made sense to me since they also mentioned veggies going in the veggie drawer, but bad habits die hard like a can full comfort, which I depend on more than I'd like.

I go out on the balcony and reach for my pack of smokes, which I always place in my coat's left chest pocket.

The front shows a golden pyramid with a faded Marlboro logo on it, which seems relatively shallow below the graphic picture of a tumored tongue saying "smoking kills."

a European standard to prevent people from smoking, yet I see the gas station clerk twice a week.

It's a treat for me, having a smoke during a work break, on my way to catch the last train, after I get home around 1 a.m.

paired with a small glass of Suntory whisky, another habit I picked up after moving places.

I wouldn't call it a home but a venue where I sleep, eat, spend my free time make the best out of what's left. The theatrical play of my private life is moving.

Drama, silent amusement, melancholia are the stylistic means that set the tone for whoever lives here.

I stare into the sky while I blow smoke into the night, trying to remember the star constellations we learned in school.

A sound that calms my soul and reminds me of a naivety that I loved but lost, which used to set my world on fire but doesn't light me up anymore, a real home,

a reason that let me see things through to the end.

What hurts me most is not the loss of her but the ability to love without questions, believe without asking twice and be manic about shared time.

It's a beautiful feeling to love even more than being loved, communicating problems, being an outlet, creating experiences.

Wanting to be needed made me thrive, led me out of my comfort zone successfully, created the blueprint for my happy ever life.

It was a sleeping mask, and I woke up. I found myself by myself once again, which is the only constant in life, I know.

Every morning when the sun rises, a new day begins, a new white canvas and billions of possibilities to create a new piece of art. Yet the same picture, resembling a Pierre Soulages.

Not as refined, but brushes, color, perspective, and emotions are the same to an untrained mind. Sometimes I feel bitter like the green tee's first infusion; I always pour away.

I settle in my queen size bed for the night and try to read a few pages of Haruki Murakami's "South of the Border, West of the Sun. " while being wrapped up in my sage green covers.

Marry lays in between my legs as she always did, curled together slightly tilted to the side.

Her small paws facing towards her well-fed stomach, her eyes are squinted, and her tail stuck between her legs.

Every time I move a bit for more comfort, she lets out a small meow as if to signalize that I should go to bed.

Among all the things I curse at for being present in my life, sleep and cats are what I'm thankful for having.

After a night full of tossing and turning like usual, I wake up around 7:30 a.m. just in time to witness the sunrise on this Saturday morning.

The colors of the horizon play beautifully peaceful not even a bird can be heard over the sound of silence.

Different facets of red, pink, orange and yellow remind me of those display fruit baskets at malls.

I check for emails or any other communication outside those four walls that make my bedroom, but there is nothing,

just a blank sound that turned into white noise and an earthy taste in my mouth.

Still somewhat dazed and tired from my night that was supposed to be restful, I walk towards my work desk to sip water from the half-empty bottle situated next to my computer tower.

As I swallow, the taste gets worse and overwhelming.

I can barely breathe, am I having a stroke? "Should I call an ambulance ?" is what I thought, but all I could do was wave my hands as my mouth seemed to be sealed.

I walked towards the kitchen to get on my balcony to wave for help, but it was already too late; the taste of moss and decaying acorns overcame me,

and I released what wasn't supposed to be in my system and threw up right over the ground as I held my stomach.

My eyes were wide open as I'd just seen a ghost or had a near-death experience, which it really might have been.

The floor was covered in soil and grass, not a single sign of half-digested food remnants.

The pressure in my stomach had left, but the exhaustion was beyond what I would usually even feel after a long day of work.

The last thing I remember are my feet slipping away; I must have passed out and fallen to the ground.

Why else would I lay there in the middle of my spacious kitchen, surrounded by potting compost?

I got up and looked around to spot the time, but I haven't come around to hang up any clock in my kitchen; I rely too much on my phone.

I hear a rustling sound and playful meowing coming from my bedroom. Marry must be playing with the screw cap that I had let loose while trying to get help.

Well, and then there is just this pile; I have no idea how it even got into my system. I walk towards her with heavy steps holding onto the walls of the hallway.

I can hear her playing under my bed.

As I go down on my knees to take a peek, I realized that the cap, which I assumed she would dribble in joy, was lying right next to me; So I checked, and it wasn't but a chestnut.

In January, just two weeks after new years eve, but I had moved in around November. Was it from back then? I can't remember bringing any in, not even as a toy for her.

I got up again just for a metallic shine to get my attention like I was some raven or magpie.

To the left of my vinyl player right next to the window, situated on an IKEA shelf surrounded by cacti, which I had carefully replanted a few days ago, laid a garden spade.

I hadn't put it there, and I honestly don't even own one. I use my hands wearing gloves when replanting.

The tool looked relatively new, with no scratches, dents, or roughed up edges, just covered with a thin layer of dirt that would be easy to brush off.