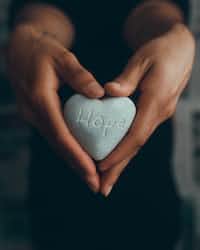 malovelife Untold stories of life
Autoplay OFF   •   4 months ago
Transcript Use Images
If problem is demon , have hope as angel
thoughts hopehope-villagecowprincemarriagefield

There is a beautiful village, A cute girl named Olivia lived in a village ,

His father so rude and he always scold Olivia , and her mother is so calm and she even don't talk a word against him.

They are all lived in a small house in a village, Olivia's father is farmer and he has some of the cows in his house.

Olivia has the responbility to help his father in field , she usually take the food for her father and go to field, until her father eats she would take care of the field works ...

but she is very little girl who is age is 7 ,

And she is very brillant and brave girl, Olivia has sister and brother , but they won't do any work..

Only Olivia do all the work , after field work she came in the evening with sack full of food for cows , and after came she has to fill the water for cow ..and so on ..

After a tired day , she peacefully sat for the dinner..

But food is very less, so Olivia gave the food his brother and sister ..

And she ate someother vegetables from the field, for that also sometimes , her father and mother scolds her...

But she won't feel sad and waiting for good thing happened ...she always had a belief that every problem has an end .

Several years goes like this ...she turned into 18 ...but her belief still there and that problems too..

Once , Olivia working in the field, one prince saw her since she is damn beauty and brave girl....

Prince asked his workers to get the details about her ...from the details he knows , she doesn't have the beauty outside but by heart too...

Olivia's parents arrange marriage for her , but that life also not good , that family also want Olivia for work ..

Olivia hope is still there ..

At the last minute of Olivia's marriage prince arrived and marry her , take along with her..

Moral of the story:

Every problem has an end ....it's not about the problem, it's about how we take the problem ...