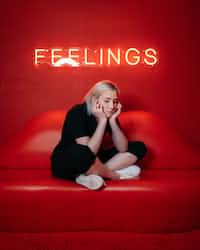 makoto_shido Try to find the inner me, You can never!
Autoplay OFF   •   6 months ago
Transcript Use Images
Earlier I could not explain much however this is what exactly happened...
You have to listen this!!!! Gosh! I don't know what to do?!?!
feelings jealousromance upcoming...idaten jumplove squareteen-loveteenloveteenromanceteen-romance

Earlier I could not explain much however this is what happened.......

As soon as Liza left, Katsuo came to call her sis Tanya for dinner. She introduced him to me & Sho.

Kanya (Kakeru & Tanya ) already know that I love Sho. But they also know that Sho also loves me which was pretty sure by the things he does, but have not realized that he likes me.

Ooof! What a dumbo he is ((┬┬﹏┬┬) ). So they set up a plan to make me and Katsuo do a couple of things which made Sho jealous.

Well, I thought Katsuo has feelings for me but after Tanya texted me that he is helping us and then I also started acting with him.

And I was sure that Sho did not like Katsuo keeping a hand on my shoulder or him teaching me his new tricks on my bike.

Today we three planned to meet at our Mtb track.

Hey comment if you want to know everything about Makoto and Sho.