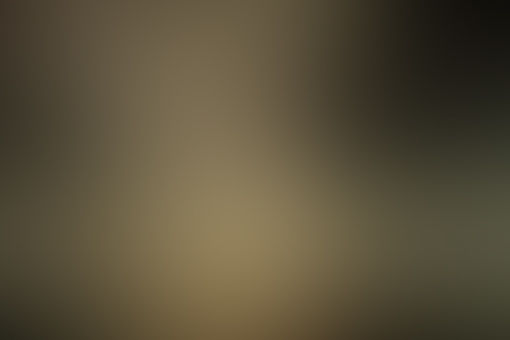 majorasmadeline Think deep, but don't sink.
Autoplay OFF   •   4 years ago
Transcript Use Images
BANG, BANG, BANG.
The heavy, misguided foot steps indicated that he was in his usual state of intoxication; the girl quivered with dread. She knew what was coming to her, what the next ten minutes would bring; this only made it more terrifying.
fiction endchildabuse

A small, fragile girl sat shivering in a window sill of a one room tenement apartment.

The space surrounding her was not occupied by much; on one end of the room, there was a tiny black stove with smoke billowing out of the kettle at its top,

and at the opposite end there was a thin, dirty mattress with a blanket carelessly strewn over it.

Near the window sill, there was an even smaller blue mat accompanied by a ratty towel that served as a poor excuse for a blanket. This was where the girl slept.

Other than those articles of furniture, the room was virtually empty.

The walls were white and gave the room a sense of being trapped inside of a prison; there was a tiny window with an extended sill, which was the girl’s favorite place to be.

The whereabouts that enclosed the tiny apartment outdoors was equally as dismal.

As if the inner ambiance of the residence didn’t have enough of a depressing feel to it, the weather outside was grey and threatening.

Clouds quilted over the sky until so much as a ray of sunlight was essentially impossible.

The girl was curled up to the window, despite the piercing cold draft, and breathed lightly on the window pane. Once fog appeared, she wrote “I’m lonely” with her finger.

She did not have many outlets for self expression, and her window writing served as the best that she had.

If you looked closely, you would find that there were other messages that had faded away, but not entirely, remaining as a constant reminder of her misery.

“Does anybody see me?”

“Can anybody hear me?”

“Is anybody there? Anybody at all?”

Her thoughts were interrupted by a sound that sent dread coursing through her veins.

She distinctly heard the sound of angry footsteps ascending the stairwell on the other side of the apartment door.

Casting a frightened glance at the clock, which read 2:00 PM, she leapt to her feet. He was an hour early, and she was not expecting him.

Looking frantically around the apartment, she realized the true catastrophe of her situation.

She had not washed the dishes or boiled a new kettle of tea, nor had she made the beds or washed the clothes.

These were her domestic duties that bound her to this apartment, along with the fact that her step-father had taken her in out of “good will”,

which she knew realistically to be obligation to her mother.

She was constantly reminded that she was just “another mouth to feed” in the midst of the occurring Depression, and for this reason,

the wrath of her stepfather was usually bestowed onto her with little consideration to relation.

Her mother had fled the moment that Mia was born to become an actress in the city, abandoning her daughter in the clutches of her stepfather, Michael, who saw her as a burden and nothing more.

The girl shared this miserable existence with him in the confines of his miserable apartment, and she resented her mother more and more with each passing day.

The heavy, misguided foot steps indicated that he was in his usual state of intoxication; the girl quivered with dread.

She knew what was coming to her, what the next ten minutes would bring; this only made it more terrifying.

The door slammed open, and there he stood, beer in hand, cigarette clinging to his lips, and his burly countenance was accompanied by the smell of tar and liquor.

He stood for a moment and took a quick examination of the room until his fury was uncontainable.

“Why is this place in such a clutter? Don’t you know it’s your responsibility to keep this place clean, you good for nothing, useless little girl?

” His voice was growing louder and his words were slurring sporadically. The girl remained seated, staring back at him with wide eyes aghast with fear. She kept her mouth shut.

“Answer me, damn you! Do you think I slave away at work all day to come home to this filthy excuse for a place to live?

No wonder she run off and left you. No wonder that woman’s wastin’ her life chasin’ a ghost and’ll never amount to nothin’, just like her daughter.”

The girl had been quiet and vacant up until these words met her ears. They were coarse and piercing, drilling the truth into her core, stirring her sentimentality to a boil.

A hazy blindness consumed her mind and she lost control of her actions entirely.

“How dare you!” Her words came out as a desperate screech, and she hurled herself in his general direction.

Upon meeting her target, she flailed furiously, throwing punches, clawing, biting, twisting her way around his hands and screaming bloody murder all the while.

Her outburst was not unmet by the man’s equivalent in rage. Again and again, he hit her, brutally, without compassion, without feeling, without humanity.

This tussle lasted for about ten minutes before he collapsed to the ground in a fit of coughing; the girl took this downfall as an opportunity for escape.

She sprung to her feet, tears streaming down her face, and fled the apartment. Stride over stride, her legs carried her as far as they would allow.

She had only made her way to the public library before she felt her body grow weak and she knew that soon her feet would fail her.

Within five minutes she found herself at a table in the library writing furiously on a piece of paper.

Momma, I know you think I’m gonna be a burden to you, but you just gotta come get me outta this place. Michael ain’t nothin’ but awful to me.

He wake me up at the crack of dawn and he make me work till he gets home. He drinks a lot and when he drinks, he gets real mean. He hits me and he tries chokin’ me sometimes.

He doesn’t ever give me nothin’ to eat and when he does it ain’t hardly nothin’. You gotta come help me, Momma. You gotta come back for me. I won’t be no bother to you, I won’t get in the way.

I can’t go back home now, I just can’t. He’ll kill me. Help me, Momma. I don’t wanna live with Michael no more, I don’t know what I’ll do. Please come get me, Momma, please.

Folding the piece of paper as nicely as she could, she scurried out of the library, turned the corner, and ran all the way down the street to the post office.

Flinging the door open, she heard the sound of a little bell and the secretary, who was engrossed in a book and sipping coffee, turned to look at her.

“Can you mail somethin’ for me, Miss?” The girl approached the woman and handed her the folded paper.

“Yes, dear,” the woman accepted the letter, looking down curiously.

” The girl turned around and limped out of the post office. The woman stood for a moment, looking at the folded paper which read “to Momma”.

She lifted her gaze to the window and watched the girl leave, with sorrow in her eyes.

“Poor girl,” she thought to herself, as she went back to her book and her cup of coffee.