Commaful
Chapter 14 of the Princess and The Tomboy 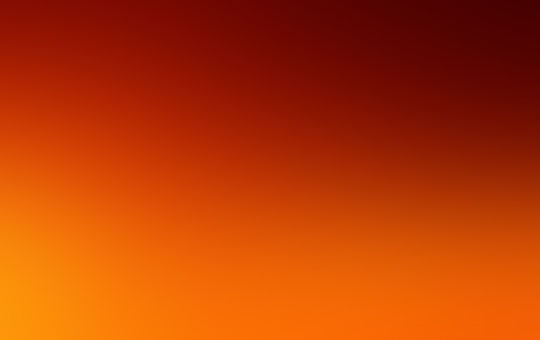 maishahassan1 Not active anymore!
Autoplay OFF   •   5 months ago
Transcript Use Images
Chapter 14 of the Princess and the Tomboy is here!

Chapter 14 of the Princess and The Tomboy

"Hey, dad!" "Hey, kiddo. C'mere." He extended his arms for a hug. I ran towards him and embraced him. It was these moments when I realized how much I missed him. Usually, we kids never appreciated the presence of their parents because all they did was embarrass their kids.

But I wanted that.

Because that was the closest to normalcy for me.

"I missed you, daddy," I said once I pulled back. He smiled, his eyes glistening with tears. "I missed you too, kiddo." He quickly wiped his eyes and took a deep breath before starting, "So, how's everything going?"

I smiled. "Great, my boss pays me well and I got a new job that will cover your hospital expenses." I omitted the whole 'I-will-be-a-princess-part'. His eyes widened in shock. "R-Really?! That's great news! How-When-Where did you find that job? How much are they going to pay you? Is it enough? Do you still need to work at that restaurant?"

"Dad, dad, dad, relax! They pay me well, but I still gotta work at that restaurant." Dad frowned. "I thought, you'll finally resign from your old job." "I will. One day." He shook his head in disbelief, "Your one day will never come. It's now or never, kiddo. Now or Never."

I fake-gasped. "You are not my dad! Who are you and what have you done to my father?!" He laughed, clutching his heart. Honestly, it was nice to hear him laugh once in a while. It was like, after mom died and he was admitted here, we forgot to have a nice time.

"I am serious! I know martial arts so do not dare to do something to me. Hiyaah!" I came into my fighting stance, provoking him to start fighting but he did nothing other than laugh at my antics. Oh, what I would do to continue watching him laugh!

"You...sure..are..one..of...a...kind!" He exclaimed between his laughter. I gave away my best superhero pose and said, "Yes, superheroes are supposed to be one of a kind. Normal humans by day, crime-fighters by night." "You sure are a hero, kiddo."

"Of course I am! And my sole mission is to save your life!" His expression became solemn, his eyes darkened and all of a sudden the room became eerily silent. "Dad...?"

He stared at a distance, emotions swirling in his eyes. Hurt, anger, pain, a bit of relief, satisfaction and every other emotion to have ever existed on this planet. His trail of thoughts quickly broke and he faced me with a smile.

The one that did not reach his eyes.

"Nothing, kiddo. I was just thinking." "Thinking what? Dad, you know you can tell me, right?" I placed a hand on his shoulder, pressing him to reveal his thoughts. But my dad was the most stubborn person to have ever taken birth on this planet.

When he wanted to hide something, he made sure he hid it well. He would not spill any beans even if his life was depended on it.

"I told you it's nothing. Can't you just let it go?" "I'm your daughter, dad. I'm just as stubborn as you are." I reminded him. His lips curled into a smile. "You know, in these times, I really wished you were more like your mother. Sweet and let-go attitude."

I shrugged. "Well, guess that will just stay a 'wish'." "Although, you do look like her." He smiled, staring in my eyes and reminiscing his beautiful past with my mother. "Sometimes, I see her in you."

"You still her miss her, huh?" He chuckled. "That's what true love does to you, kiddo." I sighed, shaking my head. "I will never understand that subject."

"Of course you will! You just have to wait for the right guy. A guy who would love you more than I do and treat you like a queen." I shook my head. "No one can treat me better than you dad." "Tell me that after you've fallen in love."

I playfully smacked his arm, "That is not going to happen for a really long time!" He chuckled. "I said the exact same words to my parents before I met your mother." "Sounds like you're going to go all 'Ted Mosby' on me. Should I be horrified? Is it going to take long? Should I prepare to live here for the next nine years?"

"Are you done...?" I asked, already exhausted from listening to his love story for over three hours. It was a way shorter version than what Ted told his kids but still exhausting. "And kiddo, this is how I met your mother- Now, clap Charlie! For I have narrated the most loved romance of the 21st century!"

He pointed his index finger at the sky. I clapped as he asked and he half-bowed, as he was on his bed.

"Everyone has their other half somewhere on the planet. Some find them really quickly, like Marshall and Lily, some take a really long time but don't end up forever, like Barney and Robin and finally, there is the kind of people who have been there with you for as long as you remember. All we have to do is recognize them and keep them forever in our hearts."

"So, you're saying the whole 'the one' crap is pre-destined?" He gasped. "Chalotte Robinson, this whole thing is not 'crap' ! This is true. Everyone has their own other halves, you have yours too."

"I don't believe you." "That doesn't change the fact." He retorted. "Then why haven't I found mine, yet? I am a tomboy, dad. Guys don't love tomboys. They love girls who have cleavage to flash, wear layers of lipsticks and makeup and do all those typical girly stuff."

"But-" "Not all guys are jerks and assholes, Charlie. Your mother used to be a tomboy, too but I still loved her, didn't I?" "But-"

"No buts, I am not pushing you to believe something you don't because of circumstances I don't know of, but I will say you one thing: Your perception will change someday." "That someday shall never come, dad."

I walked out of the room, not being able to continue the conversation anymore. The topic of conversation had turned from being light to intense in a matter of hours. Once, he started talking about 'love' and 'the one' and 'the other half' nonsense, everything that happened with Nicole flashed in front of my eyes.

Since the incidents with Nicole and Jackass-McCrae, I stopped believing in love.

The only love that existed was between my parents.

And now that was gone, too.