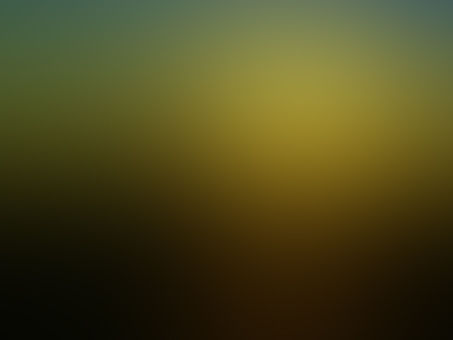 magizinu Community member
Autoplay OFF   •   2 years ago
Transcript
The sun bleached rock of the city wall loomed over the group of children like a vigilant mother while scruffy cats lounged against the warm rock. Their hair was unkept, hands streaked with red dirt, and jubilance shone from their faces.
fiction

The sun bleached rock of the city wall loomed over the group of children like a vigilant mother while scruffy cats lounged against the warm rock.

Their hair was unkept, hands streaked with red dirt, and jubilance shone from their faces.

Running along the wall, they carved runes out of wet clay onto the ground, painted stones, and imitated fantastic beasts.

“Pa says our harvest will be big enough this year that he’ll buy me my own cicpharon.” Quipped Jenge, his feathery red hair blowing out behind him.

“Ours is gettin’ old, and he thinks I’m old enough t’take care of one.”

Most families had at least one of the creatures. They were formidable, loyal, and intelligent, and a status symbol. Only the poorest families didn’t have one.

As the canine- like animals grew, so did their number of ears and horns.

Their sharp hearing and tough skulls made them excellent guards against thieves, which were abundant outside the inner city.

The group of children passed a tanner shop, which was steaming with foul odors in the hot air. Freshly-skinned raverds hung from the ceiling, swinging gently like apparitions.

They stopped and watched a worker gut a small bird with disgusted fascination, his hands moving too quickly for them to fathom, until it became tiresome and they moved on.

Playing in the alleyways behind the markets and shops, they tried catching the feathered lizards that darted so quick under stones and into cracks.

This is how Kiyët had spent her whole life; when chores and prayers were finished, she would meet her ruffian band of playmates at the innermost city wall, where they would spend hours playing,

running, and laughing. This is how they ended up at the lavish doors of the Stägneigh library.

“Shall we go in?” Asked Jenge.

“I’ve been before, ’s nothing but old textbooks.” Drawled Dramin, one of the eldest of the group, at fourteen. The cold marble bit at Kiyët’s exposed feet.

“There’s a stringy old man there, lives in those books. He’s a crab, that one. We’ve best be cautious.” Dramin continued. “I’d be a crab too if all I had was runes for friends.

” Cikonda said cheekily. “Lets go in. I want to see if he’s got pincers for hands.”

The grand doors squealed like swine as the children pushed them open, cringing at their loud entrance. A few students glared at the noise, then returned to their entranced reading.

Cikonda was immediately enthralled with a large golden statue of the lion-like creature looming over one of the shelves, and sauntered over to admire it closer.

None of them were used to such grandeur; they came from farming families from the outskirts of the city.

The statue was larger than a man, intricately carved out of flat planes; not a curve existed on the piece.

A proud snarl curled the creatures lips, and ruby eyes glistened like hearthfire under the yellow ceiling lamps. The whole thing made Kiyët feel insignificant, a feeling she wasn’t used to.

But she could not be angry at this creature. It was too seraphic.

“Kiyët, Konda! Come look!” Came the husky voice of Dramin around the corner. Tearing their eyes off the bust, the girls hurried over to their friend’s voice.

They found the two boys crouched over a large, black leather bound book. As Kiyët got closer, she smelled mildew and dust leaking off the manuscript.

“That’s putrid, put it back.” Cikonda insisted, reaching for the book, nose wrinkled. Jenge slapped her hand away, then peeled back the cover.

He leafed through the first few blank pages, got impatient, then flipped to the middle.

“Now I can’t read, but I know that’s not our language.” Jenge said.

“I can. But this don’t make no sense. They just use four runes, over and over.” Kiyët shook her head. She’d never seen this language before. Jenge turned another few pages, then stopped dead

Before them was the most lavishly decorated page they had ever seen. It depicted a crowd of people standing before two enormous creatures.

One was painted in gold leaf and Kiyët recognized it at once as the lion like statue. A regal tail as long as its body billowed behind it.

Next to the golden animal stood another, this one plated in silver, with enormous ears and a lithe, almost spider-like body.

The greening sky above them harbored a red sun and a milk-white moon side by side. Rubies and emeralds of the thinnest and finest craft lined the border.

Seized by some unconscious impulse, Kiyët ripped the paper out of the book. Cikonda gasped.

“Kiyët, how could you!? Look how valuable that page is! You’ll get in big trouble!” She hissed.

Kiyët wasn’t fazed; Konda was always the paranoid one, and it’s not like the band hadn’t stolen before. They were just about experts at it now.

But the uneasy looks on the boy’s faces disturbed her. She stuffed the page in her horse hide pouch, feeling unnaturally sheepish.

“It’s just an old book. No one will miss it.” She said, trying to reassure her friends as much as herself. Jenge flipped another page, eyes cast.

Ghostly footsteps immediately behind them made the children go rigid.

“Hands off that book! You think this is a plaything? Off, I said! Look at your filth! You’ll soil the pages!” Came a rasping shout, and veiny hands shoved Jenge away from the book.

Kiyët dared not breathe as the librarian picked up the book. If he noticed the missing page, she was done for. Her family would be ashamed, and she might get punished.

Dread trickled into her stomach at the thought.

Her old friend Clenif had stole a chicken from a neighbor, and the Central Office had an alchemist stitch his hand to a dead frog as punishment for the theft. He had died weeks later of a fever.

The Central Office did not tolerate theft.

The librarian stroked the book like a beloved infant, rambling on about the state of Kiyët’s group. “And walking around barefoot! By Gods, put on a pair of sandals, do you want scorched soles?”

Dramin ignored this and asked in his most respectful voice, “ sir, What is that book about? It seems quite old.” “Just like him” Cikonda whispered, and Kiyët had to stifle a giggle.

The man scoffed and turned around to face Dramin. “ You think it’s a joke to play fool with me? You know what this book is, boy. I don’t need your antics.

“You mean to tell me you don’t know what you pray for every day?! What we build those walls against!? Why you must return to your mothers at dusk?

! Pitiful! Our city is going to ruin! You know, when I was your age-“

Dramin cut him off. “So you can read the runes?” The old man sputtered. Dramin smirked and stood. “My mum taught me a word about folk like you. It’s called ‘hypo-crite’.

Sound familiar?” And with a flick of his hand, the four children hurried out of the building, jeering, leaving the old man to yell at nothing.

They descended the marble-white stairs in triumph, with Kiyët lagging behind. The stolen page seemed to burn in her hand.