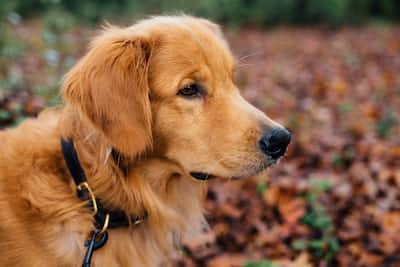 macryano 17 | perpetually confused | doodler
Autoplay OFF   •   3 years ago
Transcript
"So, Holly-dog, Hoho, Hollister, Doggo, etc. Please be all right. We'll be visiting you tonight. I hope this isn't the last time." (a message to a beloved family member)
feelings memorylovedogs

We waited months for you:

Someone to keep my grandmother company while we were away.

She was in the winter of her life that April, and moved on long before you were even born.

However, we continued in our intentions,

and in October, we picked you up from the Pet Airways airport in Los Angeles.

I remember the first time I saw you.

I clutched your picture in my hands while I sat on the edge of my seat, envious of all the other happy pet families that were reunited around us.

And then, you came out.

You were two months old. A man carried you in his arms, and called out, "Holly? the owners of Holly?"

I remember hugging you the first time,

ruffling your beautiful white coat while you ran about me, wagging your tail.

My little sister was terrified of dogs, but you were different.

How could anyone be afraid of you?

You had this sort of doggy smile that radiated joy. No one could resist you.

I remember the first time I saw you in pain.

It broke my heart, and I don't say that about a lot of things. We had you spayed, and for the following week, you just laid about miserably.

You're pretty funny. We quickly discovered that you're vertically challenged and refuse to jump into the car. We have to life you every time, and you were gaining weight. Fast.

Sorry it took us so long to figure out. I'm just glad we don't have to feed you cottage cheese and rice anymore. That was kind of nasty.

Apparently, you're afraid of cats.

I remember that one time a stray cat spooked you in the garage and you knocked over the coat hanger. That was pretty funny.

We realized that you're not a traveler and maybe are claustrophobic. You were pretty anxious during that trip cross-country in the car. Again, we're very sorry.

You decided to continue eating carpet, and that gave you an awful GI obstruction. You've endured two surgeries in the past three days. We're not sure you'll make it.

You're stable, for now.

Just hours ago you were in a critical condition with an almost completely devascularized intestine.

The last thing we want is for you to be in pain. We've never seen you suffer so much. I've never seen my mother cry the way she had this afternoon except for for her parents' passings.

Are we making the right decision?

I love you so very much, and as much as I want to say something like, "don't leave me," I know it'd be selfish of me.

What I want now is for you to be happy.

It's all you've ever made us, and you deserve--more than anyone else--to feel that way.

Please be all right. We'll be visiting you tonight. I hope this isn't the last time.