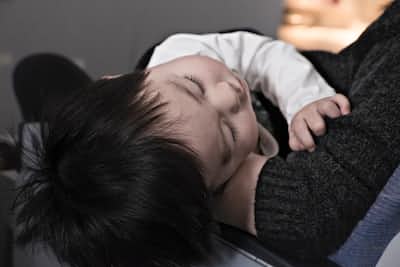 (adoptee vernacular for "the day on which I was adopted")

You'd been unable to conceive a child for a while now, so you'd come to China to adopt one. You two wanted more than anything else to have a daughter or son to love and protect.

That's where you found me.

This was the best day of my life, despite how much I cried. I cried for three days straight.

When you got me, I wouldn't stop pointing at the window.

That's where my foster family was waiting, They weren't allowed to see me off, even though they had been my family for most of my first year of life.

I quickly grew to love you.

And rightly so: you are the two best parents anyone could ever ask for: you've given me every opportunity to learn, grow, and pursue my interests.

Three days before 9/11, we arrived safely home in the US. My grandparents waited at the airport and greeted us warmly upon our arrival. For the first time in my life, I was home.

My grandfather, a World War I pilot, ran as well as he could to the dining room saying, "We're under attack!" I was sitting in my high chair being fed breakfast. You turned on the TV in a panic.

My foster family started to send us frantic emails in Chinese (which were unintelligible to us without the aid of a translator). Were we alive? Did I and my forever family make it back safely?

They didn't want to lose their foster daughter.

An innocent family halfway across the world should never have been affected by the tragedy.

I had been asking for a sibling for years. I hated being an only child even though I had you. You remember how I used to talk to stuffed animals and create names for my fictional sister?

It was time to adopt another child.

We flew back to China, after months of paperwork and waiting, to bring home my little sister. We are about as close as two siblings could ever be.

It was Lent, and to honor this time of service, we started to collect donations at school for the children still in Chinese orphanages. I was proud to be an adoptee until...

We started to learn about genetics. I'm sure you remember how upset I was about it. I felt left out when the teacher asked things like, "what traits do you have from your mother/father?"

I had been too afraid to tell the teacher that I was adopted. I thought she knew already. You called her, and from then on, I got out of a lot of quizzes and homework. Score!

I attended my first Adopteen Camp-Conference. Meeting a hundred other adoptees was one of the best experiences I ever had. It was then that I realized that being adopted is pretty darn awesome.

I went to my second Adopteen. It was then that I became serious about helping kids in the orphanages. I learned about their service trip to China, and I knew that I had to go on it.

I was finally 15: old enough to go on the service trip. We visited the Hefei Welfare Institute, and I got to meet so many of my little brothers and sisters.

The rehab center was where I found my place.

There is nothing more inspiring than seeing a smile on a child's face when they climb up three steps in bulky leg braces. I wanted to take all of them home with me.

I also got to meet so many great friends there.

Although we live scattered across the United States, we keep in touch and are still close. They've changed my life.

But you probably know all of this already.

You have been there for me my entire life (mostly). I could never dream of life with different parents. I love you, Mom and Dad. Thank you for everything.