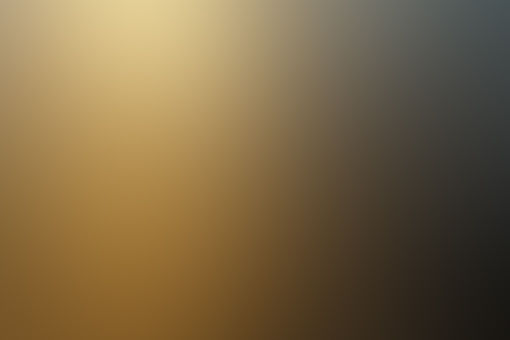 Fiery embers, hell's fireflies lit up the night as they surrounded the young man. The moonlight shining through branches lost the fight against the overpowering flames.

Pinewood cracking around him in every direction, any living soul had fled long ago. He frantically looked for a way to escape the ring of fire that made him its prisoner.

The loud noise of a tree falling in the distance, and a gust of embers disappearing in the night sky sent shivers down his spine.

He knew not what he was afraid of, but all the nerves in his body pushed him to run. Whatever walked the woods that night, brought death and destruction.

Flames rose in its wake and everything it touched turned to ash.

The man had gone to sleep early that night, exhausted from a long day of driving. He left his friends enjoy the first evening of camping as he sank into the healing world of dreams.

He kissed the locket adorned with Celtic symbols hanging at his neck, as he laid his head on the improvised pillow.

His rest however, had been cut short by a suffocating heat. He'd gone to sleep in a cold October evening, in a tent on the mountain side.

Dreams of hot beaches, deserts and even volcanoes flooded his mind. He woke up out of breath, dripping in sweat. Shock struck him as flames crept in.

He jumped out of the burning tent, a horrifying scene before him. The forest painted by fire, resembled a phoenix spreading its wings.

And there, ten meters before him lay the charred remains of his friends.

He stepped forward, rubbing his eyes. It didn't make sense, it had to be a dream. He advanced with care and inspected the bodies. Nothing but charcoal remained.

Lifting his head, his body stopped moving. A feeling of dread crept in on him, an icy chill broke past the heat of the flames. Every muscle and fiber in his body trembled and screamed.

The man fought the paralysis, his heart almost breaking out of his chest. With each breath heavier than the last, he broke free.

A brief feeling of relief would soon be washed away by sudden regret. Lifting his eyes, he gazed upon something he could not describe.

Something shapeless, as formless as the fire itself gazed back at him.

With flames at his back, he sprinted barefoot through the woods. Branches and pine cones cutting his skin, his eyebrows and hair melting from the heat.

He repeatedly hit his head with his palms to put the fire out. Fear and adrenaline took over, not only did he ignore the pain, he did not feel it.

He ran as far as his lungs allowed him, as fast as his legs carried him, until he found himself surrounded by flames.

The tears in his eyes evaporated from the heat, mixed feelings of fear and anger fought inside him. His fury at the thought of his friends burned as red as the surrounding flames.

He could not see the creature, but he felt its presence. With flames closing in, fear had won the inner tug of war and pushed him through the flames, away from the approaching danger.

The man's clothes and hair caught fire. He fell spinning uncontrollably downhill. A ball of flames leaving a burning track amidst the trees.

The Sun's rays cracking through the dark dome of the night shone on his wounds. The man covered by a mixture of cuts, bruises and burned skin, lay motionless on the river bank.

Two nearby fishermen noticed the body and rushed him to the hospital in the nearby town of Crowhaven.

The man had fallen into a deep coma, but the doctors swore to do everything they could to save his life. As weeks passed by, the medical staff were left bewildered by the man's burns.

They would not heal, instead they seemed to spread, with no treatment proving effective. By the end of the month, most of his body got covered by the spreading burns.

As the clock struck twelve on the 31st of October, the surrounding towns claimed they had never seen a bonfire as big and spectacular as the one lit in Crowhaven.

Some of the elder population even compared it to the forgotten Celtic tradition of Samhain. They all celebrated that night.

With drinks and food, communities brought together, only to learn the devastating truth the morning after. Crowhaven had burned to the ground.

An ashen blanket of charred corpses and buildings covered the land where the town once stood.

Law enforcement from the surrounding towns worked together in an attempt to uncover the events that caused such death and destruction.

The discovery of clean tracks among the charred remains, left them with even more unanswered questions.

From a helicopter, high above, they noticed the tracks formed a Trinity Knot covering the whole town. And in the middle of that symbol, a locket lay untouched by the flames.

No matter how much they struggled, they could not unlock it. To this day, that is the only evidence ever recovered from the ashes of Crowhaven.