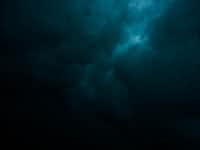 lvpxs Amateur thriller/horror/suspense author
Autoplay OFF   •   8 months ago
Transcript Use Images
Pt 2. A short story about a boy and his battle with his demons
thriller thrillerpsychologicalmentalhealthmental health

For months I forced myself not to listen to the voices. Everyday I would convince myself that they were wrong. But one day I gave up trying.

It got to the point where I was so tired of fighting that I just wanted to escape. My dad had two shotguns that he used for work and he never kept them locked up.

My dad worked for the Police Support Unit which are basically the riot police. He kept his guns at home along with his riot uniform in case of an emergency.

Some people actually blame him for what I did. They say that if he had kept his guns locked away then I wouldn't have been able to kill all those people.

However, if I hadn't had access to his guns, then I could've just as easily got one from someone on the streets.

It's scary how easy it is to get a gun nowadays, you just have to know where to go and who to ask.

I placed both of my dads shotguns into one of his work duffel bags and threw on some clothes and walked to the bus stop. A million thoughts ran through my mind, but somehow, I was at peace.

I knew that today could be the day I would finally be able to silence the voices.

I never wanted to die. Being suicidal is a burden. You are in the most horrendous and excruciating pain imaginable. But all you want is for that pain to disappear.

To someone who has never suffered with mental health issues or to someone who does not know much about the topic, a suicidal person's problems may not seem like a "big deal".

However, you need to know that the depressed mind does not think like a mind that is clear.

It can make a person feel overly pessimistic, guilt-ridden, not to mention it also makes you feel tired and joyless. You feel like a burden to your friends, family and society In general.

In a state where everything is dark and dull, a person has trouble imagining that anything can ever get better. Which is why suicide begins to seem like the only option to help.

When I got off the bus I was at the city centre. I never really spent much time up here, purely because it was a total shithole.

I didn't like huge crowds of people, so being in the middle of the city, definitely wasn't my idea of a good time. I walked around for about half an hour before heading over to the market.

I knew that it would be full of people setting up their stalls and trying to get there early to avoid the rush.

I was still trying to talk myself out of it, but I had to do it, it was the only way they would let me be free. I know it sounds crazy talking about my voices as if they are real people.

Though after dealing with them for as long as I have, they do become real. They continuously haunt me. They're with me at all times. I cannot escape.

At 8:42 exactly, I walked into the bathroom and entered the furthest stall from the door. I opened the duffel bag and loaded the shotguns. Each gun held six shells.

I gave myself a few minutes to see if things would change, but nothing. The time was 8:59 when I exited the bathroom.

I pulled out the first shotgun, and at 9:00 I aimed into a crowd of people surrounding a big stall selling clothes and fired.

At first people weren't sure what was going on, but it didn't take long for people to realise and start running. I calmly walked through the stalls, firing at the crowds running.

People were dropping to the floor, writhing and screaming in agony. With the first gun empty, I pulled the second one out and continued to fire.

What felt like forever, was actually only about three minutes. I counted about nineteen or twenty people on the floor who weren't moving or who were obviously injured.

All the bullets were gone apart from one, which I planned to use on myself.

I wasn't sure how many people I had killed or injured, but the spread from the shells was big enough to hit several people at once.

I know it's a fucking stupid thing to say, but shooting yourself is not only extremely hard to do, but if you do do it, fuck me is it painful.

I could hear police cars speeding through the market and officers shouting. I only had seconds to react. It was 9:07 when I made my final decision.

I put the shotgun to my gut and pulled the trigger. Darkness. Everything went black, my ears rang and I could taste iron. I dropped to the floor and all I could think was "Fuck I'm dying".

I was sure I would die there and finally be free.

I blacked out and woke up surrounded by doctors and police officers and I was in a hospital. I was in and out of consciousness.

At 1:33pm I finally came to and was able to make sense of what was going on. I had lost a lot of blood but apparently I was going to make it through.

Tears began to roll down my face and for the first time since I could remember, I actually felt something. I had waited so long to feel something, then I felt it all. I had fucked up.

One of the officers told me that I had killed fifteen people and another five were in critical condition.

I let these monsters get the better of me, and it led to innocent people dying and being hurt.

I never wanted to hurt anyone. I tried so hard to convince myself that what I was being told was wrong. But when you hear something every day, it embeds itself in your mind.

You condition your brain with this negativity and it begins to become normal. I had become so consumed by my illnesses that I believed what I was doing would help. And look where I ended up.

Confined to an asylum in a padded room, sentenced to two-hundred years in prison. Worst of all is that they followed me. It didn't help.

Nothing did, I'm still suffering everyday with these demons. It doesn't matter what medication I''m given, these monsters have dug themselves too deep.

I understand that what I did was wrong and I had to suffer the consequences. However, I couldn't carry on for the next seventy plus years, being taunted by these voices.

Being told what to do, how to act. Being controlled. It was the 2nd of November 2009 and I had managed to get hold of a shard of glass from a broken television in the recreational centre.

There was a fight in there a few days ago and I managed to sneak a piece of glass out in my waistband. I was going to end it once and for all.

The doctors would not be doing the rounds for another thirty-two minutes, so I had plenty of time to bleed myself dry.

If I were to slice a carotid artery then I would be dead before I hit the floor, the extreme blood pressure drop would cause me to faint and then within a matter of minutes I would be dead

As I said before. I never wanted to die. But when you've lived with something for so long. Everyday struggling to keep going. You come to a wall with only one option. End it.

Mental illness is very real. Mental illness devours you. It fucking eats away at you. You can call me a coward, you can say I'm selfish for taking the "easy" way out.

But unless you've experienced it, you won't understand. I knew that I was probably going to regret it the second it did it. However, the thought of finally being free put me at peace.

I would no longer be immune to feeling and emotions. And the monsters could no longer control me. In my final moments I felt happy for once. I, Damien Cuthard, had finally won.

I had finally found my escape. My eyes became heavy, my chest became warm from the blood. Peace.