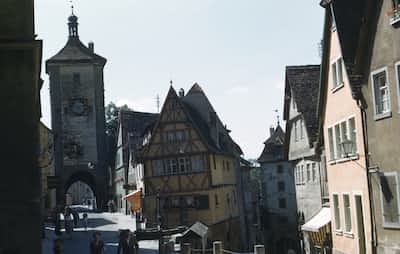 lvl1npc Just writing what I feel like writing.
Autoplay OFF   •   3 years ago
Transcript
They say cats were never meant to meow.
fiction catsopenended

I looked away from my television, the old Monday comedy was beginning to bore me- my arms stretched back as I yawned.

A sense of curious wonder begin to fill my chest, as the room was basked in the final light of the day, the beginning of nightfall.

Admist the beauty, I noticed a glint of light belonging to a familiar feline. I opened the latch of my window, beckoning the black furred stray- who I had affectionately referred to as Noel.

Being whimsical beings that cats are, I did not tie him down as mine. He was an occasional visitor, and I a mere server who shared treats with him.

And it was the same for that day.. or so I thought as I couldn't help the feeling of enchantment in the midst of dusk- the transition to night a mundane, yet otherworldly element.

"I wonder if I'm going senile, Noel.." I muttered silently as I stroked his fur. I looked down once again at my companion as he licked his paws.

Suddenly, I recalled what someone used to tell me. That cats only learnt to meow after adapting to humans, and were in fact never suppsed to make a sound.

Noel must not have been much of a people pleaser then, I concluded. I've never once heard him make a sound, even as much as a short purr. A silent fellow he was.

As I stroked his fur, I breathed out another yawn. The cause of my drowsiness could only be blamed on the musky orange light that entered through the windows. Oh how I've aged.

When I could resist the temptation no more, I let my eyelids drop. The last thing I saw being Noel's sharp blue eyes, the image burned at the back of my mind even as I slipped into slumber.

It was already nightfall when I finally opened my eyes, jostled awake only by the jingle of keys opening the door. By then, Noel had already left, his presence no where to be found.

The door finally opened to reveal the fatigued face of my son. When our eyes met, he mustered his best smile. His brave front he showed just so to prevent me from worrying.

"How's your day been, Dad?" He asked in a light hearted manner, attempting casual conversation. Well better than his, I presumed as I replied to this with a simple "It was fine"

My mouth moved as I attempted to form the words. However, only silence erupted from my mouth. I tried to materialise my words again, but as if I were in a vacuum- there was only silence.

Looking at my flabbergasted expression, my son let out a tired chuckle. "What's wrong dad? Cat's got your tongue?"