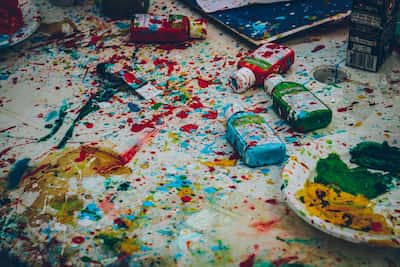 lvl1npc Just writing what I feel like writing.
Autoplay OFF   •   3 years ago
Transcript
How do you judge between a dream and reality when you have already lost your ability to judge?
fiction dream

Who would've thought the border between dream and reality so thin, so fickle, I wondered. I rubbed my wet hands across the hem of my shirt and looked into the mirror.

I stared into the dialated eyes of the sullen-faced man reflected, framed by a face of sunken cheeks and skin an ashen shade of grey.

The youthful look of the still 30 year old man was gone; the sole perpetrator being himself and the object that lay on my table. Who would've thought a mere curiosity would turn out this way?

My previous self now a mere shadow. I couldn't bare to look any longer; I turned my eyes away from the mirror- pulling myself out of the dream like daze. I closed my eyes and counted 1 to 10.

My ability to differentiate between fact and lies, memories and dreams had diminished. I remember that I had a family... no I was never married.

I recalled my friends promised to buy me a drink or two after my rehabilitation....no they all left me thinking I was as good as dead. The contradicting thoughts screamed in my head.

A cacophony of noises persisted as if attempting to earase any bit of sanity I had left. Silence..SILENCE! When the turmoil didn't subside, I slammed my head into the wall.

Ah..much better. Finally I was alone with my thoughts- the distraction gone. A feeling of peaceful tranquillity filled me as I once again looked into the mirror.

I couldn't help the smile that begin to form on my lips as my eyes met with those of the old nostalgic figure- the figure from a past so long forgotten.

Overwhelmed by nostalgia, I couldn't help but mutter a little "Welcome back" at the similarly beaming, rosy cheeked man; his body bold and strong- still unexposed to the poison called drugs.