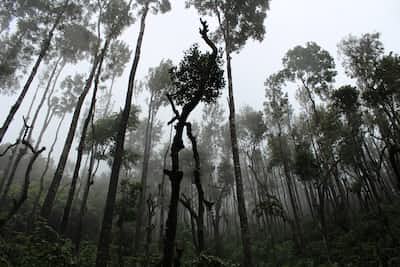 The boys burst into the house,

hurriedly kicking off their boots at the back door before going any further.

Everything looks exactly like it did when they went out to play.

It is 1985 and the furniture and décor

are a clash of pieces mostly from the sixties and seventies,

some bought new, some second hand, and some are hand-me-downs.

Nothing has been upgraded in the past ten years,

a testament of thoughtful care and financial mediocrity.

victims of having two rambunctious growing boys in the house,

are overdue to be replaced.

A comic book lays discarded on the floor, open as if it is trying to fly away.

The Thing is caught forever in an epic battle

The television, an ancient tube set, sits dark and quiet on its stand.

A pair of discarded boy’s socks are tossed carelessly on the floor,

and the latest edition of TV Guide sits on the coffee table.

The house is dead silent except for their own breathing.

Kevin stands there, looking around.

The house is exactly as they left it before

they went outside to play. How long has that been? An hour?

Everything seems a little muted.

And more dusty than he remembers.

Jesse runs into the kitchen.

After a pause of a few heartbeats, Kevin follows.

Jesse pauses just inside the doorway, looking expectantly for their mother.

The teakettle still sits on the stove top,

, two tea towels hang from the oven door handle where they were hung to dry

after washing dishes in the sink, and the table is set for dinner with places for four.

Flour and sugar bags sit on the counter top

next to a mixing bowl with a wooden spoon and measuring cup,

pulled out in preparation of baking a cake.

Their mother is not there.

They run through the house calling,

They end their search back in the living room, out of breath.

“Where could she be?”

They pull their boots back on and rush out the door

door into the backyard, trained not to use the front door

because that would somehow make more cleaning work

for their mother, and around the side of the house to the front.

They stop, staring around wide-eyed,

and turn to stare at each other, their faces full of fear and confusion.

They are standing in the woods next to that old stump.

There is hell to pay if their mom ever hears them use bad language.

Hell is one of many forbidden words.

Kevin turns to him, appalled.

“Seriously? You’re worried about me cussing?

We are back in the woods! How? This is impossible!”

“What?” Jesse is sulking now.

“Wasn’t there grass in the yard?”

“Yeah, so? There’s always been grass in the yard.”

wondering if Jesse is just being dumb or is messing with him.

Kevin’s shoulders sag with the futility of it.

Do I even bother? He sighs.

“Jesse, do you remember what the yard looked like?

Just now, when we went back to the house.”

“Yeah, your bike was lying on the grass. I almost tripped on it.”

“Where was the snow?”

They both just stare at each other.