Commaful
The Woods 4: The House - First Entry in 30 Years 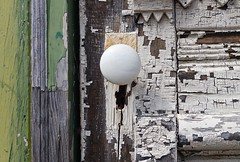 Author of dark fiction
Autoplay OFF   •   3 years ago
Transcript
thriller

The key jams in the lock, not wanting to go in.

The realtor looks at him nervously and smiles.

His grimace gives face to the lie. He isn’t so sure it will work.

He fiddles and struggles with the key for too long before

His smile is almost sickly with relief.

He turns to the prospective buyer,

hoping yet again that this is not a big waste of his time.

His commission is going to depend on how much the house actually sells for.

It’s not the usual commission deal.

He is getting more than the average commission percentage, an unusual agreement made with

the municipal office that wants only to unload the property and get it off their books,

doubtful anyone will bother to bid on it.

This guy is the only person who has shown an interest.

He could bid a dollar, the lowest bid allowed, and walk away with the property for nothing,

than the price of a cup of coffee.

He tries the door, hoping it opens easily.

A warped door can turn off a buyer before they see anything else.

The door sticks in the frame and, after he puts some weight into it,

giving up the fight to hold together.

They enter the house and step back thirty years in time.