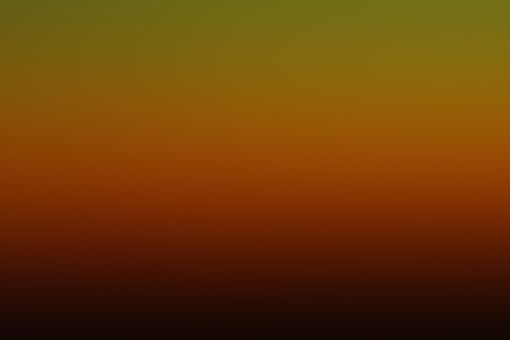 He dips a finger casually into the small pool of blood, dabbing at it lazily like paint in a paint cup.

Careful not to drip the crimson wetness from his fingertip, he brings it to the canvas. Gently and with great care, he spreads the blood about the canvas, dipping his finger again and again, each time returning to spread it across the canvass, creating a brightly splashed picture.

He doesn’t know who’s blood it is, nor even if it is human, animal, or something else. Where the blood came from does not matter.

It is the magic, the life that once throbbed through the veins of something living and feeling; that is what matters.

The odor of the blood fills his nostrils. It is a little sharp, kind of salty.

If he tasted it, he knows it would taste salty, red, and a little bit like smelted iron. It smells good, fresh. It has to be fresh or the magic would have faded away.

The canvas he paints always changes. Sometimes it is large, an entire field of battle. Sometimes it is smaller, a group of marauders falling upon a caravan, or an attack in the dark dirty recesses of a city’s worst areas.

Sometimes it is tiny, the sweet breath of an infant drifting through tiny pouty lips.

The canvas he works today with such care was the rocky crags of a mountain. As he painted, the canvas vibrated with a dull rumble as of a thousand distant hooves stampeding.

This was no stampede, however; at least, not one of living creatures rushing across the ground in a frenzy of fear. A few pebbles clattered across the rocky terrain, kicking up tiny puffs of dust as they went.

The group travelling low on the side of the mountain paused, looking around with startled eyes. They felt the faint vibration of the ground, their ears barely picking up the distant rumble.

A child stared curiously at a small rock that rolled and clattered past.

With a deliberate and practiced hand, he painted the mountainside, coloring bright red trails down the rock face.

The rumbling grew louder, the ground shaking with increasing fury. The pebbles and rocks already lightly clattering down the mountainside were chased by larger rocks, boulders, and clouds of billowing un-breathable dust.

The small group, related families forced to relocate, began to scramble in a frightened panic.

They grabbed at children, dropping some belongings, keeping only that which was essential for survival.

They ran this way and that, growing confused with fear, running for their lives.

One woman tripped and fell, her infant clutched protectively in her arms, scraping her arm and leg on one side on the sharp rocks.

A little stunned, she lay there breathing hard, staring at her husband who had been hurriedly picking through their meager belongings, discarding anything they could not eat.

He gently dabbed a spot of red upon the head of the man. Looking almost bewildered, the man stared at his fallen wife, pleading with his eyes for her to hurry to her feet and run.

A boulder flew by them as if hurled from the mountain by a giant invisible hand, flying past between the two with unstoppable momentum.

After it had passed by, the man’s headless body stood there, wavering slightly, his head now a small red smear being painted down the mountain by the rolling boulder.

So intent were the terrified people on fleeing the rockslide that most of them did not even notice the dark and terrible winged creature that swooped down silently from the sky, its tattered cloak flapping like the rotting sheet wrapped about a corpse.

The creature seemed somehow indistinct, as though only a shadow of it could touch this world.

The man’s wife watched in horror, a terrible scream tearing from her throat as she watched the monster swoop down and grab her husband’s headless shoulder with the long fingers of one taloned hand.

It turned its faceless head towards her as it reached down with the other hand into the new orifice that used to be his neck, and tore away the shadowy shade of the man writhing and fighting to remain sheltered inside the dead body.

The creature’s blood red eyes remained motionless and locked on her as it stole her husband’s soul.

With incredible speed, it lifted off, swooping away into the sky with its still struggling cargo. The man tried to scream as he fought the powerful monster that spirited him away, but could not.

He was but a shadow, without form or a body. On the ground his body still stood there, wavering slightly, then slumped slowly to the ground, its heartbeat slowing, slower, stuttering to a stop. Perhaps half a minute had passed.

He continued to paint his canvas of rock and lives. Very few would survive.

The mountain shook violently, those who missed being crushed by the falling rocks found themselves gasping and choking on air that had been replaced by dust, unable to breathe, suffocating.

The black creature swooped down from the sky again and again, stealing souls from the broken bodies as their life ebbed away. Always it moved swiftly and silently, with deadly precision.

When the violent shaking of the ground stopped at last, the rumbling faded away into the past, and the dust began to clear on the soft breath of the air, the aftermath became apparent.

An ugly gash scraped down the mountainside, a trail of broken debris showing the path the rockslide had taken.

A child wailed. A woman’s hand poked feebly from the ground, waving weakly, smeared with blood and dust.

He had a name once.

It has been so long since he has heard the name uttered that he could no longer remember it. Most called him by another name.

His dark cloaked shoulders shook, the rotting fabric shreds moving as though its tattered remains were made of delicate gauze.

He wept for the newly collected souls.

(This will eventually be a full length novel) Look for published books by LV Gaudet on Amazon.