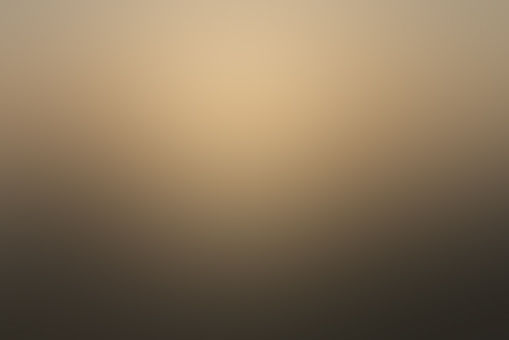 I fished for change in my pockets, pennies jingled excitedly as I dug down into the clothe.

Nothing so far aside from the sound and weight of multiple coppers hiding, playing with me, pulling my trousers to one side.

'just bear with me, I do have it', I cast my hand back in frantically grappling with material. ' Its no worry me love, no rush, you're the only one here'.

I looked back around hazily, she was right, the place was deserted and I was the only other soul here.

'Do you want salt and vinegar?'.

I froze, the words hung on me and the air, sour and acidic. 'Yes, please'. The words tumbled out, hastily, the query stung by my words.

I looked to the ground ashamed at myself and my treatment of her. I stared, waiting for the paving to crack and break, leaving only a chasm for me to fall into. Nothing happened.

The wind blew, the ground remained solid and in between the seconds that ticked by I heard the pitter-patter of the condiments being lagged over the mid-morning meal I brought.

A meal I did n't even want or need. Like a fool I had embarked on a family ritual, his ritual. Nothing had changed.

My eyes rose to a ruddy face and beaming smile. I couldn't focus, I couldn't see. I fumbled the paper and chips from her hands and mumbled a thank you and good bye.

Turning haphazardly, I pulled my coat up around my face, the package close to my body, its warmth penetrating my coat as I strode off into the grey.

Finding cover along the promenade, I nestled myself between the wall and bench away from the wind and ocean spray.

The structure battered and rusted, paint peeling from its columns and bird shit covering its slats, it still stood proud and strong.

I pondered the fact that the building had survived and weathered more storms than I could imagine. ' How can it have survived for so long when it looks so unloved'.

That was a thought I could not, would not answer out loud. I clutched my stomach, a dull ache emanating out from it.

Was this hungry or something else?

Nothing my body told me made any sense, it was a mis-match of confusion, elation and guilt all mixed together in such a way that up could have been down, left was right,

day felt like night and all other patterns and process had dried and broken up.

Every moment, motion and thought was a experiment for how I truly felt and I the scientist, prodding, poking and recording the result and outcome. I sat for a minute analysing.

'it must be hunger' I thought ' I did nt sleep last night, I drove for 4 hours to get here without a break'. The answer satisfied me, the exactitude of my assessment tugged me out of my stupor.

Placing my hand within my coat, I grabbed at the pack of chips nestled between my layers of clothing. The pack had now metamorphised into a cold hard lump.

Placing it on my lap, I pulled at the paper, first carefully then with more abandonment as my stomachs plight took hold.

The rustle and rip of the paper made me smile, its sound evoking a childish joy in me through memories of gifts from loved ones. This moment was taken from me as quickly as it had come.

The chips lay loose and limp in the packing, grease pooling in the bottom of the rags soaking through leaving a oily window between the two. The smell was vile, acidic and cheap.

The chips themselves had taken on a grey hue akin to the rest of the town I found myself in.

Placing one in my mouth, it lay lifeless and limp on my tongue. With disappointment I bit down. A surge of vinegar burst across my taste buds, clinical and bitter, stripping my gums of feeling.

Their temperature by now luke-warm, the lack of structural-integrity from their pseudo-embalming had made the chip mush, any other texture had been rendered into paste.

I spat it on to the floor in disgust.

Why the hell was I here, what good could come from this?

Fuck him, fuck his views and ideas, fuck his hold and habits, fuck how deeply ingrained they had been instilled and become, fuck the lies and the facade that had been created.

Happy Families and the rest.

The hypocrite would describe himself as a person of high spirits, pith and vigour. A man of the people whose only reason for existing was to bring zest to others through his own brand of mirth.

'Its all about intelligence and wit son' he would proclaim ' with this you can have people eating out of your hand'.

they no longer said anything, merely smiling and laughing just to get on by.

I suppose you could say he was a lively character, colourful and punchy in his observations and words, engaging with those he lofted up with high praise, platitudes and approval,

added to create interest and excitement for him and to others. All of it was a false impression of value, a facsimile of a relationship between all groups, a sociopathic party trick.

Underneath it all, the comments and racy jokes were there to push and pull, he was both your best friend and enemy all rolled in to one for his pleasure.

Personally I would call him a bully, Mussolini with a smile, coarse and rough. His vicious speeches and tirades would bring people to their knees, in tears.

He bit and would not let go, shaking them to metaphorical pieces, hungry for blood.....sweat and tears.

I believed he had a vampire-like quality in him, the more they quivered and tired to run, the stronger he became. Perhaps hunter is a better analogy? Or apex predator.

Either way I never saw anything that truly hurt him or was his enemy or ferocious equal.

His methods were a focused vain and narcissistic formula, without effect and consequence for him but self-sustaining and over-powering.

For example he had tired to separate me out from my siblings, slipping in half-truths and using his fist against them,

in an attempt to dissolve me out of their lives and eradicate my connection and feelings to them. Much to his anger I was a seasoned veteran, a life-long learner of his patterns and process.

He would tell me, his voice sour with contempt, ' this is the salient point boy, so listen to me. You are not good enough, you never will be, you're nothing like me, you never can be.

Some would say thats ok, but not me. You know why? Cus you need to know the truth and the reality of the situation.

I'm not having you think this world is all rose tinted, you better take those glasses off before you get really hurt, even if its me who has to do it'. That was him all in one.

His goal was to mine me out till I was empty and hollow, he hated that I would not wholesale buy into his world-view, although I will admit in many ways he had succeeded.

My overall survival was due to one idea that had managed to grow in this poisoned land, I knew him better than he knew himself.

Every word he had ever said, every action or reaction, every promise and guarantee was a falsehood and I knew how he worked it.

Therefore I took him and my experiences with a pinch of salt and an attitude of scepticism, stalling his blatant attempts to coerce, manipulation and abuse.

It initially only compounded the problem, which naturally he had used against me. How dare I! I was the problem, not him.

For years there was no cure or treatment to his actions, I stayed, waiting in stasis.

His attitude and experimentation mixed and perplexed me. Bitterly I left as soon as I could, safe and angry in the knowledge that he would not change.

My expulsion allowed me to turned myself inside out, looking to find one basic sensation or valuable material that was solely mine, hacking back at the web of detritus,

bringing myself down to the simplest components. From this I began to create new seams of character, interlocking them with rich experiences that creating a structure to build around.

My memory of him sucked and drained dry the goodness put in, moments returned in a dessicated state.

In an odd way I was happy to dig in my own and his dirt, each memory an emotional stump, rooted deep down.

Each day I ventured in, returned to them with new tools and energy, treating myself like new land, tilling through my thoughts and feelings,

feeding and tending to myself with love and understanding of the task at hand. The experiences of living had nurtured me more than he wanted too or could of.

When he died I felt nothing, it did however bring out more in others. Death, I thought, brings out an odd quality in people. How many had come to me with condolences, with sympathy and sorrow.

Unsolicited letters, texts and phone calls, social media messages from a college face I could no longer name. I have lost count of them all.

These were the same who had known me my whole life, who had seen, heard and at times been on the receiving end of this man.

This is what aggravated me, they knew his cruelty, yet in death apparently I must immediately mourn the loss of this man.

As if all was forgiven and was ok, as if the past meant nothing to them or me.

The idea I felt and was expected to accept was that death absolved him of all he had said and done, that in reality he was truly an outstanding man, a good man, a family man, a loving man,

a real fucking man. And what a man, what a towering display of humanity, what a martyr and a saint, a pièce de résistance of fatherhood.

I shuddered at the thought as this crystallised in my head, a tear rolling from my eye, solitary and alone.

In that moment I knew that for all that he had said, I was worth it. I had and was healing faster than I knew. Looking out to the sea I pulled my coat tight.

The weather had worsened, morphing into a dark tumultuous storm, the sea waves thundered across the barricade and a salty breeze blew overhead.

As I walked I smiled, feeling warmer and lighter than I ever had before, safe in the knowledge I'd be ok.