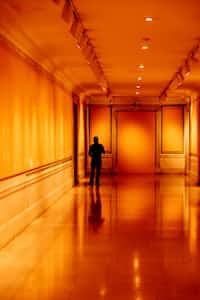 What is the mystery at Valley View library? Do you want to know the true meaning of what lies beyond the basement? The librarian never let anyone go down to the basement.

Larry was always sure that she had bodies down there or at least she did witchcraft. But Larry's admirer told him that she had left something down in the basement in the library.

The weird thing was that he had never met his admirer, so he was kinda creeped out when the note said to go into the basement, but he was determined to see what she had got him.

The problem was that he couldn't get into the basement during the day because of the librarian, so he made the irrational decision to break in during the night.

Larry entered the nearly empty, quiet library. A chill ran down his spine as he walked through the lobby and down a winding stairwell.

He referred to his note and soon found the table with the mysterious package through a maze of book-lined shelves.

Larry looked around, but there was no sign of the person who may have left the package.

What could possibly be inside the neatly wrapped box, and why had his admirer chosen this library to leave the package?