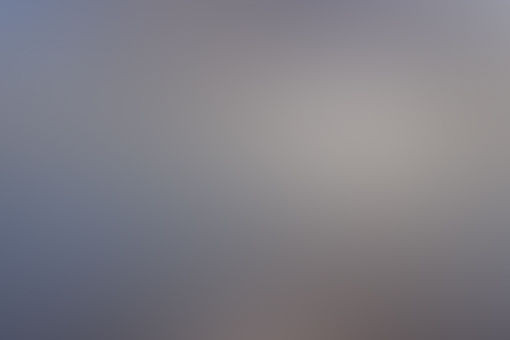 lowol Community member
Autoplay OFF   •   3 years ago
Transcript Use Images
Tyler,an 18 year old boy,had previously promised his childhood friend,Mia that he would become a moon knight and protect her from the demons.However due to a certain tragedy that took place in the past he is doomed to not be chosen as one by the moon deity.

Will he still be able to protect Mia as a normal human being or will he break his promise and live as a commoner?

"So......?Are you going to come to the festival?" It was the seventh time that Mia,the girl walking by my side asked me this question. "Even if you ask me a million times I am still not going to change my mind."

"But why?This festival happens only once after every thirty five years.The next time it takes place you may not even be here." "Fine by me" I answered the girl's question without any second thoughts. "Even if it means you won't be able to see me in my once in a lifetime glorious form?"

"I would rather prefer to play mon** hun** than to watch your so called 'once in a lifetime glorious form' ". " How Rude!!!!" Mia puffed her cheeks and glared at me when I said those words.Maybe I was a bit too harsh on her.

Mia Tsukino is a descendant of the legendary moon priestess,a woman or more precisely a hero who had protected this country from the demons during the time of its formation.She had put up a barrier in order to prevent them from entering the country.However she had stated that the power of the barrier would deplete after every thirty five years and so it was the duty of her--

--descendants to replenish the power through an important ritual which was later transformed into a festival.The Tsukino family can easily be identified by their white hair and pale blue eyes.Mia was not an exception.

"If we don't hurry up we are going to be late for school you know?" "Are you by any chance trying to change the topic?" "As much as I would love to,I am stating the truth." I quickly increased my walking pace after reminding her.

The disciplinary in charge scolded us for at least three minutes before we reached our class. Nothing special happened during the classes and finally after trying my best to pay attention in class for four periods straight,we had our lunch break. I sat with my best friend,Pete,to have lunch.

"Tyler,I know that Mia is your childhood friend but you should avoid being with her,at least for now.Since you are not a 'knight'." He said the last word in a soft voice in order to not hurt my feelings...I guess. "I will....but after she chooses her knight.Its too risky to leave one of the moon priestess alone after all."

"And the reason why she has not chosen a knight is because you are always with her....I am sorry if this may sound rude but even though you are from a family of moon knights who has always protected the moon priestesses since ancient times,you,Tyler have failed to become a knight and inherit your family's name,so it would be better for you to keep some distance from Mia,who is one of the most important ---

---person in this country.I am not insulting you,just think of what I said as a piece if advice from your best friend and a knight." I already knew about it,me failing to become a moon knight and getting too close to Mia....but when I heard those words from Pete,it just made me feel angry and hopeless at the same time.

Maybe it was because I was jealous of him.As I began pondering too deeply on that matter,I felt a slight tap on my shoulder.It was none other than Mia and her group of friends. "Wow,that was quite the scary expression you had there.Is everything alright?" "Yeah everything is fine.Just got a bit lost in thought."

"Hope it was not about killing someone?.. Just kidding." "You..." "Oh and good job taking care of that demon Pete." "You flatter me,after all,it is my duty as a knight to exterminate any demon that even tries to touch Miss

Winona...anyways...Mia I think its about time for you to choose a knight.According to the research base the demons are getting more restless and aggressive since the time of festival is near."

"I have said this many times but I don't want anyone other than Ty-" "Stop fooling around Mia.You already know that Tyler can't be a moon knight.What if a demon possesses him and attacks you!Due to your obstinate behavior you will be putting both Tyler as well as yourself in danger."

This time it was not Pete but instead one of Mia's close friend,Gwen,who put her opinion forward.

Gwen,a girl with a strict nature,is also one of the strongest knights along with Pete and many others.She used to play a lot with me and Mia when we were kids but after she was chosen as a knight we rarely talk to each other. "But I trust Tyler,I am sure that he will chosen by the-" *Ding* *Dong* *Ding* Lunch break was over.

"Well,no use talking about it.Pete lets clean up the tables before the teacher arrives and Mia..." "Hmm?" "Thank you for not giving up on me but I think you should give it a thought about choosing a knight." "Tyler...how...could you,out of all the people,say that?..."

I could hear the sadness in her voice.It hurt me to say those words but I could not ignore what the others said.After all I doubt I will be able to handle a single demon all by myself and those without the power of the moon cannot purify the demons who have possessed living creatures......Later after school Mia left without saying a word.She must have been really mad.I should probably apologize to her tomorrow.

I left for home along with Pete.We parted ways after reaching the bridge which connected the north part of the town with the south.I sat by the slope of the stream and rested there for awhile thinking about all the turn of events that happened today.....

Before I knew it I had fallen asleep.It was night already with the moon shining brightly and the lamppost lighting the way to the town.I quickly got up and started heading home.Uncle would be extremely mad if he finds out I am outside at night,since the demons find easy prey at night.

....Mia,I am sorry for saying those words,it was all just to protect you.After all you are the only one who deeply trusts me but since I am weak I doubt I can protect you from the demons especially from ***Tyler stopped in the middle of the bridge to look at the clear water of the flowing stream.Due to the bright moon everything was reflected crystal clear on the water.

The trees,the lamppost,the stars,however there was something strange in the reflection of the boy.Instead of the image of a high schooler there stood a creature that looked like it could easily snap a human's neck.Its two pair of eyes along with razor sharp fangs gave it a very menacing appearance.If someone were to see it in a night,they were sure to be given a fright(rhyme not intended) ***

Myself as it has already been more than seven years since I have been possessed by one. ..................... Thank you for reading the first chapter and sorry if my english was not good.Well see you in the next chapter ...if you still want to continue reading it...I hope you liked it