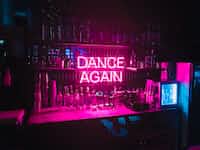 I felt my phone buzz on my couch i pick it up and see a post on twitter, I see that the post was uploaded that it was well something that had to do with BTS. I played the video instantly realizing in the video Namjoon was singing and now I know he's drunk. I grabbed my keys and walked out of my apartment. Closing the door quickly and glancing around to see if my cat was here. She was not so I just locked the door.

She had a cat door to get in anyways. I looked at my clothes while walking down the old crappy stairs of my apartment. I hate it here but it's all I could aford at the moment with my Tea culture job in seoul. I took off towards the direction of my car I was happy to help Namjoon at any point in time we where best freinds. Even though sometimes I don't want to be. I fell for him about 3 years ago, 'what is he-'

My thoughts got interupted when I heard a ding from my phone again. It was from text messages. Mr.Rapmon😝:Y/nnnnnnn Y/n:yes? Mr.Rapmon😝:where are you? I prayed he wasn't gonna come to my place and crash his car cause of his druken state.

12:00 am Y/n: I'm here seen 12:01am Joon was one to respond quickly to things and him not responding worried me a little but I pushed it out of my mind when I arrived at their place. I soon walked onto their porch and rang the door bell it was late. Not one person answered so I rang it again.

Soon a tired looking Jungkook answered the door,"What?" He asked sorta annoyed."Please tell me your gonna take Hyung with you?!" he said annoyed at Namjoon for being loud. "Yea I am I know how he gets when he's drunk." I said with a light laugh. He let me in and I went into Namjoon's area of the house. I opened the door to see him filming on his phone a white light came from his computer he was filiming.

It said army on it and some other things I couldn't quite make out to much then he jolted towards me with the camera. "Y/nnnnnn!" he said excited like a kid."Come on your coming home with me your drunk and disturbing everyone around you." I said serious about him getting so drunk. I knew he was going out tonight but I didn't think it was going to be so bad. He just frowned and said,"No!"

Again like a kid,He stopped recoding it. I then said,"Come onnn...." he slowly got up sadly collected some clothes for tonight. I pushed him towards the door so we could get out as quickly as possible. I knew the guys needed sleep most likely they worked alot and worked hard for Army. We got out of the house I had a spare key I never used it was for the front door. I locked it and helped joon into the car.

"You better not throw up in my car-" It was too late. "I haven't even left your drive way!" I yelled at him. "The drive is only 20 minutes!" I said annoyed at the sudden action of him throwing up in my car I spent my money on to buy permenately. I just drove home with the windows rolled down. I glared towards him, he was fine for the rest of the drive. Still drunk as a skunk but didn't throw up.

I helped him out of the car and into my apartment. "Here I'll go collect you some blankets and......a pillow." it took me a minute to pick up where I was leaving off at my mind running around as fast as a car at 150 miles an hour. I finally recollected my thoughts but I was already collecting blankets and pillows. I made a spot for him on my couch,"Alright go shower Joon." I said throwing him an extra towel.

"Don't you wanna join me?" He said jokingly but I went red like a tomato. "i-I no I don't thanks but no thanks." I said throwing some of my clothes in the washing machiene. After alot of complaining and acting like a child he finally went into the shower. "Bring your clothes out when your done!" I yelled from outside of the door. 'He'll be fine.' I thought cleaning off counters before bed.

I waited on the couch so I could start laundry. I was on my phone simply just looking through all the comments of Army on Joon's drunk videos. BTS=OPPARS says;"LOL HE FR SAID SHAWTY!!" I just laughed a little, I heard the shower go off and Namjoon walked to change in my room I countinued to just sit there.

He finally came out and I patted the spot next to me. He sat down listening to me. "You okay?" I asked putting my hand on his shoulder. Namjoon didn't do anything. Just kinda sat there it seemed as if he was in deep thought. He finally answered my question,"Yea...." Now that I think about it.....he's never been in my apartment, "You have a nice place." He said with a smile,it made me blush.

"Uhm thanks!" I said smiling again. He took my hand from off his shoulder and started messing with my hand. "You should go to bed Joon still drunk remeber?" I said laughing at the end. It was quite and he was still messing with my hand. He scooted more towards me and laid his head in my lap. I giggled and played with his hair. I think he was thinking of saying something to me. I can tell when he contemplates,

he contemplates saying things alot. I can always tell when he wants to say something,"Something troubling you joon?" He looked up at me from my lap. "Yea.....I like this girl......and I don't know if I should tell her or not." I don't think I've ever been hurt more but it was my petty feelings or his and I choose his. "You should tell her really I'm sure she'd like you back I mean who wouldn't?" I said smiling.

"okay I should tell her now." He has her number?! I didn't know that. I then hear him starting to talk again. I heard the ending of it and it made my heart swell. "I'm in love with you." He was still looking at me in the eyes so I just kissed him."Me too joon,me too." He lifted his head off of my lap. I smiled at him and hugged me and laid me down on the couch to cuddle.

~The end~ A/N: Wow that took forever to get out :) But if you read it I hoped you enjoyed all of the cute fluff Im finally getting stuff done Also sorry if it's not accurate I don't live in seoul or korea so love ya loves -Bailey💅