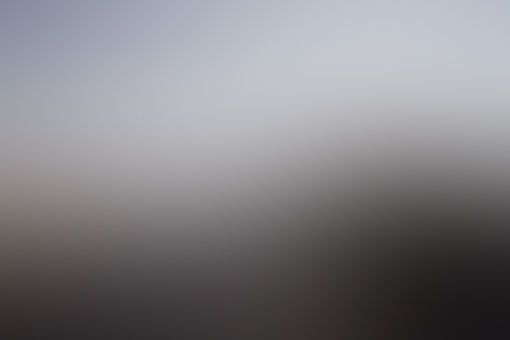 lovelylunaa Community member
Autoplay OFF   •   3 years ago
Transcript Use Images
Chapter 2: @k33pitc00l I wake up my alarm clock screeching in my ears, as I’m dreading the fact that I must spend another day with a bunch of ax wounds. I mean, I love school, but I just hate the people in it.
romance romancefellingsreal life most romantic real life storiessaddest real life storieslgbtq real life stories

I wake up my alarm clock screeching in my ears, as I’m dreading the fact that I must spend another day with a bunch of ax wounds. I mean, I love school, but I just hate the people in it.

I slunk into my seat on the bus. And the ride to school couldn’t have been more dreadful.

I’m sitting in front of this cute brace face and he is so gorgeous but the second I notice he’s sophomore I rush off the bus when we pull up to the school.

I get into a Wi-Fi range and another message from Instagram pops up. The same guy from last night. @AcefulRaces00. He sent me a paragraph. I skimmed through it. The text reads:

I know we barely know each other but I really think that you are beautiful.

I read the first sentence and I’m already bored. So, I scroll through my Instagram stories and then post on mine. It’s a post with emoji’s and what they mean. I caption it with “Swipe up”.

The bell tortured my eardrums when I finally get the message that I should be heading to class. I head to history and all we did was copy notes and read the textbook. In second hour Ms.

Proctor reminds us how much integers mean to her. And then she starts teaches us about them.

She wants to make the class more appealing to us by cracking jokes that she thinks we’ll find funny, but she’s just as bored as we are. In homeroom my teacher Ms.

Wagner keeps yelling at us about the dress code.

“All pants must be fingertips length or longer! No shoulders! No spaghetti straps! Stop smiling you’re too happy” I think she’s only upset because she’s Ms. Instead of a Mrs. And she’s pregnant.

When the bell rings I go to introduction of Microsoft word. Where my friends and I like to goof off. The teacher doesn’t mind. As long as we get our work done and pass his class, he’s fine. Mr.

Smith is the best! We go to lunch when the bell warns us to hurry and get to the line before you don’t eat at all. I sit with my friends, but stare at my phone while they crack sex jokes.

I finally text that guy back when I see he’s been blowing up my feed on Instagram. I text him “hey” and he responds as quickly as possible.

I explained to him that I’m only a freshman and we barely know each other. And we go to 2 totally different schools, so he must have the wrong page.

He responds with he stumbled across my page and saw how pretty I was and had to let me know. I told him I disagree strongly, but I thank him.

He replies with the casual “NP” I told him my lunch period was over and I had to go. But then he asked to be friends. I said sure to satisfy him.

But then he started to type again my signal blocked out when I stepped into the classroom.

Practice once again. But we practiced stunts. I threw the girls I had to catch them. Even when they made me mad (which sucked). When we took a water break I saw the text messages he sent me.

“I wanna spoil you”

“I’m gonna take you on a cruise”

“I get my car in December”

“u wanna move in together when I get my apartment?”

I thought it was cute. Majority of it. Well, all of it I didn’t have a problem with. The only glitch was that we barely know each other. And that’s what I replied with and two lhh emoji’s.

He started typing again but coach called us back to the mats to practice our competition routine. At the end of practice, while I walked home I slapped my headphones in and blasted my music.

He texted “then let’s get to know each other.” Beneath that was a paragraph about him. I read the paragraph on the walk home, and he saw the fact that I saw the message.

@hauntedbythehaunted: OK. My name is Kaiya. I go to Shady Oaks High School. I’m a freshman. I’m 14 years old. My favorite color is black. I have 3 sisters (two which whom I live with.

) and a family that treats me like crap. Nope, I think the crap would have a better life than mine.

We kept having a deeper conversation and then I arrive home where my mom’s boyfriend is yelling into his phone. I’m letting you know now this is normal…for him.

Well, for all of us who live here. Or who are just renting a space until we graduate. We pay our rent with chores and chores and promising to work hard.

Our payment as they put it, “You have a place to sleep right? You just ate something right?

The least you could do is wash the damn dishes every two weeks!” So, when I say, “Good afternoon Mister Marcus.” He waves me off and I walk inside of his house.

My little sister (Daniella), and my older sister (Rosetta) stop their conversation to examine the fact that the sister they despise so much, has finally arrived home from cheerleading practice.

“Marcus wants you to walk the dog.” Rosetta says.

“I just got in the house, chill bro.”

My little sister butts in “Yeah, we know that, and no one is excited just walk the dog.”

I nod and slap on a grin. I do as they say to avoid anything that could’ve made the day worse than it already is. So, I walk my dog and I see my cute neighbor/friend Brady.

His hair was big and beautiful, and he was so sweet and smart and showed such empathy. We talked during the summer, but his football ego got the best of him.

I told him I liked him, and he said he wasn’t ready to date. But now all I’m hearing around school is he’s dating my former friend Britt.

I didn’t think it was true at first, but then I saw them all lovey dovely in the school court. I was pissed when I thought about it, so I kept my head down and walked faster.

I get to the other cute guy on my block and he was outside playing football with his friend. He turned around and waved.

I almost kissed a pole when I was focused on imagining kissing him instead of waving back and watching where I was walking.

I turn around, so I can head back home where I was being questioned about my existence.

I answer all the questions before they hop in the car to go get my mom from work. I decide not to go because I know she cares about my existence as much as my real dad does.

And I haven’t seen him in 3 years. So, I repeat my same nightly routine. And as soon I come out of the shower. I have three missed video chats from @AcefulRaces00.

I forgot his name for a second. And I asked him. He started to text back, but I heard an elephant stampede that was disguised as my family stumbling into the door.

I rush downstairs and asked my mom how her day was. She doesn’t answer, and she starts to make dinner.

So, I sit down and try to start conversation with her as the rest of my family gets on the couch to watch tv.

“You know I love you right mommy?”

I realize that she can’t deal with the fact that her own daughter loves her, so I tell her I’m not hungry, I already showered and I’m going to bed. She says ok. And says good night.

I yell good night to everyone and their responses are dull. So, I got into bed and turned on my alarms when I saw the text messages from @AcefulRaces00. He replied.

“Kameron” I say aloud and like the way it slips out of my mouth. I smile and text him back good night. He doesn’t reply. So, I doze off.

With my last thought being his name and how much I liked it.