Commaful
Eve Of The End 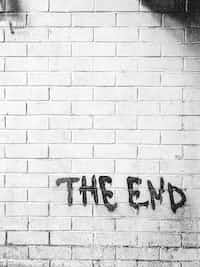 lovelace123 Simply an aspiring writer~
Autoplay OFF   •   a month ago
Transcript Use Images
Most prophecy books were destroyed during the reign of king Eldon. There were eight books recorded that survived. Some books which descendants of those seers hid books inside their homes. Possibly some of these books could bring the end of the world.
fiction a little romancelovelace123fantasyprophecyend of the worldendoftheworld

Eve Of The End

Eyes the color turquoise dipped below her dark brow.

An elvin eye shape and pointed nose gave her an exotic and attractive appearance, unique in an alluring way.

A pile of books lie in her hands as she awkwardly yet gracefully set them on a nearby desk.

"Welcome to the Eastern Library. I'm Gwendolyn Izalea, but you can call me Gwen," The woman smiled, holding out a slender hand to him.

They shook hands, Gwen brushing a strand of her hair behind her ear and blushing in embarrassment.

"Caladan Quail," He responded, glancing quizzically at the dozens of shelves surrounding them.

Several bookcases promised volumes of interest, one Caladan noticed was on the subject of witchcraft.

Gwen nodded shyly at him, her soft laughter ringing like a bell.

"Are you interested in the art of witchcraft," The librarian inquired, her curiosity pricked.

Caladan shook his head, placed his pack on the desk beside Gwen's books, and revealed a thick hardcover journal inside the bag. "Actually, more along the lines of fortune-telling.

Particularly the origins of this book."

She adjusted her glasses to see the book more clearly and with an inquisitive expression asked, "May I?"

With his approval, Gwen lifted the heavy book and studied its contents for several moments.

"This book is certainly old," She said after a minute. "At least fifty years or more. I wonder..."

Lost in thought, the young librarian started for a section in the library with the book held securely in her arms.

Trailing behind, Caladan paused to read various titles before stopping beside Gwen at a nearly empty shelf.

As a scholar, it seemed unusual to Caladan for a bookcase to be almost unoccupied unlike the rest of the library.

But by the spark of intelligence in her eyes, he could tell she was familiar with the concept.

"Most prophecy books were destroyed during the reign of king Eldon.

The people believed it to be a sign of The End, so they exiled all seers and burned their books the following Winter.

Some books survived by the descendants of the seers hiding them in their own homes.

There were only eight books recorded that weren't burned...but this book is unheard of," She explained.

"I remember reading in one of our prophecy books about forbidden journals that trigger The End. And...I think this journal is one of them. Of course, this subject isn't my expertise.

The head librarian would know more about such books."

She handed him the journal with an apologetic expression though Caladan didn't seem to notice her flushed cheeks when their fingers touched.

"You said the head librarian might know more, is it possible I could speak with them?"

Pausing, Gwen considered the idea. "I suppose. Knowledge is welcome to anyone with the desire to learn. He's usually in the more ancient sections, towards the left of the library."

Nodding gratefully, Caladan headed to the left with Gwen as his guide.

He couldn't help but notice the slight limp she walked with though at first glance it seemed incredious to her elegant nature.

It didn't take long until they'd arrived at a more distinguished wing of the building.

There was more natural light in this part of the library than the others which gave it a more serene demeanor as sunshine poured across the room.

A middle aged man with raven black hair and eyes similar to Gwen's, sat dutifully at a table. He was invested in a tale Caladan had read before about a boy who befriends a great stallion.

It was a classic story that many grew up with in the regions of Seaosia.

Raising his eyes from the pages of the book, the man grinned invitingly. "Ah, Gwendolyn. I see you brought a friend, who is this?"

Caladan returned the smile, seeing the head librarian was indefinitely close to the young Gwen.

"I'm Caladan Quail, a scholar from the coast of Debinaire."

The man cocked an eyebrow, glancing questioningly at Gwen.

"You're a long ways from home, Mr. Quail. Allow me to introduce myself. My name is Nathaniel Izalea, I'm Gwendolyn's father.

Not to sound ungrateful, but I assume there's a reason for your visit from Debinaire."

The scholar nodded. "I recently discovered one of The Forbidden Journals, and I believe there is one in this library."

By LoveLace123. Hi everybody! This is pretty old writing so it may not be as experienced. This is also in the middle of a book I was trying to write. Did you have a favorite character in this chapter? Comment if you did and would like to share why.