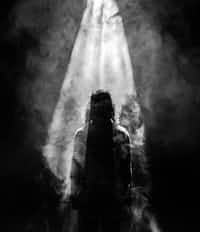 lotsofpulp92 Community member
Autoplay OFF   •   2 months ago
Transcript Use Images
When an Agent for Pakistan's ISI is revealed to be a traitor Agent N13 is sent to take him out.
fiction noirspyfictionshort storyshortstoryactionadventuredarktensepulp fiction

Agent N13 looked down at the unconscious bomb-maker. It had been almost too easy to track the target down and break into his hotel room.

With no security measures, N13 quickly administered a sedative into the sleeping target and now assumed his identity.

The bomb maker was only part of his mission. The Agent's real target was an officer for Pakistan's Inter-Services Intelligence.

Known only by the alias "Zair E Lab Hona," the officer had an infamous reputation for spycraft.

A member of the ISI's Covert Action Division, he made his mark in Afghanistan, running operations against the Taliban.

He was considered a valuable operator by allied agencies, but there was one problem. He was also working with the Taliban and other Jihadist groups in the region.

Recent intelligence had revealed that he had given up undercover agents and leaked various operations.

Though the war was over, this couldn't be allowed to stand. Agent N13 was sent to Srinagar, India, where the Pakistani Agent was now operating, aiding rebel groups in the Kashmir region.

N13 had discovered that the target was going to meet with an American bomb-maker.

The meeting took place later that evening. The Agent arrived posing as the bomb-maker and was greeted by two gunmen along with the target himself. They shook hands and got down to business.

The target had uncovered a safe house being run by the Indian Intelligence Bureau and wanted it wiped off the map.

Suddenly two of the gunmen left and returned with a hostage. The target explained that the man was an informant for the Intelligence Bureau.

For the Agent to gain trust, he would have to execute him.

The Agent tried to talk his way out of it, but the gunmen then took aim at him. Reluctantly the Agent pulled out his weapon and pointed it at the hostage.

In one swift motion, he turned his gun, firing on two of the gunmen. Taking them out caused the target to flee the scene. Two other gunmen rushed in and were shot by the Agent.

Quickly he freed the hostage and ran in pursuit of the target.

He could hear the running footsteps of his target and chased after them. He arrived at a burnt-out building and cautiously entered.

The Agent moved slowly, trying to listen for any sign of his prey.

Suddenly his arm was grabbed, and he was disarmed. The Agent regained his footing and swung back. A violent struggle ensued, and the two men grappled.

They exchanged blows until the Agent tackled the target through a wall and fell onto a grassy hill. The target broke free and began feeling around the ground.

He found a brick and struck the Agent with a blow to the face.

As the Agent laid on his back in agony, the target slowly approached and knelt down beside him. He raised the brick in his hand, poised to deliver the killing blow.

Suddenly the Agent's fist went up, striking a blow to the target knocking him back. The Agent quickly subdued the Pakistani on the ground pressing his arm into his throat.

The Agent took his arm off the target and laid down. The Target had struggled for what seemed like an entirety, but eventually, his life left him.

Beaten and exhausted, he closed his eyes and tried to regain his composure.