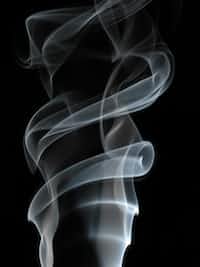 lotsofpulp92 Community member
Autoplay OFF   •   2 months ago
Transcript Use Images
After two hitmen botch a job, they are pursued through the French countryside by Agent N13.
fiction noirspyactionadventurefictionshort storyshortstorypulp fiction

The car sped through the French countryside. Agent N13 felt the vehicle hum as he pressed the pedal firmly to the floor.

The Agent was in pursuit of two assassins who had targeted the Tunisian ambassador. The gunmen belonged to Anshar al-Sharia, a terrorist group operating in North Africa.

They had crashed a diplomatic event held by the French government but botched the job. Still, they gunned down civilians in their hasty retreat.

Agent N13 had been at the event undercover as Intel had indicated that an attack would take place.

He cursed himself for not spotting the men in the crowd and was now determined to bring them down.

The killer's car came into view, and the Agent shifted gear. Increasing the speed, he rammed into the back of the suspect's car.

The gunmen's vehicle began to swerve when the Agent gave them another nudge.

Taking a violent turn, the gunmen's car went off the road, flipping over. The Agent's car screeched to a halt. He got his weapon and carefully approached the scene.

Inside the car was one of the hitmen still buckled in and sitting upside down. He was severely hurt and bleeding profusely.

The Agent pulled the wounded man from the car, but he died shortly after.

The other hitman was nowhere to be found. The Agent thought that he had been thrown from the vehicle. Suddenly gunshots rang out, and the Agent rushed to the sounds.

Following the sounds of gunshots and screams, the Agent arrived at a roadside Inn. Entering the central courtyard, He found one person lying face down and the hitmen holding a hostage.

'don't come any, closer or I'll shoot!" shouted the gunman.

The Agent dropped his weapon and put his hands up. He slowly began approaching the hitman.

The killer began to panic, telling him to stop approaching or he will kill the hostage. The Agent, stoic and expressionless, continued to walk towards the killer.

As the shot rang out from the killer's gun, the Agent moved swiftly and got his hands on the killer. Quickly he disarmed the hitman and knocked him to the ground.

The Agent held the hitman at gunpoint. The hostage began to break down and started crying hysterically. The Agent approached the hitman and knocked him unconscious.

He then went and tried to comfort the hostage as the sounds of police sirens approached the scene.