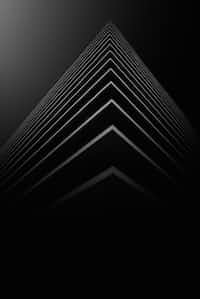 It was always difficult to feel at ease in these situations.

That's all Agent N13 could think as he stood amongst the crowd in the ballroom of a lavish mansion.

He was undercover attending the party of billionaire William Price. Although not well known to the public, Price was an impressive figure among the global elite.

He was renowned for his philanthropic work and interested in the sciences donating vast sums to universities and research institutions.

This was all well and good; however, Price had interests in other activities such as collecting blackmail material on some of the world's most influential people.

Why was it that Price indulged in this particular activity? Was it for personal gain? Was he working with someone? Agent N13 was here to find that out.

As the Agent began scanning the room, he felt a tap on his shoulder. There standing was someone from the security team. He informed the Agent that Price would like to meet with him in his office.

The Agent followed the guard up the spiral staircase to the top floor. The place was crawling with armed personal, and the Agent began scanning the area for future reference.

Entering the office, the Agent was asked to take a seat. After a few moments, Price joined the room and greeted him.

"Mr. Dalton, so nice of you to join us this evening."

The Agent smiled, knowing that his cover had worked.

"I've heard your parties are some of the best. I'm honoured to be a guest."

Price sat down and poured himself a drink

"I've read up on you. Very impressive. Old money investor, most of it in Oil. Lots of connections to Governments and private industry. I've heard that you've been asking around about me."

The Agent causally took a drink.

"Yes, well, I hear you've got an island that is quite the place."

"Heh, well then you do hang around in powerful circles. Looking to join the exclusive club?"

"If it's all they say it is." Replied the Agent.

Price's face took a menacing turn as he began to speak.

"A private island where you can have to do anything you want. Feed any sick twisted desired no matter how depraved. Yes, Mr. Dalton, it's everything you've heard.

The price is step and will require other favors, but I see no reason you can't join given your background. After all, it will be interesting to have a government Agent join our club."

Immediately Agent N13 felt the armed guard behind him put him into a chokehold. He kicked off the desk causing the chair to fall back on the security guard.

In the chaos, Price had fled the room and began calling for the guards.

The Agent grabbed a weapon from one of the unconscious guards and began firing at the door, killing more security personnel.

The Agent closed the heavy wooden door and locked it. He knew he wouldn't have much time and began to search Price's office. He found his computer and removed the hard drive.

He then left the office through the window and began to make his escape from the property.

After many weeks the agency was unable to decrypt the hard drive. During the process, the word came down the hard drive was to be destroyed. No one was sure who or why had ordered it.

In that time, Price had turned up dead. He had apparently taken his own life, but there were more questions than answers around his death. Whatever he was involved in the trail had gone cold.