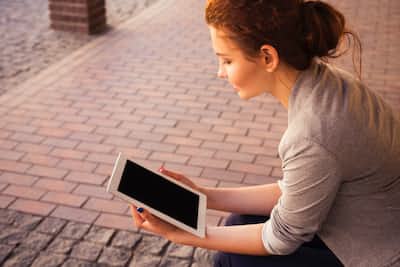 Silently sitting at a table in the heart of the mall's food court, sits Sydney Bryce. Sydney is an average woman with a less than average life.

You see on the surface, Sydney is about 5'5", average build, brunette hair, and blends in well with a crowd.

Now don't get me wrong.

Sydney is a beautiful lady, but she doesn't wear flashy clothing, no makeup and a simple messy bun rests on top of her head.

Like I said, she blends perfectly in with the crowd.

The lunch rush consumes the Pacific Place's food court. Everyone has lunch, work, and a series of other thoughts on the brain. All temporary distractions in an extremely busy environment.

Sydney sits alone at a blue table with four matching chairs. Identical to the others crammed around her. A shopping bag from Teavana rests on the chair to her right.

Her feet wrapped in her favorite black rubber, knee high rain boots are propped up on the chair directly across from her. Her black leather Miu Miu tote occupies the remaining chair.

Sydney watches everyone and everything while she goes unnoticed.

A couple, in their 30s plops down at the table to her left & almost simultaneously a group of college students claim the table to her right. An elderly couple had been quietly eating behind her.

Conversations about home renovations, private school tuition, mid terms, boyfriends, girlfriends, dorm life, and a combination of other things between the three tables have Sydney's attention.

Although each conversation may seem irrelevant to her, Sydney still takes in the words and processes them for relevancy.

A tall gentleman in a pricey designer suit makes his way to the table in front of Sydney. He has a bag from a burger resturant in one hand and an iPhone pressed to his ear in the other.

Oblivious to his surroundings and distracted by the conversation he is having, he sits his food down and pulls out the blue chair.

Seated with his back to Sydney, he begins scarfing down his lunch without missing a beat in his phone conversation.

"I know he didn't deserve it but oh well." (Pause in conversation)

"He had it coming to him. No one steals from me and gets away with it. I'm Brad Gaines and he should have known better than to mess with my money."

Despite the clamor of the conversations surrounding Sidney, Mr. Gaines now had her undivided attention. He spoke in a low voice, almost a whisper, but still loud enough for the right ears to hear

Sydney grabbed her cellphone from her tote forthwith, and began busying herself constructing a text message with the information she had just acquired.

She had to look like she was just as occupied as the rest of the people gathered for the lunch rush. Brad stood up still attached to his phone.

He glances at everyone around him and no one seems to know he exists. He was satisfied with his observation and began towards the main entrance of the mall.

Sydney was also satisfied with her latest discovery. She completed her text, sent it to herself, and smiled.

Sydney scrolls through her contacts. She spots her target and dials. "Hey Duece, it's Detective Bryce. I think I found our guy."