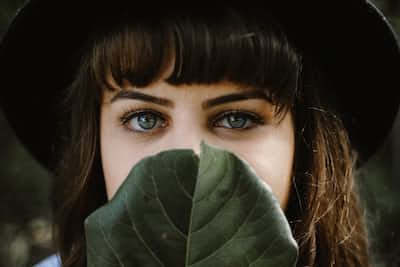 lostinmydreams Delving deeper into the unknown
Autoplay OFF   •   5 years ago
Transcript Use Images
We all live for a thumbs up, but are you willing to die for one?
thriller suspenseromancethrillerfictioncrimefiction2016 most romantic fiction2016 storiesfunniest fiction storiesfunniest crime stories

It was a typical mundane Tuesday evening for Yesenia Austin.

The time is 5:45pm and Yesenia is FINALLY done with her classes for the day. She checks her phone's notifications for "thumbs ups" and "likes" from her social media accounts

"Note to self. Quit scheduling these late classes!" She said to herself as she began the walk to her car.

As she reached her car she stopped and smiled. Her car was a constant reminder of how good she had it, even when she wasn't quite feeling that way.

The 2016 black BMW 750i was a graduation present from her parents. This was Yesenia's pride and joy.

A crisp Autumn breeze prompted Yesenia to get in her car. The seasons had begun to change and the chill of the night was beginning to present itself a lot earlier in the evening.

As Yesenia buckled herself in and started the car, she thought about how well her first semester of college was going, and how she was relieved to finally be out of her parents' home.

The drive to her off campus apartment was only five minutes away, but since it was such a beautiful evening ,Yesenia decided to take a ride around her new city in her new car.

As she pulled out of the parking lot and onto University Drive she admired the Autumn sunset. Yesenia turned her radio up and listened to the latest Top 40 hits.

Once she got on the interstate she looked in her rear view mirror and said a silent good bye to Reddix, Washington. Freedom was finally upon her!

After going east on the interstate for about an hour, the sunset gave way to a dark cloudy sky. "Maybe I should head back. I am literally in the middle of nowhere."

Unaware of the distance to the nearest exit and the weather forecast, Yesenia decided to consult her map and weather apps. Fear set in as thunder began rumbling nearby.

Yesenia could see the rain coming down in full waterfall fashion less than a mile up the road. According to her navigation system Yesenia would be at the nearest gas station in five minutes.

She held on tight to the wheel and took her time going through the torrential downpour. There would be severe thunderstorms throughout the night.

As she is about to turn off the exit, Yasenia notices a figure struggling to stand on the side of the road as the wind is forcefully whipping.

Yasenia pulls on the shoulder a few feet ahead of what she now recognizes as a woman.

A woman standing with her right arm out and thumb up. Her left arm attempting to shield the hard cold rain drops from stinging her face.

While Yasenia sat in her car contemplating her next move, her thoughts were interrupted by the pounding on her front passenger window.

Feeling bad for the drenched woman, she unlocked her car door and pushed it open signaling for the woman to get in.

"DRIVE!! DRIVE!! DRIVE!!" The women yelled as she looked around paranoidly. Yasenia sped off the shoulder and continued down the exit.

"No, no, no!! You can't stop here!! "You have to get to the police!" Cried the unknown woman. Yasenia, got back on the interstate and headed back towards Reddix.

The woman calmed down slightly, but was now shivering. Yasenia grabbed some blankets from her back seat and turned the heater up. "Thanks. Thank you so much." The woman said between tears.

"You're welcome. My name is Yesenia. What's your name?" Yesenia decided to take lead on this investigation since this hitchhiking woman rode ten miles already and just decided to speak.

"I'm so sorry. I'm just very nervous and a bit shaken up right now. But my name is Kourtney. Kourtney Watson."

Yesenia's body froze as Kourtney finished saying her name. She fumbled around the roof of her car to turn on the interior lights. Once they were on , it was like looking in the face of a ghost.

Yasenia looked at the road in just enough time to avoid hitting an oncoming truck.

After finding the best words she possibly could, considering the situation, she said, "I don't know who you really are, but I will get you straight to the police. "

The last twenty minutes of the ride were spent in an eerie silence. Once they reached the police station Yasenia took one good look at her since she was now looking at her in better lighting.

It was really her. It was really Kourtney Watson. Yasenia walked Kourtney into the police station and began telling a nearby officer what little information she knew.

The officer took Kourtney to a room for questioning. Yasenia sat in a waiting area with a million thoughts running through her mind.

Kourtney was supposed to be dead! She was reported dead about a year ago. Her boyfriend's friend had pleaded guilty to her abduction and murder. He told authorities he burned her body.

Nothing was making sense. At some point Yasenia fell asleep waiting on a detective to take her statement. She woke up and saw this tall, dark, and handsome man standing over her.

Yasenia quickly got herself together and introduced herself. The detective lead her to a questioning room and began asking questions. After a few rounds of questions he gave her the run down.

"Everything checked out with Kourtney. After performing several tests and running fingerprints, Kourtney is who she says she is."

The detective continued, "Apparently her ex boyfriend had no intention on killing her. He just didn't want her to leave. "

"His boy was already headed to prison for other charges, so they cooked up this fake murder to keep us away. Honestly, if it weren't for you, she might not have gotten away."

"What's going to happen to the ex? Yasenia questioned. "Oh, we already have units en route to his residence, and we have a team checking around for him. He won't get away." Informed the detective

"Well if that is all, I would love to go home and press play on my mundane life. This adrenaline rush life is all yours detective...I never did get your mame." "Detective Morgan", he replied.

He slipped her his card as he walked her to her car. "Give me a call sometime. You don't always have to keep that pause button pressed on excitement you know."