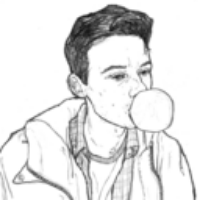 This weekend has brought Oliver, Felicity, Diggle, Laurel, Sarah, and Thea out to San Jose

While everybody thinks it's or a weekend of fun at HVFF, but the real reason may surprise you

"Darkh plans to hack the major Silicon Valley tech companies and use both their computing power and their cash to manipulate future elections", reports Felicity, staring into her computer.

"He's already hacked the biggest ones, we have less than 5 minutes to stop them"

"Do we have any idea how to stop them? How do we even find them?"

"To execute a hack this big, they need a huge power supply. According to this, there's only one possible location that can provide a power supply big enough to support that"

"This is why I love you Felicity"

"You're not going to like what I'm about to say next"

"There are THOUSANDS of people there....we HAVE to go after them"

"Wait Oliver....we can't go start a big fight there. Too many people will die"

"He's right. Darhk chose that location for a reason. He knows that he has leverage if we do go in and fight"

"Well we can't just sit and let him get away with this!"

"Wait, I got something. What if we make them move out of HVFF."

"Why would they ever move? They have leverage by being in there"

"Because they're there for the power supply. When events are happening at nearby stadiums, they use a lot more power and pull away from the central power supply at HVFF."

"There isn't a scheduled event today, which is why they probably chose that location, but I can make one and add it to the schedules"

"They'll think that they overlooked the event. They'll need to move to the nearby stadium. We can ambush them on the move or at the stadium"

"I like that plan. Felicity do it. Diggle and I will go to the stadium, Thea, Laurel and Sarah go to HVFF."

"If you get a clean look at wiping them out, take it. If not, make sure everybody at HVFF is safe and then come to the stadium"

"Guys, Damian and his crew just left. No clean shot, but the conference is safe. We've secured the location."

"We see Damian now. We've rigged the area with explosive arrows already. They go off in 3 minutes. We're going to ambush them after the exploves go off"

"We won't make it in time. Good luck guys"

"It worked....their computers and programmers look out of service to me"

"I wouldn't be so sure about that"

"You and your friends shouldn't have come tonight Arrow. This doesn't concern you."

"But now that you're here. I can finally kill you once and for all."

"The tracker you put on Damian shows that he has left San Jose. We're clear"

"Damian's still out there. But we WILL stop him"