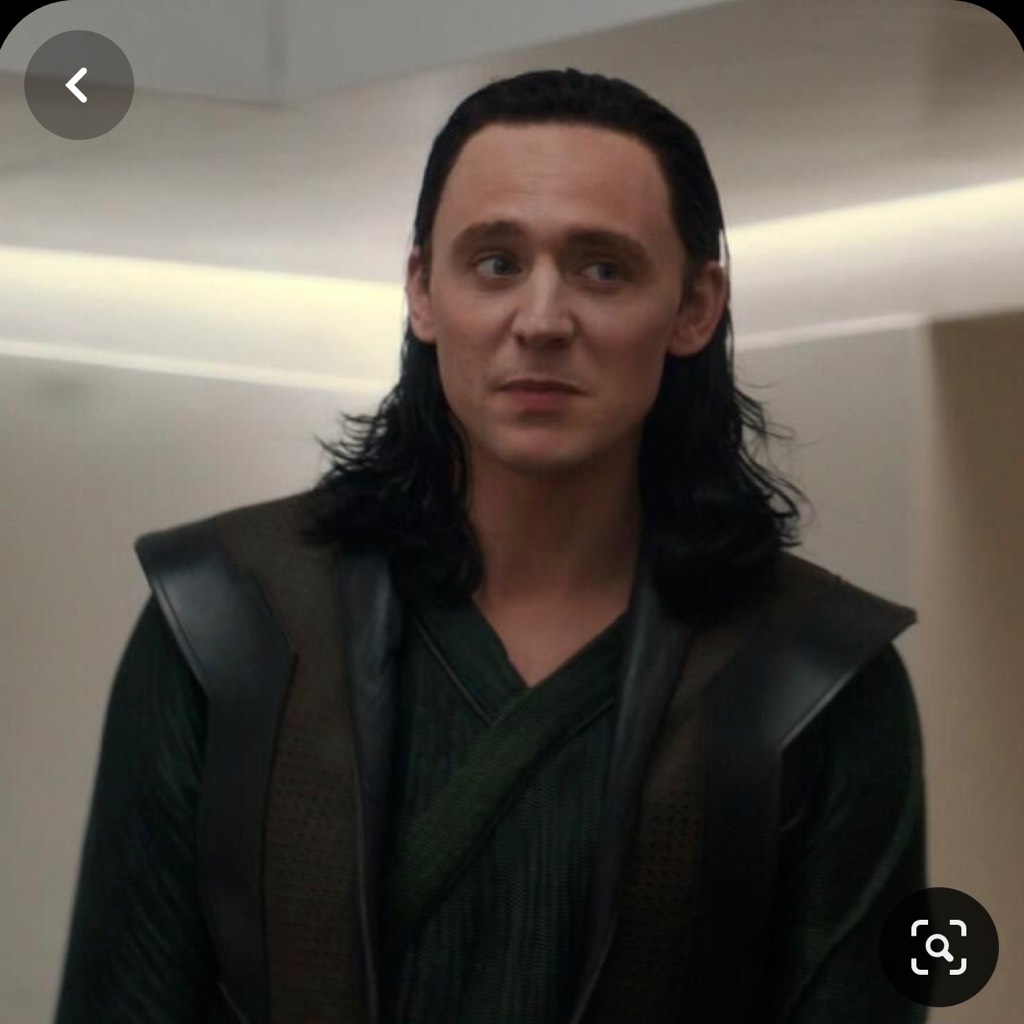 lochness8 I post avenger fanfics and HP fanfics
Autoplay OFF   •   a year ago
Transcript Use Images
Two more chapters then this fan fiction is over!
fanfiction loki-fanfiction-marvel-avengers

Please read the chapters in order, that is how the plot was written Thank you! On with the story ->

Amora Aurelia’s POV * I picked up the books that Loki threw on the floor and stacked them neatly on a shelf. They were all astronomy books. “How long till you have to go back?” Loki asks slowly putting the nightstand upright.

“I told you I’m staying.” I say sitting on his small sofa. “Don’t those Avengers need you?” He asks rolling his eyes at the word “Avenger”. “They don’t need me.” I say. “That iron man won’t miss you?” He says rather harshly. Was he jealous? Of Tony? I hold back my laughter but fail, laughing harder. Loki raises his brows confused. “What?”

“Nothing.” I smirk. “Tony’s just a friend you know.” I explain. “I don’t like him.” Loki says childishly crossing his arms. “No really?” I gasp dramatically. Loki gives me a look but slowly breaks into a grin. The sound of footsteps breaks us apart, I walk towards the edge of his cell to see Thor walking in abruptly.

“What’s he doing here?” Loki spits. I don’t say anything and step back. “Brother.” Thor says walking up towards the cell. “So you finally decide to grant me with your presence.” Loki says venomously. “Brother I-“ “Was she in pain.” Loki says quickly. I wrap my arms around Loki from behind. “Did she suffer!” Loki yells his voice cracking.

I felt him shake and held him tighter. “Loki this is not the reason I came to see you.” He says rather sternly. “I am in dire need of a favor.” Thor states earning a low chuckle from Loki. “You must be truly desperate to come to me for help.” He says. “You could say that.”

* I sat on Loki’s bed as he went to change into his battle armor. He was leaving Asgard, going to the land of the dark elves, putting his life on the line to save Asgard. “Darling, I never realized how fascinating my walls are.” Loki says.

I realize I’ve been staring at the wall for half an hour. I smile softly and Loki takes both of my hands in his. “What’s wrong darling?” He asks. “Nothing.” I smile reassuringly. “Now don’t do that to me. I know somethings off.” He says moving the loose hairs away from my face.

“I just didn’t think I’d be saying goodbye so soon.” I say a tear escaping my eyes. Loki wipes it away and wraps his arms around my waist. “I’ll always come back to you.” He says softly. “Alright?” He adds. I meet his eyes. He kisses me softly. I pull away after awhile and rest my face in the crook of his neck.

“Please don’t do anything stupid.” I whisper. “I promise love.” * I stared at the ceiling and paced around my room. Sleep wasn’t an option I already fought it for five hours.

I grabbed my robe and threw my slippers on. I left my chambers and walked towards Loki’s. I slowly open his door and walk around his room touching his desk and closet. I grabbed his warm green cape and wrapped it around me, I laid on his small bench on the terrace and stared outside. “Please don’t do anything stupid.”